Hamas' security services in Gaza are keeping a close eye on Facebook activity for hostile opinions and planned protests. 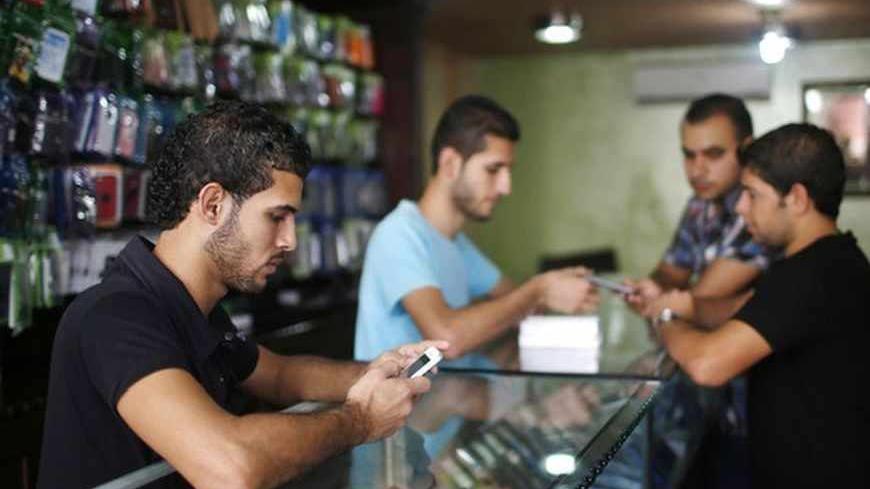 At a small desk in the interrogation room, Youssef sat stupefied as he faced an investigator belonging to Gaza’s internal security apparatus. He was presented with printouts of articles he'd written and published on Facebook criticizing the Hamas movement and its government.

In an interview with Al-Monitor, “Youssef” — a pseudonym — explains how he has been arrested once and summoned for interrogation five times. Each time, the investigator asked him for his Facebook, Twitter and email passwords to read his private messages. They also confiscated Youssef’s mobile phone.

"I was arrested and summoned for interrogation as a result of joining the youth political movement. It seemed that most of the information the investigators had about me was from articles and comments I had published on Facebook," he said.

Youssef is a Palestinian youth who spends long hours on social media as an outlet to connect with a young audience and publish articles refuting the narratives and positions of the Hamas government. He gets reactions and comments from more than 4,000 friends.

An informed source who chose to remain anonymous asserted to Al-Monitor that the Hamas government’s Internal Security Agency has formed a special unit to monitor social media, read the articles and comments that get published there, measure “incitement” against the movement and follow up on various youth activities such as protests to thwart them in advance.

Inspired by the experiences in the Arab Spring countries in urging the people to demonstrate and bring down their regimes, activists have increasingly turned to Facebook to urge Palestinians in the Gaza Strip to rise up against the government. They call for various activities, such as sit-ins and marches. The latest was a call to “revolt” against the government and against the Palestinian schism. There was another call for young people to protest Israeli plans to demolish Bedouin homes in the Negev desert in what is known as the Brawer scheme.

On March 15, 2011, youth activists used social media to organize large rallies denouncing the rift between Hamas in Gaza and Fatah in the West Bank.

The source explained that social-networking sites, especially Facebook, are an important source of security information. From Facebook, the authorities can know where and when an activity will be taking place and prepare to confront it.

Journalist and activist Samia al-Zubaidi told Al-Monitor that she has received several threats of physical harm for publishing criticism about Hamas’ practices and the government in Gaza. The threats came from fake Facebook accounts.

Zubaidi said that she confirmed that the security agencies are monitoring the accounts of activists on social-networking sites when she participated in the sit-in in the Unknown Soldier Square in Gaza City to support the Bedouin in the Negev desert. A security official tasked with dispersing the protest told her, “Dear Samia, didn’t the one responsible for your [Facebook] page tell you that the rally has been cancelled?”

Security surveillance is not limited to the Facebook pages of young activists, but also to what Gaza journalists publish against Hamas. Several journalists have received anonymous death threats by telephone.

Journalist Emad Drimly, the office director of the Chinese news agency Xinhua in Gaza, told Al-Monitor that he received a death threat over the phone after he published on his Facebook account what was considered a stance in support of deposing then-Egyptian President Mohammed Morsi by the Egyptian army.

“We have several means to maintain security in the Gaza Strip, which many are trying to penetrate. The youth are easily penetrated security-wise by means of the social-networking sites. We are making great efforts to reach everything that could be considered a security threat from all sides,” Drimly said.

“Israeli intelligence is exploiting the social-networking sites to gather information about citizens and blackmail them into spying,” read an interior ministry statement from May 2012.

Youth activists who spoke to Al-Monitor accused the internal security apparatus of using women and fake names on Facebook to find out information about their activities and whether there is contact with external parties.

When asked about those accusations — that the authorities are using women to entice activists — the source refused to confirm or deny them.

A report on Arab social media published by the Dubai School of Government in July 2012 said that 21.2% of Palestinians have Facebook accounts, while local media reports say the percentage is as high as 40%.

Youssef emphasized the role social media has had in cultivating grass-roots youth movements seeking to change the status quo.

“The social-networking sites, especially Facebook and Twitter, are a dangerous weapon that is feared by the various governments in the Arab countries, including in Gaza, because it allows fast communication among young people. The Arab revolts have raised the security apparatuses’ fear of the effects.”