After a case that lasted five years, more than 250 Turkish defendants were charged with belonging to "Ergenekon" and plotting an overthrow of the Erdogan government and were sentenced to, in some cases, life in prison. 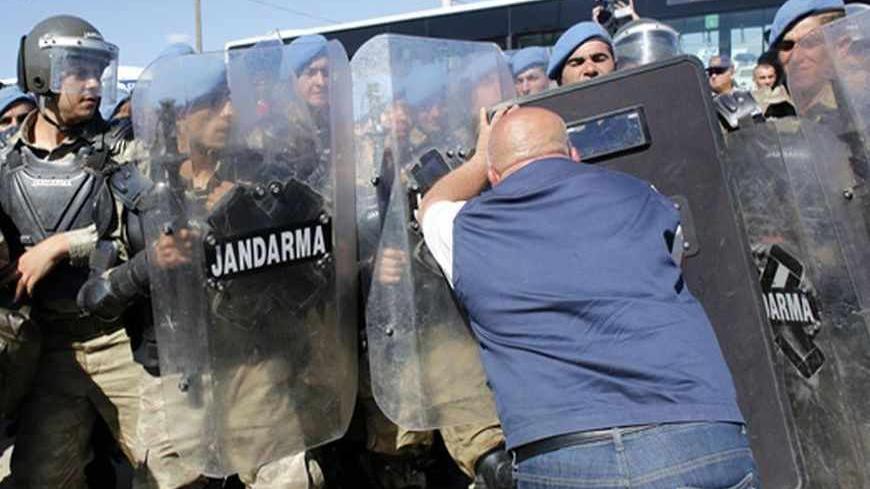 Draconian sentences were handed out by a special court in Istanbul on Aug. 5 to a large number of well-known personalities, including high-ranking military officers, journalists, academics, lawyers, politicians, elected deputies and former security personnel. In a highly controversial case that lasted five years, most of the more than 250 defendants were charged with plotting to overthrow the democratically elected government of Prime Minister Recep Tayyip Erdogan by illegal means.

Those sentenced were also accused of being members of a terrorist organization allegedly called “Ergenekon,” the name of a legendary Central Asian valley where ultra-nationalist lore has Turks originating from. The case was opened in 2008 after 27 hand grenades were seized in the home of a non-commissioned officer the previous year.

There was initial public satisfaction over many of the early arrests in connection with this case, given the shady pasts of those who were being taken in. These included Ibrahim Sahin, a former policeman and deputy head of special operations who was implicated in extrajudicial killings of Kurds, and Veli Kucuk, a retired gendarmerie general who has been accused in the past of conducting a dirty war against supporters of Kurdish rights.

Also arrested at the time was Kemal Kerincsiz, an ultra-nationalist lawyer who gained notoriety for his hate speech toward Armenians and other Christian minorities as well as their Turkish sympathizers. Kerincsiz is accused by many in Turkey today of being one of the principal culprits who laid the groundwork for the assassination of Hrant Dink, the editor of the Armenian daily Agos, by a young nationalist gunman in Istanbul in January 2007.

The public mood changed over time, however, and the widespread belief today among government opponents is that the Ergenekon case was turned into a witch hunt, spearheaded by zealous prosecutors under government control, against opponents of Erdogan and his ruling Justice and Development Party (AKP).

Doubts about the case peaked after retired general Ilker Basbug, a former chief of the general staff under Erdogan, was arrested for allegedly being the mastermind of the “Ergenekon terrorist group.” The charges of “terrorist leader” brought against Basbug continue to defy logic for many Turks, given that he rose within the ranks of one of the world’s largest and most disciplined armies and worked closely with Erdogan and members of his government while heading the Turkish military.

These doubts were further reinforced after the arrest of other well-known personalities such as professor Mehmet Haberal, an internationally renowned surgeon and the founder of Baskent University in Ankara, as well as professor Kemal Guruz, a former head of the official Supreme Educational Board which regulates universities.

Both men, who were prominent Erdogan opponents, received tough prison sentences — although Haberal was released, despite his 12-year prison sentence, on health grounds. Guruz, who received 13 years, will remain in prison, where he has already tried to commit suicide.

Basbug, the most conspicuous name being tried, received a life sentence together with 18 other defendants, who included Tuncay Ozkan, a famous journalist, and veteran politician Dogu Perincek, the leader of the ultra-nationalist Workers Party (IP). Kucuk and Kerincsiz received life sentences, too.

Even the names of the defendants mentioned thus far are sufficient to highlight the variety of people arrested and sentenced — a fact that has further fueled doubts about the Ergenekon case.

Needless to say, though, AKP supporters and pro-government circles are lauding the verdicts as a victory for democracy and the rule of law. For them, the verdicts handed out signal the definitive end to any intervention in the political domain by the military and its civilian supporters, generally referred to as “Kemalists” after the founder of the secular republic Mustafa Kemal Ataturk.

For example, Yalcin Akdogan — a columnist for the pro-government daily Star and a chief adviser to Erdogan — argued in his column on Aug. 6 that the Ergenekon case was “the greatest settling of legal accounts” in Turkey.

“Military coups which not only topple governments, but totally suspend the established order based on the Constitution and laws as well as shelving rights and freedoms while undersigning great acts of oppression and torture, have been wholly condemned with this verdict. In addition to this, apart from those who have now been sentenced, all those who perpetrated coups or attempted coups in the past have also been condemned in the conscience of the people,” Akdogan wrote.

Those on the “Kemalist” side of the fence, however, say the harsh sentences given out to the Ergenekon defendants were motivated by feelings of revenge against secular modernists. They argue that the judicial system in Turkey has come under the influence of reactionary Islamists who were previously kept at bay, but who have taken control of the establishment under Erdogan’s AKP.

There are also liberals who are strongly opposed to interventions in the political domain by the military, and who believe that those who plot coups should be punished — but who argue that the Ergenekon case was merely an effort to do away with opposition to Erdogan and the AKP. They maintain that contrary to the claim that this case has served democracy, it has in fact highlighted the deficiencies of Turkish democracy and its shortcomings in terms of human rights.

Ismet Berkan, a columnist for daily Hurriyet, pointed out in his column after the verdicts were handed out that many Ergenekon defendants were accused on the basis of their statements, rather than their deeds. “What we saw yesterday is the result of not being able to distinguish between freedom of expression and a plot to carry out a coup. In other words, we saw the result of an understanding of justice that is not based on human rights,” Berkan wrote.

‘We did not need the Ergenekon case, however, to know that freedom of expression in Turkey is intentionally restricted, and that our judicial system looks nothing like the system we see when watching US television series,” he added.

But it is not easy to answer the question of what these verdicts represent because there is sufficient evidence in the case of some of the defendants, while others do appear to have been thrown into the Ergenekon basket for political reasons only. It is also telling that the European Court of Human Rights turned down an application by journalist Tuncay Ozkan, who received a life sentence. The ECHR in effect said the case against him in Turkey was justified on the basis of the evidence gathered.

Accusations against defendants such as Basbug and Haberal, however, require a stretch of the imagination to be convincing for the public. It is the harsh sentences given to these people that will ensure the Ergenekon case is considered by a significant portion of Turkish society as a political show trial, rather than one that aims to enhance democracy and raise the quality of justice in Turkey to European standards.

This case could have done precisely that, having started off well, but was sullied by zealous prosecutors and their confusing allegations, as well as by judges who many believe acted — in the final analysis — no differently than their counterparts under military regimes in Turkey.

There is, of course, the appeals process to go through yet, as well as recourse by those convicted to the Constitutional Court and finally to the European Court of Human Rights if all legal avenues in Turkey are exhausted. We are, in other words, looking at a process that will last years — and continue to fuel divisions in Turkey — while increasing the lack of confidence in the quality of the Turkish justice system.