The Turkish prime minister’s remarks on Egypt are geared toward Turkish domestic politics. 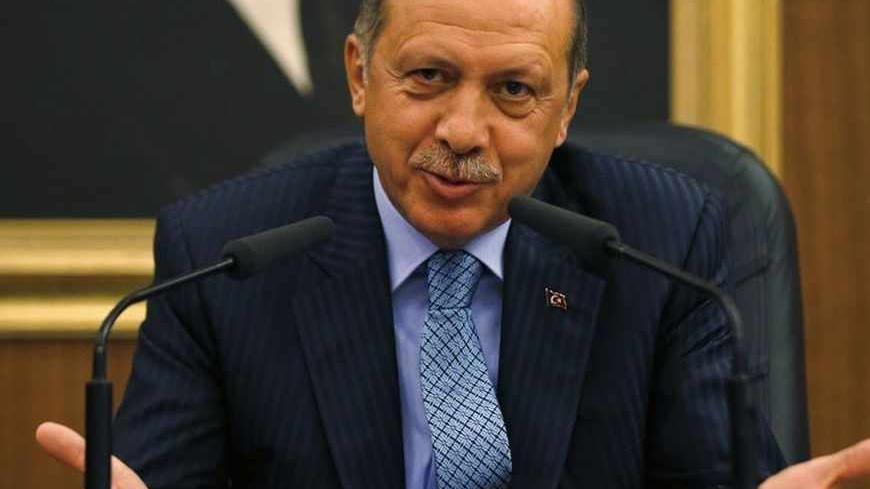 Although Egyptians are bearing the brunt of the latest bloody events in Egypt, Turkey appears to be the only country reacting to these events as if it were all happening within its own borders. The Turkish reaction is driven, however, by a self-righteous political narrative that clearly has much more to do with developments in Turkey than in Egypt.

The inevitable buzzword in all this is “Western hypocrisy,” and Prime Minister Recep Tayyip Erdogan is the principle cheerleader again. It is noteworthy, however, that Erdogan and his supporters rarely, if at all, mention Islamic powers whose inaction in the face of events in Egypt matches that of the West. There is hardly any open condemnation by government circles of Saudi Arabia or Iran’s stance in this regard, for example.

Putting his arguments in favor of democracy aside here, though — since democracy is still generally alien to the Arab world — the inaction of the Islamic world should be far more significant for Erdogan given that it is Muslims killing Muslims in the end. It appears, however, that pointing an accusing finger at the West again is the easiest alternative to questioning why the Islamic world continues to fail all its democracy and human rights tests so miserably.

This is a historic fact that Erdogan and Turkish Islamists will nevertheless have to face up to eventually, given that their hackneyed anti-Western rhetoric provides no real answers to this seminal question. In many respects, this question has a bearing on Turkey, too, despite that we are talking about the only real democracy to speak of in the Islamic world.

It would be too cynical to suggest, of course, that Erdogan and his followers are not genuinely touched by the plight of Muslim Brotherhood supporters in Egypt, even if this is selective sympathy which does not cover the plight of other oppressed groups in the region.

But given the parallels being drawn between Egypt and Turkey, it is also clear that they really have Turkey in mind when they talk about Egypt. Addressing a news conference at Ankara airport on Aug. 15, just prior to flying to Turkmenistan for an official visit, Erdogan also made this highly apparent.

Dwelling extensively on Egypt, but not once mentioning Arab inaction or the Arab countries that are supporting the coup against the Muslim Brotherhood, Erdogan first took his predictable swing at the West. “Those who remain silent in the face of injustice are devils without tongues,” he said, adding that if the West does not want democracy to start being questioned in the world, it has to understand this.

Erdogan then went on to bring the topic around to Turkey, and the recent Gezi Park demonstrations, by again taking a predictable swing at the international media and the anti-government elements of the domestic media.

“I am addressing the international and domestic media which for hours relayed the legitimate use of pepper spray by the police in Turkey, and for days broadcasted provocatively from Turkey. How many innocent civilians have to die before they see what is happening in Egypt and broadcast this?” he asked angrily.

Erdogan went on to accuse the international media of broadcasting hours of programs on endangered seals, while disregarding the children dying in Egypt, Syria and Palestine. Needless to say, this is pure rhetoric aimed at a domestic audience that has no notion of how the events in the Middle East are covered by the Western media in particular and the international media in general.

Carrying on with religious references and indicating that sooner or later “a Moses will emerge in Egypt” against the pharaoh, Erdogan went on to reveal what is really on his mind, and no doubt the minds of his followers in Turkey.

“There are constant designs on the Islamic world, constant traps being set. These traps are valid for us, for Turkey, too. That is why we must not forget this. No one wants a strong Turkey. That is why we have to be strong,” he said.

Erdogan’s son Bilal also weighed in with his take on this theme. “Western civilization is built on the blood and suffering of the ‘other.’ That's clearly why that civilization is so comfortable watching the blood and suffering of the ‘other’ in Egypt today,” he tweeted. Ironically, Bilal Erdogan is a person who has availed of the rare privilege for a Turkish Islamist of a Western education, being a Harvard graduate.

Not surprisingly in this charged atmosphere, any parallels drawn between brutality against anti-government demonstrators in Turkey and against Morsi supporters in Egypt — although the scale of the inhuman behavior by the Egyptian police and military far surpasses that of the Turkish police — result in furious reactions from Erdogan’s supporters.

One prominent journalist to discover this was Cengiz Candar, the veteran commentator for daily Radikal and an Al-Monitor contributor, whose expertise on the Middle East far outstrips that of the average Erdogan supporter. Candar became an object of instant hate for Erdogan’s supporters and deputies from his Justice and Development Party (AKP) over a commentary he wrote on Egypt, and even received death threats.

Indicating that Erdogan supporters were using the massacre in Egypt for the sake of bolstering their own sense of victimhood in Turkey, Candar argued the following:

“There is something that they have forgotten and are trying to overlook, however. There is not much difference between the methods used and the images that have emerged, in the clearing of the Nahda and Rabia al-Adawiya squares by the Egyptian military and those used on June 11 and June 15 in Istanbul’s Taksim Square and Gezi Park. In both cases, the principle tools were unlimited use of gas and bulldozers.”

Going on to underline that no massacre like the one in Egypt was seen in Turkey, Candar attributed this to that Turkey, for all its shortcomings and despite that it has a prime minister who has been revealing increasingly authoritarian tendencies, is a democracy.

Candar’s remarks and particularly his reference to the “clearing of the Nahda and Rabia al-Adawiya squares” were immediately latched onto by Erdogan supporters as “support for the massacre in Egypt.” Samil Tayyar, an AKP deputy who is a former journalist known for his abrasive tongue and strange conspiracy theories, was among those accusing Candar of being a “lackey of American neocons” and “facing a different Qibla.”

Of course, words alone are not sufficient for the Erdogan government, which has also been been trying to give the impression of being active internationally to try and stir the international community into action on behalf of democracy in Egypt. While Erdogan has called on the UN Security Council to meet immediately for an emergency meeting on Egypt, Foreign Minister Ahmet Davutoglu has been canvassing his Western colleagues, including US Secretary of State John Kerry, by working the phones.

In the meantime, Ankara has recalled its ambassador in Cairo to protest the latest developments there, and it is not clear if and when he will be sent back. But for all the angry talk coming out of Ankara, and the appearance that the Erdogan government is frantically working to reinstall democracy in Egypt, the limits of what Turkey can do have already been reached.

There is, therefore, little that it can do, except express vocal condemnation and utter rhetorical remarks. But even that is going down well with Erdogan supporters, and this is what the AKP administration in Turkey is probably really eyeing in the final analysis.