Engel: Sanctions, Not Rouhani, Only Chance for Iran Deal

Eliot Engel, ranking Democrat on the House Foreign Affairs Committee, discusses sanctions on Iran, his support for missile strikes against Syrian airfields and the need to maintain US military assistance to Egypt. 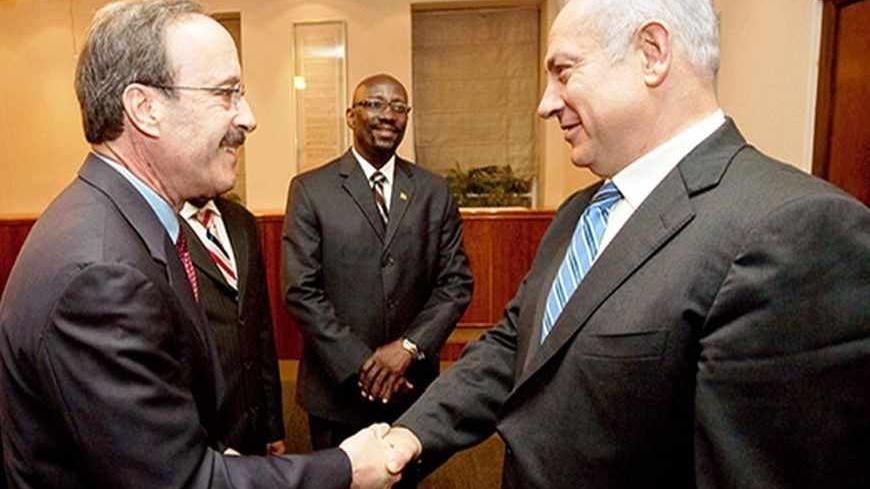 Eliot Engel, the ranking Democrat on the House Foreign Affairs Committee, said that he would be “shocked” if US President Barack Obama doesn’t sign new sanctions legislation on Iran following Senate action later this year.

Engel, who represents New York’s 16th District, and Foreign Affairs Committee Chairman Ed Royce (R-Calif.) are the lead sponsors to the Nuclear Iran Prevention Act, which passed the House by a vote of 400-20 on July 31. The bill, which will be taken up by the Senate after the summer congressional recess, would compel countries to further reduce Iranian oil imports; would impose penalties on foreign persons engaging in significant commerce with Iran; would "blacklist" Iran’s automotive and mining sectors; would restrict Iran’s access to foreign currency reserves; would further restrict Iranian shipping; and, would penalize Iranians who are implicated in human rights abuses.

“I think that what our legislation does is actually make it easier to hope that, maybe, there will be a change in the Iranian policy because Iran right now is hurting from the sanctions that are imposed now, and they know that these sanctions will bite even deeper and hurt even more,” Engel said in an exclusive telephone interview with Al-Monitor.

“I am of the opinion that it is only the sanctions that just might make, and I don’t say will make, because we don’t know what goes on in their thought process, that might make them decide that it is time to stop their nuclear program and cut a deal.”

“I don’t think having hopeful, wishful thoughts about Rouhani does that at all,” he added. “I really think that we have to look at the situation as it really is, not what we wish it might be, and I just don’t see Rouhani either being a moderate or having the power to do anything." Engel, who is serving his 13th term in Congress, was pleased with the overwhelming bipartisan support for the sanctions bill. He said he kept the Obama administration “informed every step of the way, so they didn’t get any surprises.”

He added, however, “We didn’t ask permission from the administration, we didn’t ask them if they liked it or didn’t like it. I felt that sanctions are something that we need to move forward with and I think the administration accepted it. To me, if the Senate, or I should say when the Senate, passes similar legislation in September and then we iron it out at a conference committee, I would be shocked if the president doesn’t sign it.”

On Syria, Engel, who is lead sponsor of the Free Syria Act, dismisses what he considers a false choice between the involvement of US ground forces and doing nothing.

“I think that the president has made it clear that he was never talking about boots on the ground and I think that we need to make that clear,” Engel said. He added, “There are all kinds of interim things that we can do in between. For instance, Israel has attacked a number of convoys, Hezbollah convoys, that it deems as detrimental to Israel’s interest and they did it successfully.”

One of the interim options Engel advocates is missile strikes on Syrian military airfields.

“We can, I am convinced, send cruise missiles into Syria and destroy the runways of the air bases, the airports that [President Bashar al-] Assad’s people use to terrorize civilians. We could destroy those and we could put a very big crimp in Assad’s ability to use them. That doesn’t really involve any risk because the cruise missiles would not be launched from Syria proper,” Engel said.

Engel, who was the lead author of the Syrian Accountability and Lebanese Sovereignty Act of 2003, argues that it is a vital national interest of the United States to intervene in Syria to combat Iranian and Hezbollah influence there.

“Iran is the biggest threat to world peace, in my opinion, and the biggest supporter of terrorism,” he said. “We certainly cannot allow them — through Hezbollah, who is their terrorist proxy — to get a foothold. So, it’s certainly in our national interest. And secondly, there’s the whole humanitarian aspect of it. For us to just sit by and allow Assad to slaughter his people — the figures I heard were about 100,000 people killed and that 2 million Syrians have fled the country, many of them in Jordan, which threatens to topple the king and to destabilize Jordan — we just can’t afford to get this one wrong.”

On Egypt, Engel opposes “cutting aid because I think that’s cutting off your nose to spite your face.”

He added, “I think that whatever emerges from the military takeover will, in all likelihood, be better for Egypt than the direction that [former President Mohammed] Morsi was taking his Muslim Brotherhood government, better for the region, and certainly better for the United States from a strategic point of view. It doesn’t mean we give them a blank check and tell them they can do whatever they want and that they’ll always have our support. Obviously, we want them to transition to a civilian government as soon as possible. Obviously, we don’t want them to shoot demonstrators in the street — that’s something that troubles me greatly. But I think we’ve got to do a carrot-and-stick approach with them because I just don’t think that heavy-handedness works.”

Engel called the US Court of Appeals decision on July 23 to not allow a US couple to register their son as born in “Jerusalem, Israel” an “absolute outrage.”

“I think I signed on to the brief in support of what the family was doing,” Engel said. “I’m sorry that the Supreme Court kicked it back, and I’m sorry that the circuit ruled the way it ruled. It makes no sense to me whatsoever.”

“It’s wrong policy,” Engel went on, “and the Congress has declared in legislation that it regards someone born in Jerusalem, an American citizen, who wants to say they were born in Israel, can say it. I just think it’s an absolutely ridiculous law that the court would not take into account what the Congress clearly intended. “

“The two-state solution is the best choice of all the difficult choices,” Engel said. “It’s not a perfect choice, and no doubt, there will be some people who will feel they were treated unfairly, but I think that it’s the best hope for peace, knowing full well that it might never be achievable.”