Many Christians in Aleppo are fleeing, while others are taking up arms alongside the regime to defend their way of life. 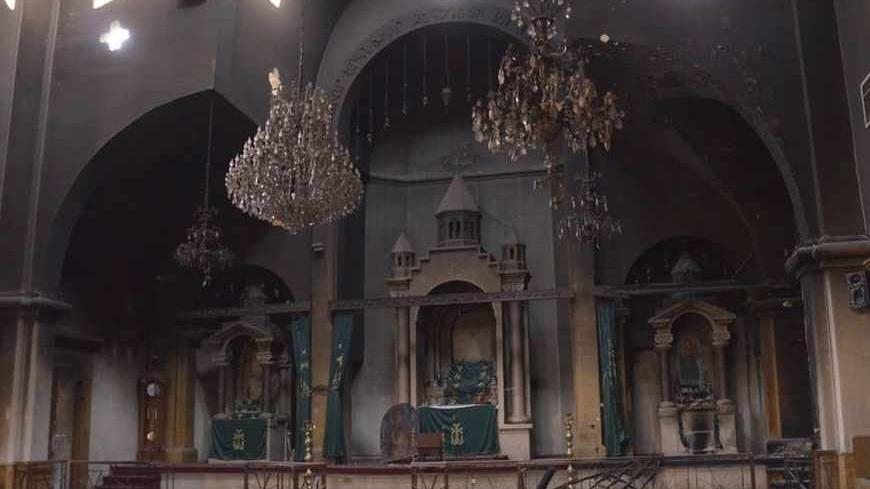 ALEPPO, Syria — Aleppo is basically “Little Syria,” a melting pot, representative of the diverse ethnic and religious groups that make up the nation. Christians in Aleppo have tended to live together in close-knit communities in neighborhoods usually clustered around churches.

It would be very accurate to describe some areas of Aleppo as “Christian,” although this by no means implies any sort of self- or outside-imposed segregation or discrimination. Residents of other faiths are found, and get along just fine in those areas. It is just that they are predominantly Christian.

Unfortunately, by a stroke of peculiarly bad luck, all the Christian neighborhoods are on or near the front lines in the parts of Aleppo divided between regime and rebel control. They have seen more than their fair share of fighting, “collateral damage” and a long line of civilian casualties.

The area of Midan in particular, home to many of Aleppo’s Armenian Christian minority, was a front-line area that saw heavy fighting for many months. It is still the scene of sporadic fighting and shelling today, although a large proportion of its inhabitants have already fled. Some went to Lebanon, others went back to Armenia where they applied for Armenian citizenship and passports, then moved on to settle in Europe or the Arab Gulf — where Syrian passport holders are denied work or residence permits, hence their change of passports.

It is particularly sad and ironic to witness today the Armenians, who fled persecution and sought sanctuary in Aleppo more than a century ago, again being forced to do the same, this time from Aleppo. I doubt very much whether they would have considered doing so under any other circumstances. They have always enjoyed excellent communal relations with the rest of Aleppan society, and were even allowed to set up their own private schools which taught in Armenian — something not allowed for other ethnic groups, most notably the Kurds. The Armenians were guaranteed a place in the Syrian parliament via their own elected representatives.

As for Arab Christians — in other front-line places such as Sliemaniyeh, Siryan and Azizieh — the wealthy among them have fled, mostly to Europe or Lebanon, as have most of Aleppo’s wealthy elites. Those who stayed behind have now irrevocably tied their fate with that of the Syrian regime. Not out of love or loyalty or ideology, but out of fear and necessity. As a Christian friend told me the other day about the rebels, “If they don’t take my life, then they will take my way of life,” and it is easy to see what he means if you take a stroll through his area. Christians in Aleppo, while being for the most part conservative, are nonetheless a lot more open and liberal in their social customs, dress code and general attitude than other inhabitants in the city.

They have enjoyed a large degree of social and religious freedom under the current regime, and it is a freedom they fear they will soon lose. It is this unique identity and way of life that will most likely be the first victim of a rebel victory. With some rebel groups being largely made up of extremist Islamists and al-Qaeda affiliates, it is not such a stretch to deduce that Christians in Syria may suffer the same fate as they did in Iraq. That perception was reinforced recently with the kidnapping of prominent activist Jesuit Priest Father Paolo Dall’Oglio in al-Raqqa by al-Qaeda groups, as well as the disappearance of two Orthodox Christian bishops from Aleppo — Yohanna Ibrahim and Boulos Yazigi — more than four months ago, presumed to be held by foreign jihadists.

Those reasons are exactly why, out of all the areas in Aleppo, one is most likely to find young Christian men taking up arms and manning checkpoints to defend themselves. This is very evident to anyone traveling through Sliemaniyeh’s checkpoints. The young men there are all locals, some even clad with long hair and tattoos. Sometimes, you see them hanging out with their wives or friends in casual conversation, it is clear that they are regarded heroes by their community.

Walking there a couple of weeks ago, my eye caught a sun-weathered khaki-clad young man, AK-47 rifle slung across his back. My mind registered a faint flicker of recognition. “George,” I exclaimed, “is that you? You’ve changed, you're a lot thinner and much more tanned!” He recognized me almost immediately, “You haven’t changed a bit! Although you have a lot less hair on your head!” After exchanging pleasantries, I learnt that George — someone I knew in college — had volunteered for a three-month stint with the “political intelligence” regime apparatus, whose massive building ominously overshadows the whole area.

“We get a crash training course, and they provide us with weapons and ammunition. And best of all, we’re deployed in or near our neighborhoods. The salary is not so great though,” he mused.

“Are you happy doing what you do? Will you extend your contract?” I asked. “No,” he said quite firmly. “I have relatives in Venezuela, I’m getting out of here as soon as I’m done.” His was a typical story, amid all the uncertainty, pressure and fear that he and his community feel, it maybe the wisest option to just cut and run — after all, many tens of thousands have already done so.

But it is not just their home turf that they are protecting, many have also volunteered in the Syrian army or the various pro-regime militias, fighting on many front lines in the city. One such case is the sad story of a young Christian boy named Salim Nahhas, whose siblings I knew quite well. He was only 19 when he died fighting with the regime against the rebels in the Rashdeen area of Aleppo in July 2013.

His family set up a tribute group on Facebook, where heartbreaking messages and photos are posted. But the most remarkable aspect of Nahhas’ story is that most of his family was initially with the uprising and against the regime, some even taking part in protests and later aid work for the displaced. That was before Aleppo was invaded by the rebels in the summer of 2012 and before rebel mortar shells hit Nahhas’ neighborhood, killing some of his friends and neighbors. Since then, many things have changed in Aleppo.