My Turn as Witness to Gezi Protests Before US Congress

A US congressional hearing on Turkey revealed some of Washington’s questions and concerns about the “Turkish model.” 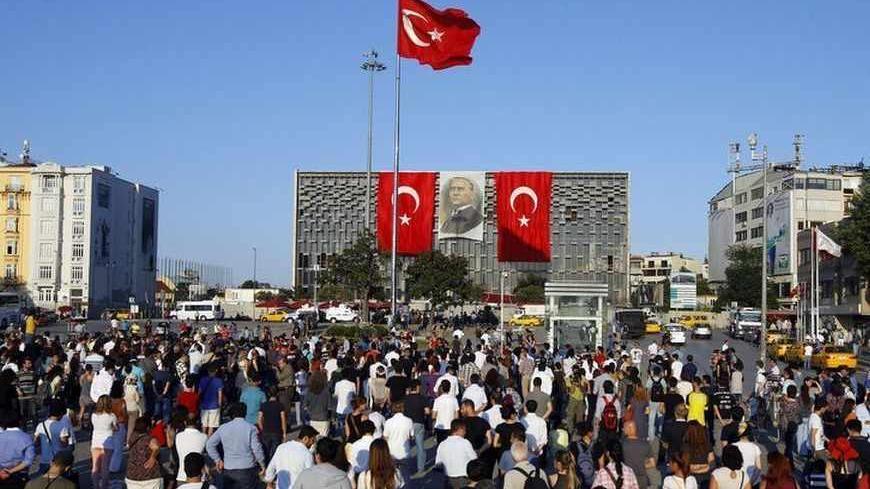 The US House Foreign Affairs Committee’s Subcommittee on Europe, Eurasia, and Emerging Threats held a session June 26 in Washington, DC, on the Gezi Park protests. The members of the subcommittee heard from me as a “witness.” Based on written testimony submitted to subcommittee members beforehand, I shared my opinions and observations about the Gezi Park resistance with the congressional members and answered their questions.

In Congress, anyone invited to address a committee in special session is referred to as a “witness,” but in this case, I am an authentic witness because the apartment I live in at Taksim Square is only a few hundred meters from the focal point of the protests that started on 31 May when the police intervened against a few hundred activists at Gezi Park. In subsequent days, the heavy use of pepper gas affected me more than a few times while sitting on my balcony or after opening the window of my den. When Taksim Square and Gezi Park were under the control of the protesters, I had the possibility of observing the events "on location."

In the two-hour committee session titled “Turkey at a Crossroads: What Do the Gezi Park Protests Mean for Democracy in the Region?”, the following also testified: Hillel Fradkin, Hudson Institute; Soner Cagaptay, Washington Institute for Near East Policy; former US ambassador to Ankara James F. Jeffrey; and Kadir Ustun, Politics, from the Economy and Social Research Foundation (SETA), which is known to be close to the ruling Justice and Development Party (AKP). The testimonies of the witnesses can be found on the committee's website.

To inform us of the interests of the subcommittee members prior to the session, we were provided questions in advance that the Republican and Democratic members had prepared. Some of the questions were grouped under subheadings: for example, on the effect of protests on the “Turkish model,” the capacity of Turkey to cope with the Syrian crisis; and the peace process with the Kurds and the new constitutional process. They also asked whether this movement would wither away.

Here are the questions asked of me on June 26 and my paraphrased responses:

Are the demonstrations a backlash brewing against the ruling Justice and Development Party, which many believe is moving the country in an Islamist direction?

This is a “social explosion.” The anger is directed at the person of Prime Minister Recep Tayyip Erdogan. The excessively harsh police intervention in the early hours of 31 May against a few hundred protesters in the park was the last drop. Here is a condensed list of negative factors that filled the glass and brought it to the point of spilling over:

This societal movement is a spontaneous rebellion of urbanized, secular and new middle class without organization, without a leader and with its own dynamics. Leading the way is the new, well-educated and urbanized young generation labeled the “'90s generation.” Most of these people place themselves outside the establishment politics of the country.

Is there a risk of instability that could spark a military coup?

It is impossible to give a definite answer at this moment. With the 2010–2012 purges, it has become very difficult for the Turkish military to stage coups. The military has been totally excluded from politics.

What do the Gezi Park protests do to the so-called Turkish model? What happens to Turkey’s place in the Middle East now?

The social explosion in Turkey and the subsequent government pressure have wiped out the misused “Muslim democracy” paradigm and the “Turkish model” as personified by AKP rule. The AKP government now has two roads to choose from. It is at a junction. It can either finally take the necessary steps to lead Turkey to a truly libertarian, pluralist, participatory and secular democracy and as such redefine the Turkish model anew, but this time correctly, or it can become an instrument for dragging Turkey into an Islamist, authoritarian, fascist and oppressive regime under Erdogan’s leadership. If they choose the latter, they cannot make progress without crushing the civil society. A more oppressive, more authoritarian regime cannot possibly maintain stability in Turkey.

Can the political opposition to the AKP that has been mobilized around Gezi Park survive and maintain momentum going forward?

This societal movement and defense of freedoms at Gezi Park underwent rapid politicization and are now continuing with new formats. Civil society members performed stand-ins, a form of passive disobedience. They are now organizing forums at the parks of major cities to freely debate.

This societal-political solidarity culture is totally new to Turkey. Thousands of Turks carrying Turkish flags participated in a demonstration at Taksim organized by the pro-Kurdish Peace and Democracy Party [BDP] to protest the killing of one person and wounding of seven others at Lice township in Diyarbakir when they were demonstrating against the construction of a military outpost. This is the first time this ever happened in Turkey. The next day many heterosexual Istanbul residents participated in the gay and lesbian march at Taksim Square which was also an occasion to protest the government.

Does the current turmoil weaken Erdogan’s ability to meet the challenge posed by the Syrian civil war?

Yes, from two points of view. This societal opposition has really kept Erdogan fully preoccupied and he spends most of his energy to suppress it. This is not likely to change. Second, a government that has squandered its moral authority, and whose paradigms, claimed to be a model for the Middle East, have all but collapsed, cannot field enough soft power to apply to the Syrian crisis. Its oppressive policies have sadly wasted this soft power.

Is the Kurdish-Turk peace process dead or will it survive even if the AKP is weakened after the Gezi Park protests?

Continuation of the peace process depends not on the government's authoritarian and oppressive reactions to the protests but to its maximum democratization. Just as the former “sticks to Kurds, carrots to Turks” did not work, today the opposite, “sticks to Turks and carrots to Kurds,” won’t work either.

Does Erdogan have any hope of having the parliament approve a new constitution before the end of his term and install himself as a powerful president?

That hope was already deferred indefinitely before the Gezi protests. To achieve it now requires miracles.