Turkish Prime Minister Recep Tayyip Erdogan needs to address the trauma resulting from the fight against PKK terror for over three decades. 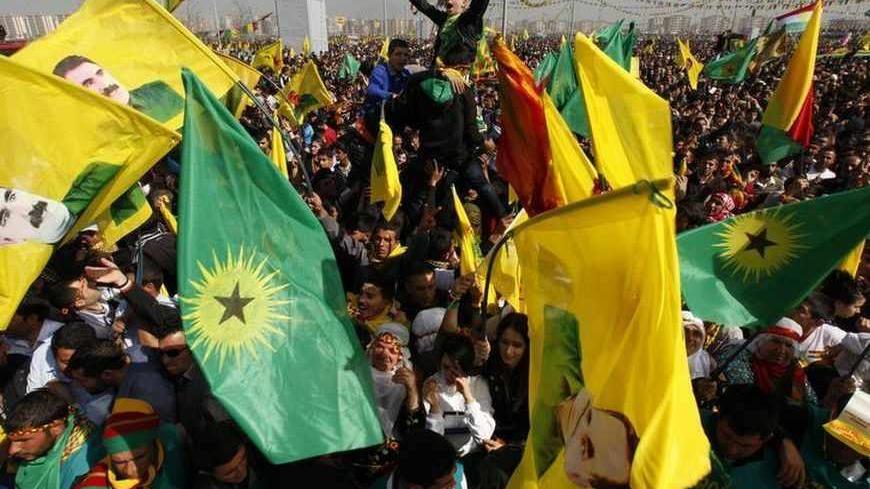 DIYARBAKIR — Perhaps Lawrence of Arabia put it best when he said, “War upon rebellion is messy and slow, like eating soup with a knife.” These words, spoken by the British officer who united the Arab tribes against their Ottoman rulers during World War I, sums up today's challenge facing the Turkish-Kurdish resolution process. What further complicates the path ahead is the lack of real consensus between the Turks and Kurds whether to move forward as one or divided.

Some Turks in state institutions or in academia, speaking on condition of anonymity so as to express their views freely, stressed certain issues to Al-Monitor. They expressed that more than enough money from Turkey's budget has gone to defeat the Kurdistan Workers’ Party (PKK). These efforts did not work, as the PKK — maybe not legally but practically — is now embraced openly by the majority of the Kurdish population as their legitimate representative. Turks don’t want to continue to pay the bill for Kurds until they declare their independence. They believe the Erdogan government’s drafting of a new constitution paves the way for Kurds to seek full autonomy.

“There are several prominent wealthy businessmen who have written letters to the prime minister to be brave enough to divide us,” one told Al-Monitor. “This resolution process will eventually lead to Kurdish autonomy, and that they will only expect from us to shoulder their burdens until they declare their independence with our money. We spent enough money on them. This is not working, and it’s time to break away. Kurds don’t mean unity talking about peace, their dream is division.”

Another source said, “Remember how the Soviet Union came to an end. The leadership in Moscow decided that they were worn out, and tired of pushing back the demands for separation. They made a simple cost-and-benefit calculation, and decided on allocating their resources for today’s Russia.”

Some Turks in the same circles agree with the above assessment, but propose a different outcome. “Giving land is no solution. We shed our blood for these lands, but Turkey should help to establish an independent Kurdistan state in Iraq and Syria, and set a plan for population exchange, taking those with Turkmen background from the Iraqi and Syrian side, and sending out to Kurdistan those Kurds from Turkey that don’t have Turkish family ties, or are from a Hanefi background.”

Dividing land or exchanging populations is easier said than done, but it mirrors the resentment on the Turkish side, and suggests that there are those thinking of alternative options in case the resolution process fails.

The three-decade fight against PKK terror has resulted in unprecedented traumas for both Turks and Kurds, but the Erdogan government does not seem to address these sensitivities so as to help the people move forward as one. This resolution process has brought both sides to the brink. In a snapshot, the issue is: Turks also feel victimized in the midst of a long-lasting fight against the PKK, which has in turn created a population that feels it's a victim of the state, and watching out only for those with Kurdish ethnic backgrounds.

After extensively traveling in the Diyarbakir-Lice region, it's fair to make the following observations: Kurds don’t believe the Turkish military has defeated the PKK. On the contrary, they believe the PKK scored a big victory against the state since its leader, Abdullah Ocalan, has succeeded in bringing the prime minister to negotiations, even from behind bars. Although the security establishment remains intact in the region, it’s an undeniable fact that the PKK is present like never before in these territories. By the same token, the military’s absence in these areas is impossible to miss.

“I’m not a PKK or a BDP (pro-Kurdish Peace and Democracy Party) supporter, but I even get offended as a Kurd when the prime minister still insists on calling Ocalan a terrorist leader, and refuses to shake hands with (BDP co-chairman) Selahattin Demirtas,” said one prominent Kurdish businessman in Diyarbakir. “I don’t believe anything will come out of this resolution process. Erdogan may mean well (with this path) ... but he kills his own achievements with his own rhetoric. He gives one and takes a hundred back with it.”

He added, “We’re a people in trauma. We feel we’ve been enough tortured, insulted, belittled and so on for so many years. The key to peace is what comes out of our mouths, and Erdogan is a master in closing all these potential doors that may lead to peace.”

To sum up, Turks and Kurds still have doubts about this resolution process, and both feel offended by the prime minister’s rhetoric in addressing their sensitivities. Erdogan won’t change, and therefore this process is doomed to failure due to the lack of a coherent approach in addressing people’s concerns and building a consensus about their perception of a common future.

Like Lawrence said, Erdogan and his rhetoric should have been up to the challenge in eating the soup with a knife — but he is not. Turks and Kurds could have not been further apart in their history like they are today. The rest is all about details.