Just as it was branded as the “sick man of Europe" in the 19th century, Turkey is now called the “lonely man of Middle East,” spelling serious consequences for the entire regional system. 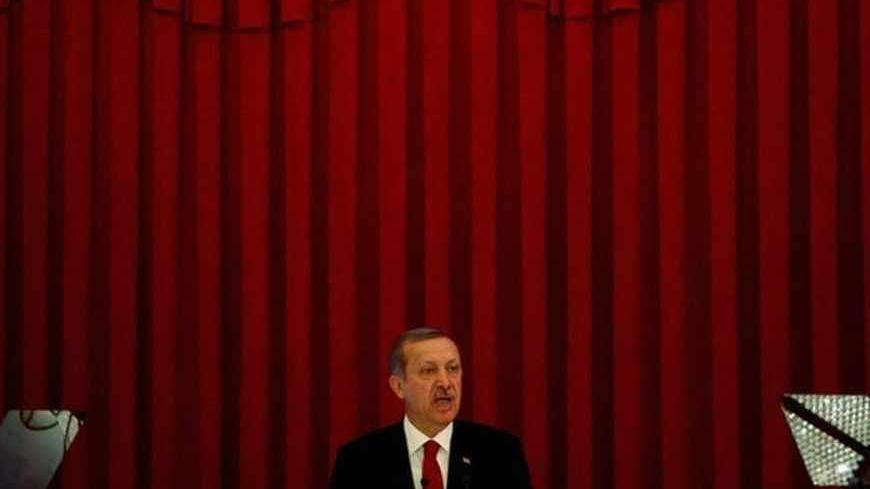 “Sick man of Europe” was Ottoman Turkey's epithet in the 19th century. It is attributed to Russian Czar Nicholas I, but no one is sure. It is based on correspondence between two British diplomats prior to the 1856 Crimean War. Sir George Hamilton Seymour, the British ambassador in St. Petersburg, in a letter to Sir John Russell, is said to have quoted the czar as saying, "A very sick patient. Sick man.” These remarks stuck as characterization of 19th century Ottoman Turkey, but it took another 65 years and a world war for the Ottoman Empire to collapse. Along with the empire, czarist Russia was also erased from history.

After nearly two centuries now, no one calls Turkey the “sick man of Europe." Regardless, Turkey has not succeeded in getting itself accepted by Europe. Its request for full membership in the European Union appears to be a hopeless venture. Though full membership negotiations between Turkey and EU began in the fall of 2005, they lost momentum with the stalling of Sarkozy’s France and Angela Merkel’s Germany, two backbones of the EU. Turkey’s passion for integration with Europe cooled off considerably in the second decade of 2000s. We can’t say that the European Union, engulfed in a multitude of its own problems, is particularly keen on seeing Turkey as a member. But Croatia, which started full membership negotiations at the same time, became the 28th member of the EU as of July 1, 2013.

While the frenzy Turkey’s European excitement was dissipating, a development that would compensate for it and nourish the dignity and self-confidence of Turks was emanating from in the Middle East. Turkey was appearing as the new power center in the region, seen as the country that profited the most from the Arab Spring that blossomed at the end of 2010 and beginning of 2011 in Tunisia and Egypt.

Turkey had already expanded its influence over the region with its "soft power” in contrast with the "revisionist power” of Iran. Foreign Minister Ahmet Davutoglu’s “zero problems with neighbors” formula had made an impact.

We were close enough with Iraq to sign 48 treaties. While nobody was going to Baghdad, from 2009 until 2011, the Turkish prime minister was flying to Baghdad with an Airbus full of ministers, bureaucrats and businessmen to be received on a red carpet by Prime Minister Nouri al-Maliki. Turkey and Syria were close enough to hold two joint cabinet meetings in one day in Aleppo and Gaziantep. Syrian President Bashar al-Assad came to Turkey on holidays with his wife. Visas were abolished. Foundations were laid for a free-trade region covering Turkey, Syria, Lebanon and Jordan. Until that dramatic "one-minute" exchange between Turkish Prime Minister Recep Tayyip Erdogan and Israeli President Shimon Peres at Davos on Feb. 3, 2009, Turkey had very special — indeed, uniquely equidistant — relations and open channels with Tehran and Tel Aviv, and was welcomed by both countries.

It was this vision of Turkey that prompted the president of the United States, Barack Obama, to make his first foreign visit to Ankara and Istanbul in 2009.

The rise of Turkey as a regional power in the Middle East gave Turkey a major place in the international arena and endowed it with such influence that the Turks forgot, in a way, to be concerned about the loss of Europe — even more important, stopped caring about it.

Special relations between the US and Turkey, built on the new position of Ankara in the Middle East and the close personal relationship between Obama and Erdogan, began replacing the view that Turkey needs Europe with a new narrative: It is Europe that needs Turkey. The connection consolidated Turkey’s stature in the Middle East despite the disastrous deterioration in relations with Israel following the Mavi Marmara affair on May 31, 2010. Actually, Erdogan’s championing of Gaza and simultaneous worsening of relations with Israel made Erdogan the “darling of the Arab street” and gave Ankara a big edge in its regional competition with Iran.

This is why it is now incredible for Turkey to be called the “lonely man of Middle East” just as it was branded as the “sick man of Europe" in the 19th century. The new position ascribed to Turkey in the Middle East expresses a potentially traumatic situation with unpredictable outcomes.

The trauma had its roots about a half year after the Syrian developments that began on March 15, 2011. In fall 2011, Turkey blew up its bridges to the Damascus regime and began hosting the Syrian opposition while Assad extended his lifespan with the support of Turkey’s two neighbors, Iran and Russia. That trauma peaked on July 3, 2013 Egyptian coup when the Muslim Brotherhood that Erdogan and his Justice and Development Party (AKP) government wanted to see as their replica in Egypt were deposed.

The "regional power” that was once seen as the main beneficiary of the Arab Spring began to be treated as the “worst loser” of that momentous development. Similarly, its perception as a regional power and its stature are also on shaky ground.

The sight is nothing to be envied. Turkey, or more accurately, the AKP government under Erdogan, has no robust alliance with any state in the region. Two elements said to be the closest to Turkey are non-state actors. One is the Palestinian Hamas, which is facing a likely decline in power after the removal of the Muslim Bortherhood from Egyptian power, and the other is the Kurdistan Regional Government in Northern Iraq. Erdogan’s ties with Assad, Maliki and Israeli Prime Minister Benjamin Netanyahu have been severed. We may well see relations with Saudi Arabia and the UAE replicate the cool, distant relationship we have with the Iranian leadership. We can’t really say that Jordan's king is feeling close to the rulers in Ankara, either.

Whether relations with Massoud Barzani and even warmer ones with Hamas’ unpredictable leader Khaled Meshaal will enable Erdogan to sustain his and Turkey’s international standing and remain a regional power is very much open to debate.

We have gone from “zero problems with neighbors” to “no neighbors without problems." Once the darling of the Arab street, Erdogan is toiling away in the political labyrinths of the Arab world and Turkey is becoming fatigued.

Of course, this unexpected reversal of fortunes in the Middle East is bound to reflect on relations with the United States and Europe one way or the other. Moreover, while Erdogan is lambasting Europe at every occasion, one can’t expect rewarding European gestures to uplift Turkey's fading profile in the Middle East.

In other words, a troublesome near future is likely for Turkey. But Turkey’s unmatchable geopolitical position will not change. Also, there is no threat in foreseeable future to the continuation of the Erdogan and his AKP rule. This brings about a paradoxical situation for Turkey.