Turkish foreign policy is in endemic crisis because of the Islamist and sectarian foreign policies of the AKP government. 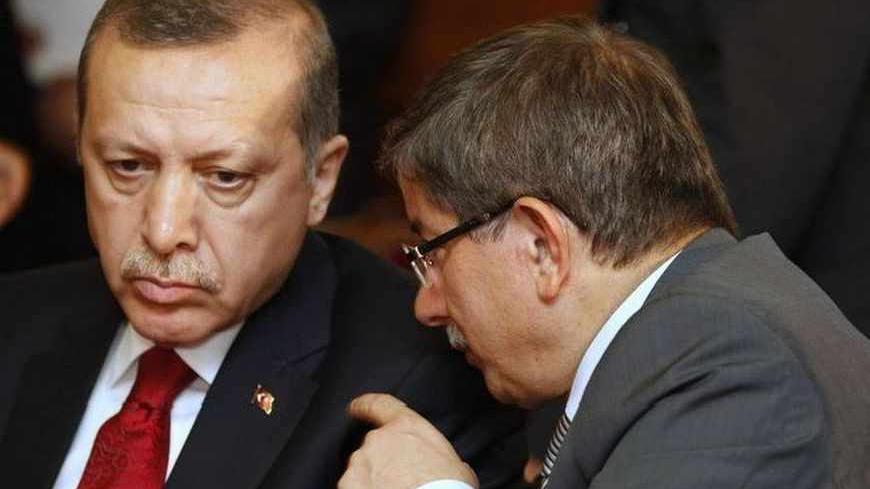 The problem with the “new Turkish foreign policy,” managed by the duo of Davutoglu and Prime Minister Recep Tayyip Erdogan, goes beyond bad governance, incompetence and wrong-headed tactics. Had these features been the only issues, one would not label the current situation “endemic.” Rather, it is ideology that leads to it being an “endemic crisis.” Before dissecting this ideology, it is useful to ponder the panorama of crises, starting with the most recent and working backward.

There is this reality: Foreign policies of countries that are not a direct party to an issue at hand will be affected by developments negatively or positively depending on the scope of the positions they have taken. The coup in Egypt, which constitutes Ankara's latest strategic foreign policy loss, evolved accordingly. Turkey became the country most negatively affected by the coup because of the ideological and political positions it had adopted vis-à-vis the phenomenon referred to as the Arab Spring.

After the onset of the Arab Spring, Turkey shaped its policy in the eastern Mediterranean on a fantasy of “Ikhwan [Muslim Brotherhood] internationalism” through which to create a new regional order hand in hand with other Sunni Islamist actors. This strategic approach would bestow Turkey with “game changing and proprietor of the change” roles to allow it to assume a superior position among its partners. The foreign policy makers in Ankara enunciated this wishful thinking on many occasions using a variety of different words.

Turkey did not develop the moral basis of its partnership and cooperation with the Muslim Brotherhood's Egypt in the realms of democracy, human rights, equality, freedoms and participation. If it had done so, it would have engaged with Egypt as a country instead of with the Ikhwan, and a relationship based on common interests could have been sustained without impairing the criticality of such values. The Turkey of the Justice and Development Party (AKP), however, never criticized the Ikhwan, even indirectly, for its blatantly authoritarian deviations from democracy. The ideological position Turkey adopted did not allow such criticism.

If Ankara had challenged Mohammed Morsi, Ikhwan leader and now deposed Egyptian president, then post-coup Cairo would not have accused Ankara of bias for calling the coup “a coup.” Its decidedly pro-Ikhwan attitude is an impediment to maintaining valuable relations with an important country, even if using a critical approach. If Davutoglu and Erdogan had pursued a secular foreign policy that employed religiosity as a supporting element in facilitating policy, the ensuing turbulence would not have affected Turkey so much.

The Egyptian coup has also poisoned the regional alliance that Turkey's foreign and prime ministers were trying to assemble to enforce the Islamist, pro-Sunni and pro-Ottoman policy they preferred for dealing with the Syrian crisis. In summer 2011, Ankara became a party to the effort seeking to overthrow the Syrian Baathist regime and replace it with a Muslim Brotherhood–dominated government, entering into an anti-Baath alliance with the major Sunni regional actors of Saudi Arabia and Qatar.

A crisis of confidence in Ankara-Riyadh bilateral relations is unavoidable now that Saudi Arabia has emerged as a leading political and financial supporter of the anti-Ikhwan coup in Egypt. These Egypt-related developments must surely have rattled the Turkey-Saudi-Qatar “holy alliance.” In addition, while Erdogan and his AKP government were occupied by the Gezi Park protests, the palace coup abdication of Qatari Emir Hamad bin Khalifa Al Thani in favor of Sheikh Tamim Al Thani, his 33-year-old son, added a big question mark to the future of the alliance.

Hamad had been the top weapons procurer and financer of Islamist armed groups in Syria, especially those in league with Muslim Brotherhood tendencies. Now there are signs that his successor intends to revamp Qatar’s foreign policy along relatively conventional lines. The material and moral support the wealthy Gulf countries extended to the coup regime in place in Egypt has been a heavy psychological blow in terms of AKP foreign policy.

The first turning point in Turkey’s regional isolation can be traced to before the losses incurred from the Egyptian coup, back to the sectarian Syrian policy it adopted. This policy generated “Cold War–like” tensions with the region's Shiite actors, above all Iran. In addition, Ankara’s relations with Baghdad began steadily deteriorating with its support of the Sunnis in the 2009 Iraqi elections. Here also one must emphasize the ruptured relations with Israel in the aftermath of the May 31, 2010, flotilla episode. Concrete steps hoped for after Israel’s apology on March 22 have not yet materialized.

In the context of relations with important political actors, Ankara’s sole friend in the eastern Mediterranean today is Hamas. Its only friend in Mesopotamia is the Kurdish Regional Government. Turkey today is the lonely man of the Middle East.

Since the end of the Cold War, Turkey’s policy implementing capability in the Middle East had not, until now, shrunk. Unfortunately this is the point to which Davutoglu’s Islamist and pro-Sunni policies have brought Turkey in four years. Today Davutoglu lacks the foundation, instruments and facilities to implement a foreign policy anchored by his copyrighted concepts of a “zero problems with neighbors, integrated foreign policy” and “multi-dimensional foreign policy.” He is the key official responsible for this dramatic turn of events.

In four years, Turkey's political relations with the European Union (EU) have eroded, and Turkey’s EU prospects have in turn weakened its persuasiveness in attempts to apply its soft power in the Middle East. The AKP government’s oppressive and authoritarian reactions to the Gezi protests have exacerbated the strained relations with the EU. The primary trigger of the Gezi protests was the Islamist policies the AKP has been pursuing inside the country, more so than outside it.

Relations with the United States are as important as ever, but there are problems with the issues of the multilateral regional cooperation on which they are based. The stalling of the normalization process with Israel has been noted. Although at the White House in May, Erdogan grudgingly committed himself to the Geneva II process, but because it has since ground to a halt, Turkey is unable to extricate itself from the vicious circle in which its misguided Syria policy has burdened it.

Even if skillfully managed, it would have only been a matter of time before Turkey’s ill-judged foreign policy — seeking hegemony supported by pro-Ottoman narratives in addition to Islamic and pro-Sunni features — hit bottom. The prerequisite for a way out is to abandon this policy sooner rather than later, revitalize the integration process with Europe and head toward new moral high ground in the Middle East based on democracy, freedoms, pluralism, secularism and equality. This, however, is out of reach for the current government cadres. They are the ones responsible for the endemic crisis.