Is Davutoglu facing a 'mission impossible'?

The ambitious Ahmet Davutoglu may find it difficult to become President-elect Recep Tayyip Erdogan's “puppet” in his new role as Turkey's prime minister. 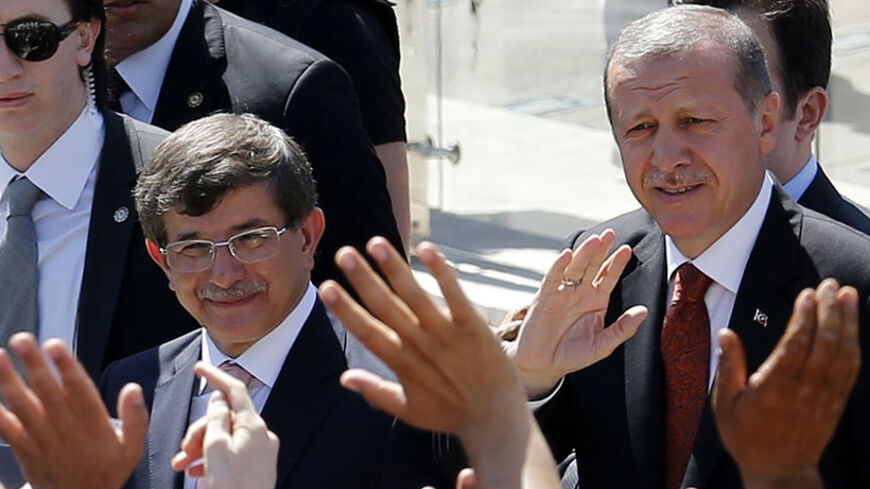 “Prime Minister Davutoglu and the Revolution in Turkey …” is the title of the Aug. 22 article by Ibrahim Karagul, editor-in-chief of the daily Yeni Safak, which is considered one of the most dedicated mouthpieces of the government.

Turkey's Foreign Minister Ahmet Davutoglu will carry the ruling Justice and Development Party (AKP) to the June 2015 general elections. The AKP, which has been addicted to electoral victories since 2002 under Recep Tayyip Erdogan, for the first time will be tested with its new chair, who, despite being handpicked, does not have the same level of charisma and appeal as his predecessor.

Karagul is very confident of Turkey's future with President Erdogan and Prime Minister Davutoglu. He wrote: “New Turkey is not a slogan, nor a political show. New Turkey is a project of a complete redesign after a 100-year hiatus. It is the beginning of the rebuilding of a new country.” Karagul ended this ambitious introduction by noting: "A strong president, a strong prime minister, a strong Cabinet and strong popular support will be the foundation of a powerful Turkey. … Davutoglu will be the main driving force in this grand project behind Erdogan. Davutoglu's government will not be run-of-the-mill. We are talking of a structure that will complete the revolution of Turkey.”

On the same day, influential opposition daily Cumhuriyet carried commentary by veteran foreign news editor Ceyda Karan. It was written to initiate polemics with Karagul. Her article on the front page of Cumhuriyet was titled: “The Sultan's Grand Vizier: A Ruin Left Behind and 49 Hostages.” It is clear that “sultan” refers to Erdogan, and "grand vizier" refers to the new prime minister, Davutoglu, who as foreign minister left behind debris and hostages in the hands of the Islamic State (IS).

Karan started her article as follows: “The new prime minister of New Turkey, who has been the most unsuccessful minister of the government, is the chief architect of the foreign policy that brought Turkey to the edge of the abyss. Unless there is a miracle of sorts, he who contributed heavily to turn the Middle East into a pool of blood with his pan-Islamist expansionist ambitions, and who made the Turkish Republic a laughing stock, will soon be sitting in the prime minister's seat.”

She ends the article by writing: “[A] doctrinaire mindset that still hasn’t reached the 21st century, that has abandoned our 49 diplomats and citizens in the hands of an organization that has become the common enemy of the entire world; whose 'strategic depth' has long ago become 'strategic disgrace'. … What is the 'restoration' they are talking about? This will be the period when Turkey will robustly follow the pan-Islamist route.”

It is nearly impossible to find a middle ground between these two articles, which are strikingly indicative of the unbridgeable chasm between two different perceptions of Turkey’s future and its leading personalities.

The controversy over Davutoglu’s past and future performance, as a matter of fact, reflects in a certain way the paradoxical features of the self-made man he is. Despite coming from a humble rural background, he enjoyed good secondary schooling in Germany and a college education at Bogazici University, one of the best universities in Turkey, where he studied English among other subjects. Later on, he studied Arabic in Amman, Jordan. Davutoglu’s academic life started in Malaysia. He never made a name for himself in academic Turkey, except in the narrow political Islamist circles in the late 1990s and early 2000s. In the first decade of the 2000s, as he entered politics, his book “Strategic Depth” was discovered as a main source of reference of his views on international relations and history. He started to be treated as a great academic when he left academia and got involved in politics.

It was Abdullah Gul, not Erdogan, who brought Davutoglu into political life from the widely isolated intellectual realm. One of Gul's first deeds, while forming his government as prime minister right after the first electoral victory of the AKP in November 2002, was the appoinment of Davutoglu as “special adviser on foreign policy” with the title of “ambassador.”

Erdogan took over Gul's care of Davutoglu when he replaced Gul in March 2003 and kept Davutoglu in place. Erdogan called Davutoglu “hoca,” which in Turkish translates to “master,” as a display of respect in recognition of his academic qualities rather than his political wit. In 2009, Davutoglu was elevated to the position of foreign minister and two years later, in the 2011 general elections, he was elected for the first time as a member of parliament.

For the first decade of AKP power, Davutoglu was acknowledged as the main architect of Turkey’s new foreign policy that was reflected mostly in a more-than-ever visible and impressive Turkish place in the Middle East. His “zero problems with neighbors” policy became the password for Turkey’s emerging power status in the region. However, it was met with uneasiness in the international arena, as its ambitions were deemed "Neo-Ottomanist," aiming to resurrect the former glory and influence of the Ottoman Empire. A different picture of Turkey in the international landscape provided self-confidence and a feeling of grandeur to certain segments of Turkish society, which helped the AKP's electoral fortunes.

All this seems to be short-lived. Turkey's fortunes since 2012, starting in the swamps of the Syrian crisis, have reversed. Turkey found itself having problems with every neighbor, except the Kurdish administration in Erbil. It is an unexplainable situation for a government that pursues such an ambitious foreign policy to have no ambassadors in Cairo, Damascus and Tel Aviv. Furthermore, Ankara’s relations with Baghdad, Riyadh and Tehran are also problematic.

“Zero problems with neighbors” has been transformed into “no neighbors without problems,” and Davutoglu is accused by critics of being short-sighted, naive and too ideological as a foreign policy operator (he allegedly is very close to the Muslim Brotherhood), and for not taking consideration of the imperatives of realpolitik. He is blamed by many critics, along with Erdogan, as the main culprit of the alleged failures of Turkey’s foreign policy.

Paradoxically, that might have helped him to be picked by President-elect Erdogan as his successor for the post of prime minister. In countries such as Turkey, mistakes and failures can serve as a vehicle for promotion.

In his new post, he will have a much different profile than his predecessor. Unlike the gifted orator Erdogan who can disseminate his charisma with fiery speeches, Davutoglu is mild-mannered and soft-spoken with a friendly demeanor. It remains to be seen whether such traits and not being tainted with any allegation of corruption would help lead the ruling party to another success that delivers Erdogan the necessary number of parliamentary seats to amend the constitution. But, as of today, that is highly unlikely.

Another paradox and irony concerning Erdogan’s choice of Davutoglu is that the new prime minister’s most important task will be to make the prime minister's role less important. This is what Erdogan demands, and true loyalty to him obliges the fulfillment of this task.

Yet, despite his accessible demeanor, Davutoglu is too full of himself, and as his recent career suggests, he is an ambitious man who may not reconcile himself to be seen as someone's “puppet,” even if the puppeteer is Erdogan.

As a self-made man, should he be expected to undo himself?

No doubt that Turkey, under President Erdogan and Prime Minister Davutoglu, will be turning a new page and stepping into a new period. 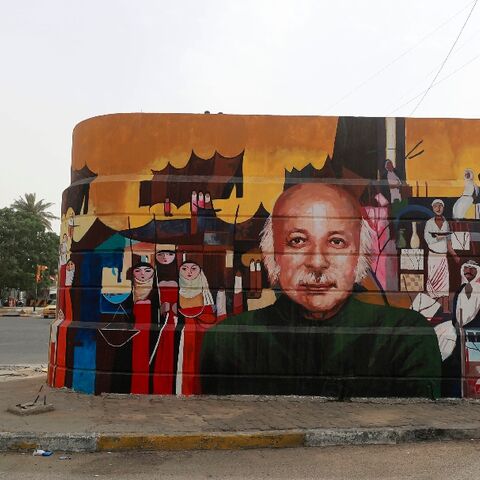