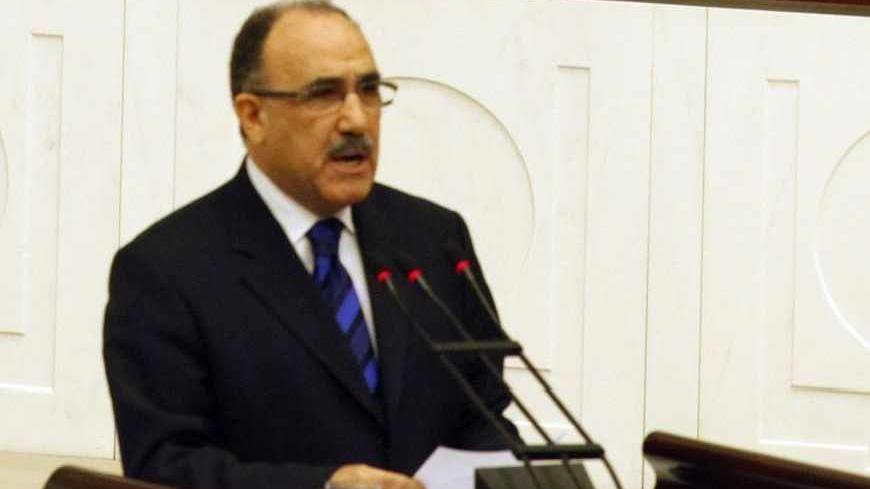 It’s mind-boggling trying to figure out how overt anti-Semitism has crept into the political discourse of some Turkish politicians to blame the Jews and Israel for everything that goes wrong in the country.

While it’s not clear how this frenzy will come to an end, Turkish Prime Minister Recep Tayyip Erdogan’s government unfortunately continues to blame everyone else for the almost monthlong protests across the country except admitting their role in all of this. They now openly accused the Jewish Diaspora of playing a role in these protests.

Speaking to reporters in Kirikkale on Monday, July 1, Deputy Prime Minister Besir Atalay claimed that the Jewish Diaspora was behind the Gezi Park protests. Only after reaction from all around, he backed out, and denied that he said a word making the linkage between the Jewish Diaspora and the protests. The video footage of his remarks, however, tells a different story.

“A news agency consciously misrepresented what I said regarding the Gezi Park events. I’m saddened,” Atalay said in a written statement today, July 3. “There is no indication of any blame toward the Jewish Diaspora or the Jews (in my remarks).”

But here — you can listen to him in Turkish saying: “There are those from inside and outside who are envious of Turkey’s growing strength. All of them are uniting [against Turkey]. On one side, there is the Jewish Diaspora. We’ve witnessed the role of the foreign media during the Gezi Park [protests]; how quickly they bought into it and how quickly and widely they started broadcasting before any assessment was made."

It’s a stale narrative to claim that the Jews control the world’s respected majority of media — print, (online,) radio and television. It’s also an old saying that Turks don’t have a friend except themselves. Times have changed, but it seems Turkish politicians' own lack of self-confidence and distrust of foreigners remain the same. Ordinary Turks, however, would not know about this — except to believe their elected officials, considering that the officials must know something that the ordinary Turks do not.

The story about the Gezi Park protests, however, is a straightforward one. Hundreds of thousands of people went onto the streets on May 31 as a reaction to the police's excessive use of force against a group of peaceful protesters in downtown Istanbul trying to save one of their last remaining green areas. These protests lasted for almost a month, and turned into an individual expression of people opposing Erdogan’s policies and rhetoric in governing the country.

Although Erdogan, too, blamed the foreign circles, foreign media and the "interest rate lobby" as being behind these protests, Atalay has become the first to openly accuse the Jewish Diaspora of playing a role in these protests.

Concerned by Atalay’s remarks, the Chief Rabbinate of Turkey released a written statement on July 2: “Following closely from the media, we are trying to obtain information about the meaning of Atalay’s statement about the “Jewish Diaspora being behind Gezi protest,” the statement read. “Based on the fact that Turkish Jewish citizens as well as other Jewish people living all around the globe may be affected and pointed [at] as a target of such a generalization, we wish to express our concerns, and share our apprehension and worry [about] the consequences that such perceptions can cause.”

While there is hardly anything to be added to the Chief Rabbinate’s remarks on the issue, this must be said: When there is a video footage of these remarks, it’s not acceptable to blame the Turkish media of distorting the facts. Let’s face it — it sometimes happens, but not in this case. Therefore, Atalay would have done a better service to his party by expressing an honest apology for blaming the Jewish Diaspora for playing a role in the protests.

In the absence of it, it’s only fair to argue that overt anti-Semitism has become a credible move in winning votes, and Turks have fallen into the trap of seeing the Jews as an adversary.

This atmosphere does not help either side to bring to conclusion the negotiations to put behind the deadly May 2010 Mavi Marmara incident as a follow-up to the official apology extended by Israeli Prime Minister Benjamin Netanyahu in March 2013. On the contrary, these two countries continue to remain as distant as possible to each other — and this does not help to improve the security challenges in an already volatile situation in the region.