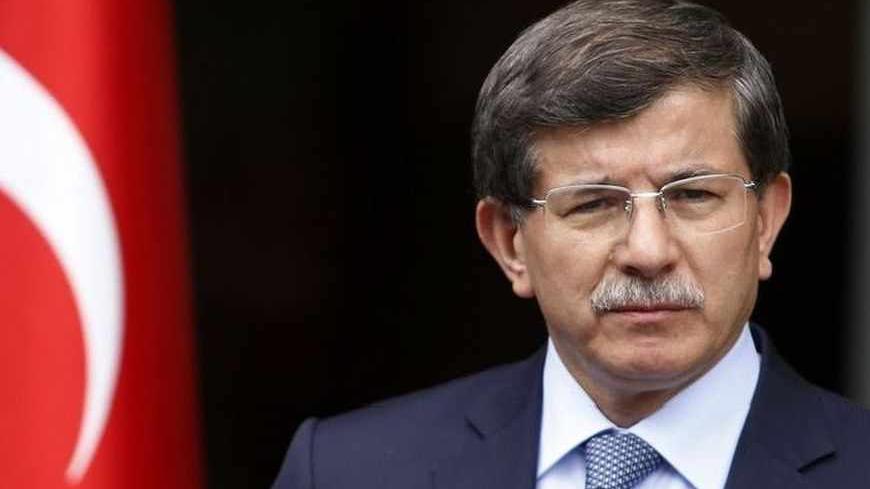 Until Kurdistan Workers’ Party (PKK) leader Abdullah Ocalan was put to trial before a Turkish judge in 1999, it was perceived that the whole point in this more than three-decade-long war with the Turkish state —  which cost more than 30,000 dead — was all for establishing an independent Kurdistan taking land from Turkey.

When Ocalan said during the hearings that he had been fighting for cultural and linguistic rights, it came as a surprise. Many wondered whether it would be really possible to persuade Kurdish men and women to go up into the mountains for reasons other than seeking independence.

Now that Ocalan has become the leading figure at the negotiating table with Turkish Prime Minister Recep Tayyip Erdogan’s government to resolve the Kurdish issue, members of opposition parties are casting doubt on the trustworthiness of Ocalan’s words. The ultimate concern rises above the hectic developments involving Turkey’s neighbors in Iraq and Syria; many opposition politicians in the Republican People’s Party (CHP) and the Nationalist Movement Party (MHP), believe that an arch of autonomous Kurdistan is in the making around Turkey’s borders and that it will be impossible not to expect this to affect the expectations of Kurds within Turkey.

Turkish Foreign Minister Ahmet Davutoglu, however, said today, July 19, that a de facto declaration of an autonomous Kurdish entity in Syria will only make the region pregnant with more crises. “Surely (the Syrian regime) is taking some tactical steps to create trouble between Kurds and Arabs, Arabs and Turkmens, or different ethnic and sectarian groups. No one should fall into such games,” he said in Ankara. “It’s not possible to accept any de facto declaration of an autonomous entity in Syria, and that could only lead to further crisis.”

Davutoglu was responding to questions about Ceylanpinar, a small town on the Turkey-Syria border adjacent to Sanliurfa, which has been on alert since Wednesday, July 17, after a 17-year-old Turkish boy was killed by a stray bullet from intense fighting between the Kurdistan Democratic Union (PYD), known as the PKK's Syria wing, and the radical Islamist group Jabhat al-Nusra and the Free Syrian Army at Ras al-Ain, which is only few hundred meters from the border.

The Turkish media also reported this morning from the area that the PYD flag has been raised at the city center there and is visible from the Turkish side. The PYD had hoisted its flag across the border on the Syrian side since the civil war in Syria started more than two years ago, but brought it down after Turkey’s warnings to prevent any displeasure from the Ankara government. Moreover, a Turkish boy was also shot by a stray bullet in his back this morning, July 19. The Turkish military has been retaliating for these stray bullets, but there has been no direct incursion into Syrian territory.

Wladimir van Wilgenburg, an Al-Monitor contributing writer, reported on Friday, July 19, that the PYD “has proposed a plan to form an interim administration within three months and a draft constitution put up to a referendum and a parliamentary election within six months.”

PYD representative Alan Semo told Al-Monitor via Skype, “All Kurds are debating how to form a transitional government in the Kurdish areas. They are preparing to establish a self-governance of the Kurds in Syria, including all political parties and youth groups,” the story said. He added, “Even the KDP and the KRG are supporting this debate and establishment. We are now preparing in Europe for the foundation of this and seek advice from Europe and the UN.” There is, however, nothing to be surprised about in this development. This was in the making for a long time.

On June 25, the German newspaper Die Welt, for example, ran an extensive interview with Murat Karayilan, then military commander of the PKK. He was asked, “The Kurdish regions in Syria have now achieved something like an autonomous status, similar to that in northern Iraq. This must surely have made the Turkish government nervous, and strengthened the Kurdish position.” Just as this question hints, many security analysts are convinced that the Erdogan government decided to go ahead with open negotiations with the imprisoned Ocalan due to the inevitability in Syria that the Kurds would be a winner no matter what. The working assumption is that Syrian President Bashar al-Assad will use the Kurds to hurt Turkey’s interests — as in the past, as long as he remains in power — while Erdogan has openly been embracing a policy to overthrow him. And once Assad’s era is over, according to this working assumption, the Kurds will eventually declare their autonomous region in the north of the country no matter what.

Putting aside all these assumptions, Karayilan put the story on record from the Kurdish perspective — directly challenging Davutoglu’s argument that the Syrian regime is trying to benefit from the ethnic and sectarian divisions in the region. In fact, according to Karayilan, Ankara has been getting into interesting alliances to hurt Kurdish interests in the region. “The people of Syrian Kurdistan have achieved an autonomous status. Turkey has frequently intervened in Syrian Kurdistan. They initially wanted to break the Kurds’ unity, and stir them up against one another. Then they claimed that the PYD, the biggest party in Syrian Kurdistan, was cooperating with Syrian President Bashar al-Assad. And this, despite the fact that many PYD cadres were being held in the al-Assad regime’s prisons,” he said during the interview on June 25. “The Turkish state has devised many projects aimed at preventing any progress by the Syrian Kurds. They have armed many groups, and set up camps for them in the Turkish border zone, so as to enable them to attack the PYD.”

He went on to say, “There are groups in Syria that have been rejected by the Americans, such as the al-Nusra Front, a wing of al-Qaeda. Despite the strategic alliance between Turkey and America, Turkey has supported and armed these groups, so as to enable them to fight against the PYD and the Kurds. But none of this has worked. The Kurds in Syria have become a power factor.”

As much as one can debate whether Turkey could alter the Kurdish spring, where Kurds consider the upheaval in the region for freedom and democracy in the midst of a chaotic scenery as favoring their demands for autonomy on lands historically called Kurdistan, the jury is still out on how to judge Ankara’s play of the cards at this critical turn of history.

It, however, is a fact that PKK is openly threatening the Turkish government with stalling the negotiations if Turkey does not to meet its requirements in a timely manner, as determined by the PKK.

“As a movement we are warning the AKP government for the last time. … If concrete steps are not taken in the shortest time on the subjects set out by our people and the public, the process will not advance, and the AKP government will be responsible,” the PKK said, as reported by the pro-Kurdish Firat news agency.

The path ahead in resolving this Kurdish issue has always been difficult, and it seems that with this PKK statement, it has become more complicated than ever. The most challenging factor in all of this is that it is still a mystery as to what exactly Erdogan thinks about the steps ahead and the final outcome of these talks with the PKK, and why he chose to take on Ocalan as a partner in these talks.

In short, no one really has a clear idea as to what it is Erdogan believes peace with the Kurds will look like.