How the US Can Move Russia on Syria

A concerted US effort to find a political settlement offers the opportunity to turn Russia against the Assad regime, even if the Geneva II conference fails. 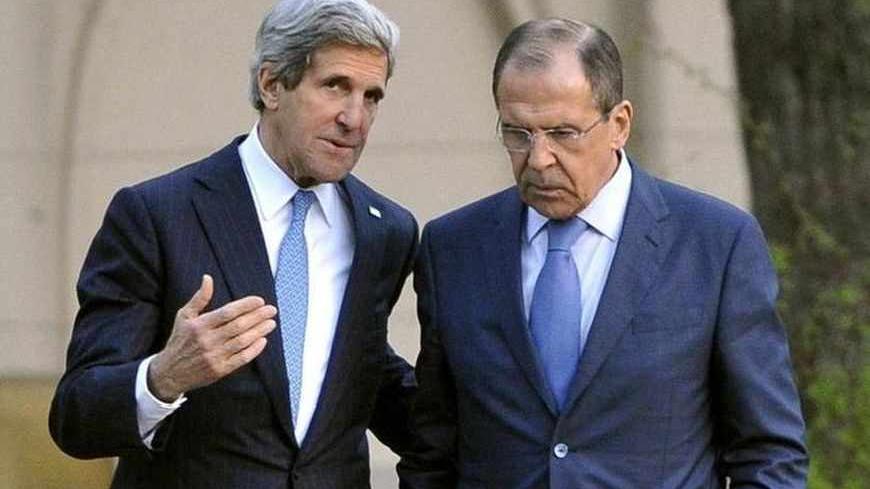 Russia's Foreign Minister Sergey Lavrov (R) and US Secretary of State John Kerry talk during their meeting in Moscow, May 7, 2013. - REUTERS/Mladen Antonov/Pool
July 22, 2013

For those who miss the comforting certainties of the Cold War, US-Russian animosity over the Syrian tragedy seems a welcome throwback to the era of proxy battles for strategic regions. In this view, there is little point in working with Russia to try to find a political settlement to Syria’s brutal civil war. The so-called “Geneva II” conference is nothing more than a cunning Russian ploy to buy time for Bashar al-Assad to win.

But happily for the world, the Cold War is over. And while a negotiated political settlement is the ideal outcome, the utility of the Geneva process should not be judged solely on those terms. By pushing ahead in a good-faith effort to bring the parties to the table, Geneva also offers the potential to drive a wedge between Russia and Assad. Only in that way will the US secure greater Russian cooperation on Syria. And that cooperation is critical to ending the Syrian tragedy without the much greater bloodshed that would come from Western intervention.

So yes, as so many critics assert, the Geneva process may fail. But the crucial question is how it fails. The US goal must be to create the conditions whereby Assad openly rejects a deal that all other parties, including Russia, endorse.

Achieving this outcome requires moving beyond the Cold War legacy of viewing Russia in purely adversarial terms. US-Russia cooperation on Syria will remain exceptionally difficult. But it need not be impossible as long as the United States understands Russian objectives. First and foremost, Washington needs to accept that Russia is in fact serious about the Geneva process — even if it has a very different perspective on what Geneva might achieve. For Russia, the Geneva process is about achieving a political settlement in Syria, not about great powers negotiating the end of the Assad regime. Russia insisted that this principle be embodied in the Geneva communique that sets out the parameters of the process and Russian policy and actions have been consistent with that concept.

The result of the political process imagined by the Geneva process, whereby Syrians (including representatives of the regime) negotiate a political transition to a different government would likely be acceptable to Moscow — even if that new government did not include Assad himself. Their emphasis all along has been that such a process cannot begin with Assad’s departure, and that Syrians themselves should make decisions about their country’s future.

This reflects that Russian policy in Syria is driven not by a desire to keep Assad in power at all costs but rather by Russian concerns that the ultimate US aim in Syria is coercive regime change. Russian fears about regime change stem from their view that such efforts are de-stabilizing and might ultimately wreak havoc in Russia’s neighborhood or even in Russia itself.

Russia’s primary objective in Syria is not to provide support for Assad but rather to avoid another Western-backed effort at coercive regime change, and all of Russia’s actions are consistent with that objective. (There are, of course, secondary objectives, like allowing the military-industrial complex to make a buck while it still can, but none of them outweigh the primary objective.)

If Moscow’s actions were driven by a struggle for regional influence with the United States or a desire to keep Assad in power at all costs, it would be acting very differently. Rather than sending sophisticated air-defense systems, which are useless against the rebels, Russia could be sending boatloads of bullets, Kalashnikovs, mortars, artillery and tanks — or even its own “advisers” (as Iran is in fact doing). It would be providing military assistance instead of insisting on cash on the barrelhead for its weapons. It would have vetoed UN Security Council Resolution 2042 and the original Geneva Communique, both of which called for a “political transition.” Senior officials would be explicitly stating their support for Assad, rather than repeatedly saying that they do not care about his fate. For an example of what Russian support for a repressive regime really looks like, see how Russia backs Alexander Lukashenko’s regime in Belarus.

Better US-Russian cooperation on Syria depends on demonstrating to Moscow that Assad and his cronies — rather than the opposition, US policy, or other states in the region — are the main obstacle to a settlement and to stability in Syria, as the US has long argued. That requires pushing ahead with a good-faith effort at a political settlement.

Skeptics of the process argue that Assad will never agree to a settlement that calls for him to share or lose power. Perhaps they are right. But they cannot convince the Kremlin until Assad proves their point by publicly rejecting a settlement that Russia accepts. This tactic worked with Iran, when Tehran’s rejection of Russia’s proposal to store Iranian enriched uranium was the critical enabling condition for Russia to support tough new UN sanctions. Similarly, if Geneva fails because of Assad, Moscow will begin to see that its desire for both stability in the region and avoiding coercive regime change requires working more closely with the United States.

Samuel Charap is senior fellow for Russia and Eurasia at the International Institute for Strategic Studies. Jeremy Shapiro is a visiting fellow in foreign policy studies at the Brookings Institution. Both are former members of the US Department of State policy planning staff.