Shiite seminaries in Najaf and Qom struggle to balance between preserving Shiite identity, while at the same time maintaining their distance from any sectarian conflict and supporting Islamic unity. 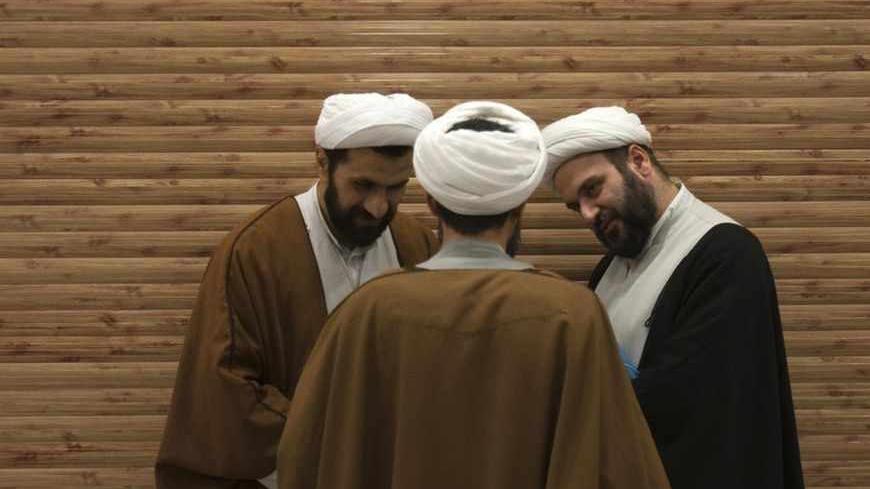 Shiite seminaries, in particular their original centers in Najaf and Qom, play a dual role within the problematic of the sectarian conflict in the Middle East. While the religious establishment is trying to preserve the group's identity — which differs from the that of the Sunni majority — it is also earnestly abstaining from classifying itself as being outside of the united Islamic entity. We can classify the role of activist groups associated with these seminaries based on their commitment to and emphasis of the unique identity of the Shiites, as well as their general shared identity with the Sunnis.

Geography and language play a significant role when it comes to differences in the Qom and Najaf seminaries’ dealings toward the sectarian conflict. While Qom lies in the heart of the Shiite community, ideologically and linguistically separated from the rest of Islamic world, Najaf practices its religious and missionary work in the vicinity of Sunni communities and under the eyes of the Arab world. Furthermore, the fact that the Qom seminary has ties to the Iranian political regime, while that of Najaf maintains its distance from politics, makes their roles within this conflict different. Najaf has refrained from supporting any Shiite parties or groups within the political domain, considering itself to be a purely religious institute, unconcerned with the current political conflicts between centers of power. This differs from the standard approach of Qom, particularly in the decades following the Iranian revolution.

Historically, these aforementioned factors have led the Najaf seminary to minimize its areas of conflict with the Sunnis and maintain as many similarities with them as possible. Najaf's decision to maintain its distance from politics has spared it the effects of the current conflicts, the majority of which are closely linked to political interests of rival countries in the region. Moreover, Najaf has sensed the need to protect itself from the neighboring Sunni environment, something that has made it move away from hate speech or religious behaviors that demonize the “other”. Rarely does one see any hostile words in the writings, speeches or statements issued by religious scholars in Najaf. There has even been an attempt to limit the publication of anything that will incite sectarian strife. Speaking to Al-Monitor, the owner of the Al-Andalus Publishing House said that he was issued a warning by the leader of the Hawza of Najaf, Ali Sistani when he sought to publish a well-known book entitled "Fasal al-Khutab", which deals with distortions in the Quran. It is noted that Shiites have often been accused by Sunnis of believing in distorting the Quran, and there have been claims that they believe in a Quran that differs from that of the Sunnis. This is despite the fact that the majority of Shiite scholars confirm their commitment to the standard Quran, and deny believing in any kind of distortion in it.

In Qom, however, hate speech and [anti-Sunni] behaviors were nearly widespread in the not too distant past. This is evidenced by the juristic opinions directed against the Sunni "other", and by the rites and rituals that offend some figures holy to the Sunnis. Historically, there were no significant movements to unify and bring together Islamic sects in Qom, except a short term in Seyyed Hossein Borujerdi’s period. These movements did not emerge until after the spread of the Islamic revolution, through the support and political vision of the ruling regime. Yet in Najaf, attempts aimed at rapprochement with the Sunnis have a long historical precedent, and have come from within the [seminary] institution itself.

In Qom, attempts at rapprochement with the Sunnis have been met with negative reactions, even to this day. A number of religious scholars in Qom believe that these rapprochement attempts are incompatible with Shiite identity, and have written responses to them.

Perhaps the most famous of these responses was the book written by Ayatollah Yasubedin Rastegar Jooybari, entitled "The Reality of Religious Unity." Nearly 20,000 copies of this book were released, before it was banned by the Iranian government. It included expressions that insulted sacred Sunni figures, and claimed that unity with the Sunnis was not only unacceptable, but not possible. Following that, Jooybari was arrested, tried and imprisoned.

Regarding missionary work, the Qom seminary has made extensive efforts to spread Shiism in Sunni areas both inside Iran and abroad, sparking the ire of Sunni religious institutions and political regimes. The Najaf seminary, however, refrained from missionary work in Sunni areas. In an interview in December 2010 with Al-Monitor’s correspondent, Sistani, the head Shiite cleric in Najaf, said, "Everyone has the right to choose the religion and sect that pleases them, while respecting others, accepting them and coexisting in brotherhood." He warned of Iran's problematic practices in this regard.

While Najaf is trying to protect Shiite identity in a way that is removed from the sectarian conflict, global communication tools — in particular YouTube — have led to the spread of a number of anti-Sunni and anti-Shiite hate messages. While the Iranian government has been trying to prevent anti-Sunni voices in Qom from spreading hate speech, Iran's general political tendency has contributed to further restrictions faced by Shiite entities in the Arab world.

Finally, will the massive humanitarian losses sustained in the ongoing sectarian battle in the region provide the religious institutions with an opportunity to change their approach toward spreading peace and coexistence? This is a question that only the future can answer, and the victims and sectarian massacres that the future brings could lead to a humanitarian awakening in the region.