Given the lax security situation since the 2003 US-led invasion of Iraq, the country’s sex trade has proliferated. 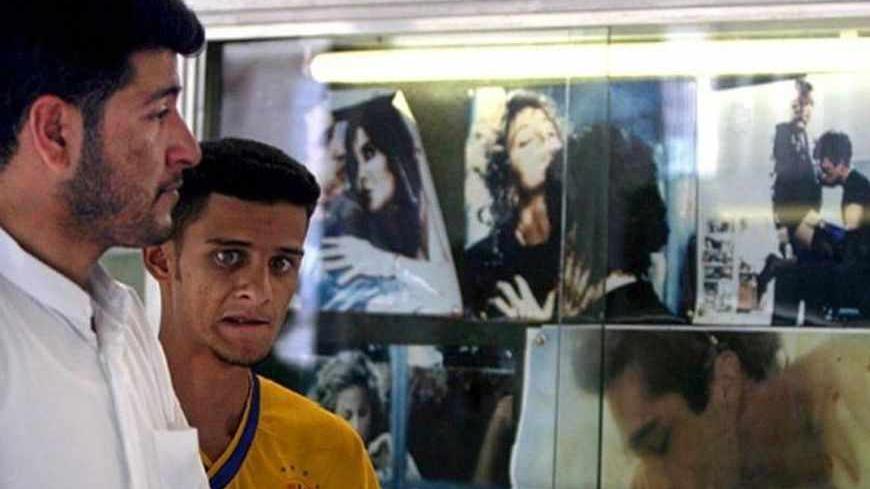 Security reports and field observations show that the sex trade is thriving in Baghdad and in Iraq’s other cities, through "agents," essentially pimps, who run brothels discreetly at times and openly at others.

The Culture Committee in the Iraqi parliament recognized the increased number of recreation clubs that are opening, taking advantage of their members' status as media personalities and artists.

Raed Qais, a worker in a nightclub, confirmed to Al-Monitor that the number of brothels in Baghdad has increased after being limited to certain areas such as Midan, Kamaliyah and Abu Ghraib. They have become active today in other areas in private homes that hold semi-discreet socializing and sex parties, frequented by clients via a network of relationships of “confidants,” their money and their entourage.

Karima Hatem admitted to Al-Monitor that she has "worked in the sex trade in Baghdad for around six years,” after a slump in demand for goods in Diwaniyah forced her to move to the capital.

Heifa Hamid also moved around five years ago from the Fawar area of Diwaniyah to Baghdad, where she works in a secret brothel in the Midan area as part of a “work team” with Hatem.

For three years, Hamid tried to work in nightclubs in Syria and Lebanon; however, she returned to Iraq following the outbreak of unrest there. She told Al-Monitor that she works "in a network that comprises close to 40 prostitutes who work in a partially secret brothel.”

Hamid has been successful in attracting a number of prostitutes to create a special team after renting a house, employing two guards to protect it and setting up a communication network with agents.

Hamid’s work also involves dance venues and nightclubs, and she has established working relationships and friendships with those who have connections with the security apparatus and police to ensure that they can carry out their activities without problems.

Fadi al-Hassan, an agent, spoke to Al-Monitor about “brothels in Baghdad and across the provinces in which prostitution is practiced unsupervised and whose clientele are wealthy and influential individuals.”

He elaborated, “The poor fulfill their sexual needs in popular neighborhoods.”

Hassan works via telephone most of the time through a network between prostitutes and clients. He organizes around 10 rendezvous each day for his many clients, some of whom are influential figures.

Samira Mohsen, a woman with gypsy roots, admitted to working with a group of women that also includes workers and university students.

Mohsen does not work in a specific brothel. Rather, she organizes her work on the go and via telephone and uses “full option” cars, ready to bring any girl to clients as fast as possible.

Mohsen only deals with high-level figures, important people from the community and those she can trust so as to avoid problems.

Sociologist Samir al-Qadi told Al-Monitor in an interview on July 6 in Baghdad, "There are many cases where female barber shops have turned into social clubs and prostitution dens.”

Fawzi Ishaq from the Batawin neighborhood in Baghdad explained to Al-Monitor, “Some brothels that are scattered around the neighborhood have harmed the reputation of its residents.” This has prompted them to file complaints to the police so that the suspicious homes might be closed.

Many private and discreet places for prostitution cannot be accessed except through personal relationships with agents. Most of the clientele are from the “elite” wealthy class and employees in senior positions who are able to evade being caught.

These clubs have become places for networking between contractors and employees, and where plans are hatched for future business ventures, despite the efforts of religious parties and extremist movements to slow their proliferation.

The names of sex-industry workers have been changed to protect their identities.