Netanyahu Blesses and Curses Europe's Role in the Middle East

Decisions by the European Union have the Netanyahu government criticizing it for intervening with sanctions in the Israeli-Palestinian conflict, while praising it for blacklisting Hezbollah. 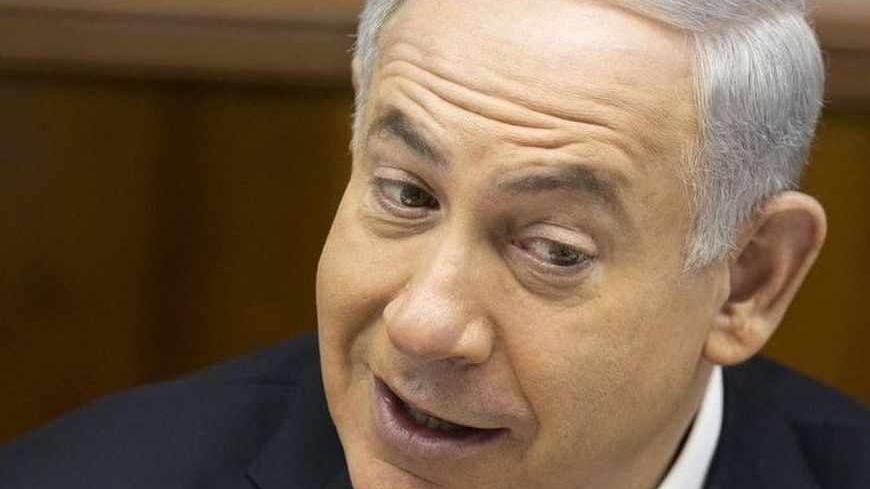 International politics and diplomacy can sometimes appear to be misleading, even paradoxical. Such was the case last week with the relationship between Israel and the European Union (EU). Prime Minister Benjamin Netanyahu found himself in a bizarre, even embarrassing, situation. At the beginning of the week, on July 16, he attacked the EU for its decision to impose sanctions on the settlements in Judea and Samaria and on Israeli communities in the Golan Heights. Within a few days, on July 22, Netanyahu was praising the EU for its decision to include Hezbollah’s military wing on its list of terrorist organizations.

After the EU announcement on the settlements, Netanyahu said, on July 16, “I would expect those who concern themselves with peace and stability in the region to only debate such an issue after resolving problems which are slightly more urgent, such as the Syrian civil war or Iran's race to obtain nuclear weapons.” Six days later, the prime minister played a different tune: “Israel has for years made huge efforts to explain to the EU countries that Hezbollah is an Iranian terrorist proxy operating throughout the world. … I hope that the decision will lead to tangible steps against the organization.”

Regarding the European boycott, Netanyahu got off relatively easy because the announcement was made almost simultaneously with the Israeli-Palestinian decision to return to the negotiating table. It is possible that the EU decision was an added incentive that convinced Netanyahu to comply with the tremendous efforts invested by US Secretary of State John Kerry to end three years of stalemate between the sides. Officially, Israel can now justifiably argue that there is no point in imposing economic sanctions on the settlements in the nine months allotted to the sides to reach an agreement that will determine their fates.

Meanwhile, an internal contradiction exists in the Israeli approach to the steps adopted by the EU. Does it make sense to criticize the EU decision imposing an economic boycott on the settlements while simultaneously supporting sanctions imposed by the same entity on Hezbollah? Is it possible to attack European leaders and flatter them at the same time? Can Israel argue that the EU ignores greater catastrophes and more severe crises in Syria and Iran and then, after six days, congratulate it for its actions against an organization that operates in Lebanon and assists Syrian President Bashar al-Assad in Syria? Thus, in less than one week, Israel’s main argument against the EU lost its sting.

The European Union, comprising 28 countries, must also own up to several of its own contradictions and paradoxes. Its foreign ministers separated Hezbollah into two wings: a political-diplomatic wing and a military wing. This decision seems to make Hezbollah Secretary-General Hassan Nasrallah, who issues all directives, appear as a legitimate player unconnected to terror, while only the organization’s members, who carry out his orders, are the ones who deal in terror. Strange. The contradiction is even more baffling when Nasrallah himself vigorously maintains that “there is only one Hezbollah,” as Ali Hashem noted in a recent Al-Monitor article. So, who is correct: Hezbollah’s secretary-general or the European Union?

For the sake of comparison, let us take a look at Hamas. Hamas’ leaders have labored for many years to create a clear distinction between its military and diplomatic wings, while Israel insists on relating to all parts of the movement as one terrorist organization. Similarly, in the current instance, Netanyahu said after the EU announcement, “As far as the state of Israel is concerned, Hezbollah is one organization, the arms of which are indistinguishable.”

The EU decision to declare Hezbollah’s military wing a terror organization is based on two primary rationales: First, the organization's involvement in Syria’s civil war and, second, the terrorist attack perpetrated by its emissaries in Burgas, Bulgaria, on July 12, 2012, in which six people were killed. Shortly after the Burgas attack, local security forces uncovered evidence linking the Lebanese organization to it. If Hezbollah was indeed involved, why did it take the EU a full year to arrive at its recent decision?

In addition, during the Hezbollah-Israel war in summer 2006, Hezbollah launched thousands of missiles and Katyusha missiles at Israeli citizens. This was definitely good enough grounds for blacklisting the organization seven years ago. A group that makes plans to murder citizens in terrorist attacks, takes control of southern Lebanon and receives funding from Iran and has the Lebanese army skittish about confronting it is surely a terrorist organization with all that implies. Only now, after a delay of many years, has the EU decided to designate Hezbollah as a terror organization while in the same breath creating an artificial distinction that even the organization’s head maintains is false.

So why now? The answer is the European effort, headed by France and Great Britain, to bring about the removal of Assad and his allies in the Syrian civil war. While this is a worthy cause — a leader who massacres his own people cannot remain in office — the EU has had a gamut of worthy reasons over the years to put Hezbollah on its blacklist.

Thus,in the case of the settlements as well as with Hezbollah, European leaders inflict sanctions while leaving a window open for the parties to come to their own conclusions and evade punishment. Nasrallah voided this possibility when he hurried to declare his organization one unit, indivisible into wings. Netanyahu, the one who praised and also criticized the EU, will need to decide during the negotiations in Washington whether Israel will be an involved, influential state in the international arena or a state with settlements and the real threat of international isolation hanging over its head.