No Separation in Hezbollah Political and Military Wings

Hezbollah Secretary-General Hassan Nasrallah mocks the EU’s misunderstanding of the inseparable nature of the party’s military and political branches. 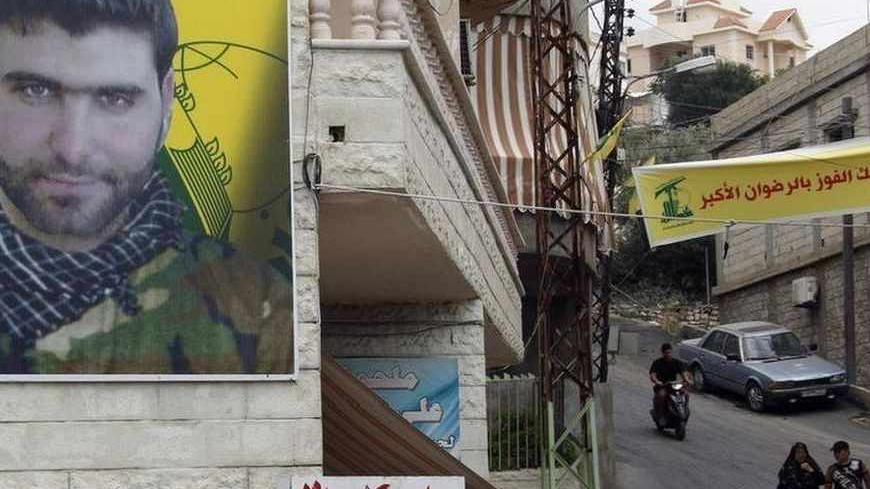 A poster of Mohamed Hassan Shehade, a Hezbollah fighter who died in the Syrian conflict, hangs on a building in Adloun, south of Sidon in southern Lebanon, July 23, 2013. The European Union agreed to put the armed wing of Hezbollah on its terrorism blacklist, a move driven by concerns over the Lebanese militant group's involvement in a deadly bus bombing in Bulgaria and the Syrian war. - REUTERS/Ali Hashisho

Hezbollah Secretary-General Hassan Nasrallah rose through the ranks of the party's military wing all the way to its top spot. It is the same wing that the European Union recently included on its terrorism blacklist. This fact sheds light on the reasons Nasrallah does not accept the EU’s logic that the party is comprised of two wings: one military and one political.

Throughout the phases of Hezbollah's existence, since its inception in the early 1980s, there are no indications that the party distinguishes between its military, security and political wings. The first and second generations of Hezbollah belonged to an environment that worked in three overlapping areas: security, politics and the military. Currently, members of these two generations control all aspects of the party's leadership. Based on their mentalities, it would be possible for them to draw a distinction between officials from the stated three wings.

The EU has missed a basic idea. In Hezbollah, the politicians follow the military, not vice versa. The fact is, the party has a major military and security heritage that is widely respected among its base, often to the point of reverence.

Former Hezbollah security chief Imad Mughniyeh — who was assassinated in 2008 — was not only part of Hezbollah’s military and leadership structure, but also helped to draw up its political vision. The same can be said of the security and military leaders who have come to share the responsibilities he held before his death.

All these observations confirm the impossibility of separating the political and military aspects of Hezbollah. The Jihad Council — the highest political, executive, military and planning authority in the party — consists of leaders who make decisions on military, financial, political, security and religious issues all at once. Even former Hezbollah Secretary-General Abbas Mousawi used to fight on the frontlines alongside the party’s mujahedeen, in addition to his post as first in command. Like Nasrallah, he was a leader, fighter and politician who oversaw security missions in detail.

Members of Hezbollah who are outside its military and security frameworks might as well be unemployed. This idea stems from the fact that the philosophy of organizational work within Hezbollah is based on a military and security legacy. From the party’s perspective, the task of planning to achieve victories in the field constitutes the cornerstone of its political program and strategic vision.

Within the party, there is a reasonable conviction that it is a permanent target of infiltration by rival intelligence apparatuses, which leaves no room for security gaps in all positions. Although the party has developed an organized military force, it largely remains an organization that practices guerrilla warfare. Thus, the party’s whole framework embodies a military structure at varying levels.

In his speeches, Nasrallah usually maintains a level of sobriety in shape and content. However, in his July 24 speech commenting on the EU decision, he intentionally broke his usual strict sobriety and said jokingly, “I will propose the appointment of members of the party’s military wing in the prospective government."

This joke — as Nasrallah himself described it — aimed to assert that the party does not see itself as consisting of two wings, and that the party’s militants are not classic soldiers who salute the flag in the morning, but are the whole party, one which maintains a structural and political project based on the idea of jihad.

Assuming the party wanted to go along with the international division between political and military wings, the latter — that is, the militants who control its key joints — will not allow any Hezbollah leadership to apply this division internally. The military and security personnel will not tolerate any leader in the party saying, "You have to pay the price, as we politicians dissociate ourselves from protecting you."

Nasrallah’s main aim today is to show the party’s solidarity, and that those designated by the international community as the political wing of the party will not abandon their comrades or compromise their roles.

In his two recent speeches addressed to the EU, Nasrallah said, "Soak your terrorist list in water and drink it," meaning that the EU decision is useless.