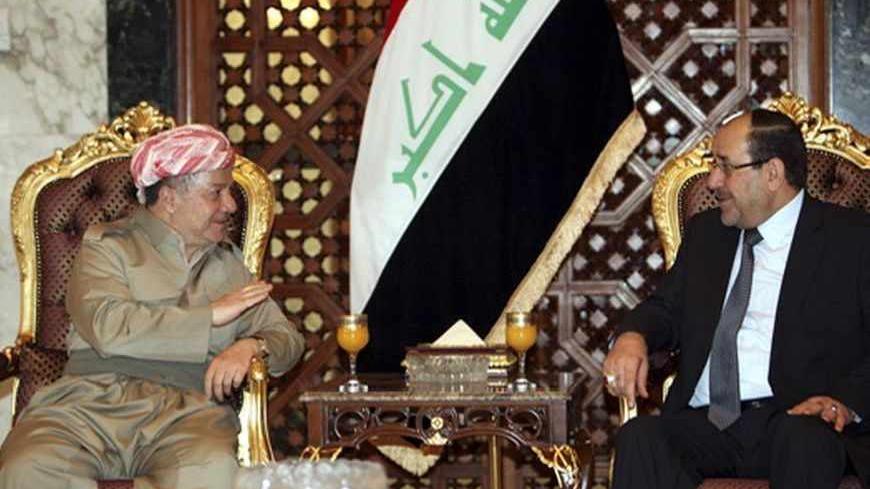 Kuwaiti women join men taking part in a protest in Kuwait City, Sept. 10, 2012. Around 1,500 Kuwaitis took part in a rally to protest against possible changes in the electoral law and call for more democracy. - REUTERS/Stephanie Mcgehee

From romance novels to opposition protests, Sara Aldrees has become Kuwait’s first female political detainee, as many refer to her. Although not the first to be prosecuted, the 26-year-old high school teacher has been one of the most vocal females in Kuwait in protests, media and through her work with the newly-formed Civil Democratic Movement.

Unlike some others, Aldrees did not try to deny to have written the four tweets critical of current Emir Sabah IV al-Ahmad al-Jaber al-Sabah, his era and his policies. She was given 20 months in jail, and the court of appeals confirmed the conviction within a week, violating her right to defense. Kuwait’s constitution criminalizes the defamation of the emir and the state; a law that has been heavily criticized lately.

Over the past two years, Twitter has been the country’s worst nightmare, which explains the continued arrests of users and long sentences given to them based on charges of “defaming the emir” and “misusing cell phones.” Last April, the state announced longer sentences for those offending the emir, the state and the judiciary system. This resulted in sentencing a 37-year-old woman to 11 years in jail for her anonymous tweets against the emir. Such sentences challenge a common convention that views women to be immune from political persecution. In Aldrees’ case, the typical image of the woman politician is taking a different route away from state feminism.

In a statement by the opposition coalition about Aldrees’s sentence, gender is not highlighted except in referring to her as the country’s first female political detainee. The opposition, mostly led by conservative and Islamist former members of parliament, took this occasion to criticize the judiciary for being politicized in favor of authorities. The same rhetoric was used by the National Committee for Monitoring Violations, which also emphasized how the sentence is a violation of human rights. Other political groups such as the Umbrella for Kuwaiti Action and the leftist Tayyar Taqadomi have also dropped the issue of women from their commentary on this case. Only a member of the Civil Democratic Movement Shaymaa al-Asiri was clear in stating that state persecution now affects women, too.

Unlike male politicians, Kuwaiti women have had clashing reactions toward this sentence. Former MP Safa al-Hashim used parliamentary sessions to demand the prosecution of activists like Aldrees for their criticism of the emir. Many pro-government women did not shy away from celebrating the jail sentence made against Aldrees through their social media accounts.

Such reactions highlight a clear class division, since Aldrees does not fit the profile of women’s rights activists who see themselves on the same line with the state. Some activists shared a video of a stateless woman who was beaten by riot police in January 2012 to remind others that state oppression of women has been ignored for existing biases toward a visible Kuwaiti young woman, but not to anonymous stateless woman.

From that opposing track, voices supporting Aldrees came to emphasize the meaning of arresting a female political activist. Liberal activist Lama al-Fidala commented to Al-Monitor, “I do not see this sentence changing women's participation in politics, yet it challenges a social convention that sees women getting a different treatment in politics. I hope Kuwaiti women will understand that this arrest means they can be next in line. Political participation is part of a Kuwaiti woman's duty toward her country and to reserve her right.”

Last year, female activist Rana al-Saadoun of the National Committee for Monitoring Violations was tried for protesting and afterward for reciting in a YouTube video a controversial speech by the opposition’s front man Musallam al-Barrak. Saadoun stated to Al-Monitor, “Aldrees’ sentence did not surprise me. We continue to see activists arrested for their opinions. As a woman, the arrest of a fellow female activist will not make me retreat. It instead pushes me forward in supporting our rights to free speech.”

Although female relatives of different political detainees have organized several sit-ins — including Kuwaiti women who protested the termination of their stateless husbands from their army jobs — we are yet to witness a protest organized by women in support of Aldrees, who currently waits for an appeal after being bailed out. The case of Aldrees can be a turning point for women in Kuwait who are not interested in following the example of state feminists, and instead seek a place in everyday politics.