A new proposal to increase unemployment payments to jobless Kuwaiti women will ensure more women stay at home and out of the workforce. 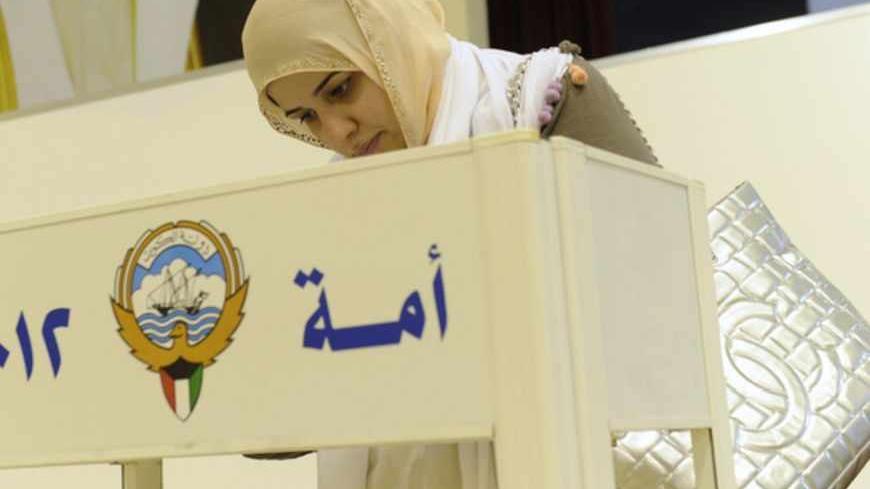 To overcome the dominance of the opposition over the political scene, members of the Kuwaiti parliament continue to propose legislation that empowers the structure of the oil-producing country as a rentier state. The past elections that brought those members to parliament witnessed a national voter boycott; the turnout was about 39% compared with 60% in the previous elections in February 2012. Benefiting from the controversial amendment of the electoral law, the current MPs are seen as loyalists to the government and incapable of making changes or reform. The legislative bills they keep proposing are referred to as "popular decisions," meaning they are made to win legitimacy and popularity, mostly by raising the salaries of Kuwaitis working in the public sector.

One of the new proposals made recently will be discussed in the coming sessions. Shiite MP Khalil al-Saleh told Al-Rai that a new proposal will grant unemployed Kuwaiti women 559 Kuwaiti dinars (about $2,000) instead of the 350 dinars ($1,200) they are getting every month. He added that those benefiting from this legislation will no longer be limited to women above the age of 40, but will include women 24 and older. Saleh, who is a member of the parliamentary women’s issues committee, explained: “This will create more jobs and help maintain the social structure.”

Fellow Islamist Shiite MP Yousef al-Zilzila defended other proposed legislation to raise salaries, saying: “We do not care about the government [which objects to the cost of this legislation]; we are standing on principle.”

This proposed legislation brings up important questions about the position of women in a country that keeps targeting political activists, migrant workers and its protesting stateless community. Many women have been siding with the government in its struggle against the opposition. On one side, the opposition is conservative and Islamist. Those who voted against women’s political rights include opposition leader Musallam al-Barrak. On the other side, the state’s support of women is seen as a shield that makes those politically active women indebted to the state and loyal to it.

For decades, Kuwaiti women have been celebrated by others in the region for their visibility and fight for female suffrage, which was only granted in 2005. The four women parliamentarians elected in 2009 emphasized this national achievement, mostly carried by women of the upper classes with support from the state and Western NGOs. Since the political clash intensified after the Arab Spring, not much has happened for Kuwaiti women as legislation remains on hold and important discussions on gender are constantly marginalized and postponed.

The four women MPs of the 2009 parliament have been seen as allies of the state. This was further demonstrated in the current parliament as the two women MPs and the two female ministers are critical of the opposition. In the February 2012 parliament, which was dominated by the opposition and dissolved after a few months, no women were elected. The performance of certain women politicians is taken as a measure for the performance of female politicians in general, and women have been seen as incapable of being key political players  as the opposition excludes them and the state acts as their guardians. A notable outcome of Kuwait’s continuous political clash is the birth of female activists who are critical of the state, though not focused on women’s issues. This year witnessed the trials of three female activists for taking part in a protest. Those women rebelled against the state to seek a place in street-level politics.

According to the latest World Bank report, women make up 23% of Kuwait’s labor force while comprising 67% of Kuwait University’s graduates. The new legislation proposed by Khalil is explained in his own words: He sees home as the natural place for women. More dangerously, the MP wants to solve unemployment by paying women to stay at home rather than reform the country’s economy, or to temporarily support the unemployed regardless of gender. The existing law was created in the first place to partially support women who are above the age of 40 and might not be able to find a job due to  a lack of education, having no financial supporter or choosing to take care of their children. The new proposal diverts this law into a national sexist practice seeing women as less of a priority for employment and a threat to the "social fabric" if they work.

The "public decisions" that are notoriously proposed by Kuwait’s current parliament show its real failure. Previous parliaments also proposed and passed sexist legislation, but the danger here is in bringing such laws with the mentality of the rentier state, bribing citizens for political loyalty and prioritizing men over women in a public sector of disguised unemployment.