Frustrated with the lack of progress by the parliamentary opposition, a Kuwaiti youth group is seeking to revitalize the protest movement. 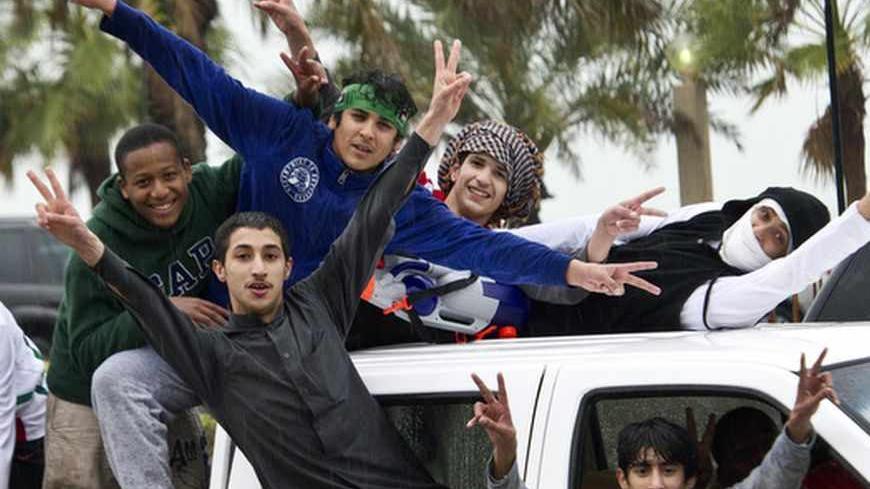 Almost two months after the parliamentary elections, the Kuwaiti opposition is still reluctant about its next steps. The opposition, led by its Islamist and conservative former parliamentarians, has boycotted the past two elections that took place in December 2012 and July 2013. Before the July elections, Emir Sabah IV Al-Ahmad Al-Jaber Al-Sabah scored a victory against the opposition when the Constitutional Court found his amendment of the voting law to be legal and in favor of “national security and the representation of minorities.” He has also succeeded in calming local and international criticism by issuing a pardon for political prisoners at the end of Ramadan.

The opposition is not only besieged by the emir’s tactics, but also isolated by other political players such as liberals, independent Islamists and tribesmen who decided to join the last elections using the court’s decision to legitimize their parliamentary participation. The stances of other political forces have also provoked an internal rift within the opposition, as some of their supporters found the boycott decision a dead end.

Mass mobilization was successful after the emir’s amendment of the voting law, but cannot be sustainable considering the court’s decision, the stance of other political forces and the instability they are seen to cause. Since the Arab Spring, Kuwait’s security and media apparatuses have been working to portray the political struggle as a social one to discredit any demands for change. Such efforts have been successful in mobilizing the Shiite minority and non-tribal Kuwaitis around the official leadership.

The emir’s attempt to silence criticism with a pardon for certain prisoners did not last long. On Sept. 22, 56 Kuwaitis were summoned for interrogation for reciting assemblyman Musallam al-Barrak’s controversial speech that he delivered in October 2012 at a popular rally against the emir’s amendment.

For that speech, Barrak was sentenced to five years in jail for insulting the emir, but was granted bail by the Appeals Court in April. Kuwait’s constitution criminalizes insults to the emir and the state; a law that has been used frequently since 2011 to persecute political dissent. Although repression is still practiced after the elections and the pardon, this has not been a strong enough issue for the opposition to make their political return.

One of the political groups decided to break the silence and address the issue of a return of what they called the popular movement to counter the authorities and their policies. The Civil Democratic Movement (CDM) accused authorities of spreading instability and targeting political dissent, reasons that should prompt Kuwaitis to return to the streets.

The group, although young and small, stated a specific agenda: “It is a national need to return to popular mobilization and demand political reforms through necessary constitutional changes.”

The CDM was established in April 2012 to call for a “democratic and civil state framed by its Arab and Islamic identity.” The idea came out of the first youth conference held last year to organize and mobilize the demographic group. Three youth groups — Kafy, Change and Development and Constitutional Equality — agreed to merge under the newly established movement. Some of the prominent faces leading the CDM are Mohammed al-Wuhaib, a professor of political science at Kuwait University; journalist Saad al-Ajmi; activist Mohammed al-Ajmi, who was tried for his tweets and Sara Aldrees, known as the first female political detainee in Kuwait.

The CDM has specifically focused its campaign on the cabinet, to which seven members of the ruling family were appointed as ministers — a larger number than usual.

The formation of the cabinet continues to be a point of conflict, as the emir reserves the right to appoint all ministers, with the Ministries of Defense, Interior Affairs and Foreign Affairs being granted to members of the ruling Sabah family. The opposition's demand of the right to form the cabinet is seen as the reason behind the Constitutional Court's decision to dissolve the January 2012 parliament, in which the opposition held the majority of seats.

Unlike the opposition's former parliamentarians, the CDM does not want to settle for a cabinet formed by the parliament, but one that is elected directly. The group states the slogan “An elected cabinet and a constitutional emirate” as their main demands that can offer an solution for the country’s unrest and a step toward more freedom and accountability.

Although young political groups are getting louder with time, with a more precise agenda to offer and debate, such groups do not yet seem to be able to mobilize crowds. A strong feeling of insecurity has pervaded since last year and continues to concern authorities.

Since last year, many groups have been formed to make political proposals, expose state oppression and support grassroots movements. The rise of such groups brings great value to the political scene in Kuwait especially, in breaking the conflict between the former parliamentarians and the emir. Yet, for such ambitious agendas to be pushed forward, such groups should attract others to work with them, instead of expecting parliamentarians to take the lead. Sectarian and controversial rhetoric from parliamentarians have harmed the movement and discredited its demands for change. Perhaps emerging groups such as the CDM can try to bridge the gap with constructive agendas in order to make mobilization feasible.