Many Israeli intellectuals are in favor of the European decision by which future agreements with Israel won't apply to settlements in the territories. 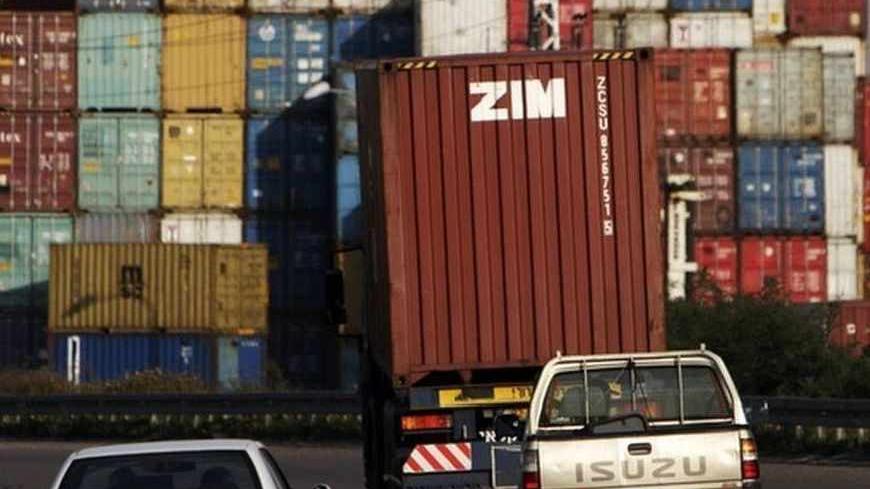 For years, the Israeli right has denounced any European Union (EU) protest against the settlement enterprise, which the Europeans claimed undermined the peace process. This time around, there have been more varied reactions in the Israeli government to the EU decision to refrain from signing agreements with Israeli organizations and companies operating in the territories across the Green Line. Aside from the fierce criticism against the new EU sanctions, concern was voiced by the right over the potentially adverse effects of the move on the peace process.

Prime Minister Benjamin Netanyahu said that he would have expected those truly interested in promoting peace and stability in the region to deal with the civil war in Syria and the Iranian nuclear program, and leave the settlements issue to direct negotiations between Israel and the Palestinians. Former Foreign Minister Avigdor Liberman and current Deputy Minister of Foreign Affairs Zeev Elkin (both settlers), known for their “concern” for the fate of the Oslo agreement and the negotiations with the Palestinian Authority, proposed to penalize the Europeans by driving them out of the political process and cutting off contact with them on the Palestinian issue.

The leader of HaBayit HaYehudi, Minister of Economy and Trade Naftali Bennett, outdid his colleagues. Bennett, whose interpretation of the “territory in exchange for peace” formula is that Israel takes control over the territories and gives the Palestinians peace in return, went as far as to threaten the EU, warning that Israel would deprive the EU of the “pleasure” of investing in water and sewage infrastructures in the territories — those basic infrastructures that Israel, as an occupying state, is required to provide under the international law.

Finance Minister Yair Lapid accused the Europeans of undermining the diplomatic process, noting that their decision “delivers to the Palestinians the message that they will have to pay nothing, on either the international or economic level, for their persistent refusal to resume negotiations, while leading them to believe that Israel will ultimately have no choice but to give in under the political and economic pressures exerted on it.” Lapid, who chairs the Yesh Atid party, argued that the EU decision “serves extremist elements like al-Qaeda, Hezbollah and Hamas,” no less!

However, this time around, other voices were heard in Israel — those of prominent intellectuals, senior academics and leading artists who sent to Brussels their thanks and blessings for the new directive. Among the signatories of the petition are six Israel Prize laureates (Dani Karavan, David Tartakover, Shimon Sandbank, Zeev Sternhell, Yehoshua Kolodny and David Harel), as well as playwright Yehoshua Sobol, former Foreign Ministry Director-General Alon Liel, former Attorney General Michael Ben-Yair and former Israeli Ambassador to South Africa Ilan Baruch. All signatories are Israeli patriots who believe that the two-state solution on the basis of the Green Line is the only way to ensure the democratic character of Israel and to realize its Jewish values.

Unlike the establishment spokespersons who warned that the EU decision would put off the resumption of negotiations, the authors of the petition note that they deem the EU decision “an act of friendship and support for the State of Israel within its internationally recognized borders ... We believe that the decision will contribute to the strengthening and tightening of ties between Israel and the European countries.” The signatories of the petition express the hope that all EU countries will indeed implement the decision in the very near future and that they will induce other countries, including the United States, Russia, China and India, to follow suit. In conclusion, the petition calls on the Israeli government to refrain from steps that are liable to undermine Israel's relations with Europe and other countries and to stop any activity across the Green Line “to the benefit of all citizens.”

It is difficult to predict to what extent, if any, the timing of the European decision to impose sanctions on Israel was conducive to the revival of negotiations, which is still in doubt. Some say that given the zero-sum circumstances, the sanctions against Israel, which made the headlines on eve of the visit by US Secretary of State John Kerry to the region, enabled Palestinian Authority Chairman Mahmoud Abbas (Abu Mazen) to score some points to his credit with the Palestinian public. And this, they note, made it easier for him to relax his position on the conditions for opening negotiations. At the same time, the European decision to twist Israel's arm provided Netanyahu with an excuse to withdraw some of the requirements he had presented to Kerry during the lengthy discussions the two held in the last months.

Experience shows that on few occasions have any significant steps have been taken in the Middle East by High Representative of the European Union for Foreign Affairs and Security Policy Catherine Ashton (or her predecessor, foreign policy coordinator Javier Solana) without first securing the consent, even if only tacit, of the American administration. If the European move has indeed caught the Israeli prime minister off guard (Netanyahu, who is currently serving as minister of foreign affairs, reprimanded ministry officials for having missed the alert), it is an indication of the weak ties between Washington and Jerusalem.

In any case, it may be concluded today that the sanctions against the Israeli occupation (and not against Israel itself) have not undermined Kerry's efforts to promote a diplomatic arrangement that would put an end to the conflict. The petition in support of the European Union, formulated before Kerry's declaration on the progress made toward the resumption of negotiations, envisaged that the sanctions “will increase the chances to bring both sides to the negotiating table towards an agreement that will include recognition of the Green Line as the basis for drawing the political border between Israel and Palestine, even if there will be small, mutually agreed modifications to it.”

The timing and circumstances of the EU announcement on the sanctions and the declaration by Kerry may thus push for an economic, academic and cultural embargo on Israel — a notion that has been gaining momentum since Netanyahu's return to power in 2009.

The list of countries joining the sanctions against Israel is getting longer by the day. The Norwegian government sold all of its shares in Elbit Systems, Ltd. in 2009 in response to the company’s involvement in the construction of the separation fence. The Government Pension Fund of Norway announced that same year the withdrawal of its investments in Africa-Israel Investments, Ltd. once it became known that the company was building in the occupied territories. The Irish National Teachers Organization and consumer associations and labor organizations throughout Europe decided to boycott Israeli products.

Following protest rallies against the occupation, marketing networks in Europe and the US suspended sales of Israeli products, and labor organizations in European ports stopped unloading ships bearing the Israeli flag. British director Ken Loach was one of the first prominent boycotters in the artistic community. He was followed by celebrated British director Mike Leigh, musician Roger Waters, physicist Stephen Hawking and Indian-American director Mira Nair.

This is what the beginning of the end of the apartheid regime in South Africa looked like. And who knows, the American determination coupled with European firmness may yet herald the end of the Israeli occupation and our conflict.