Akiva Eldar writes that Stephen Hawking’s decision to join those boycotting Israel is not only unjust — it's also unwise. 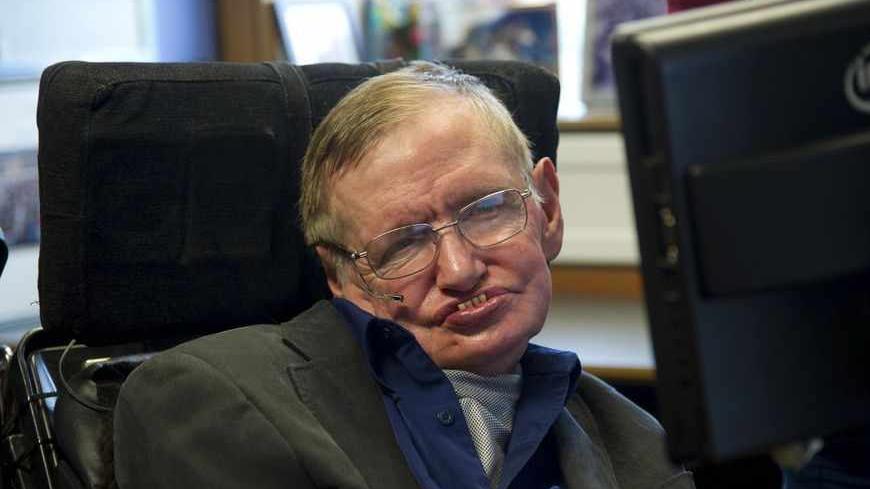 One would have expected Professor Stephen Hawking to be a tad more sophisticated.

Hawking has become an esteemed figure in the scientific community because of his groundbreaking research into the origins of the universe and its future. He's also quite popular among the general public, because of his book A Brief History of Time, which quickly became a bestseller, and the way he contends with Lou Gehrig's disease (amyotrophic lateral sclerosis). The last thing anyone can say about this British prodigy from Cambridge is that he is stupid or shallow.

That is why Hawking’s decision to join the academic boycott of Israel leaves something of a “black hole” on his reputation.

Last week Hawking canceled his plans to participate in the annual President’s Conference, organized by President Shimon Peres and scheduled to be held in Jerusalem June 18-20. At this event, thousands of guests from around the world will convene to discuss solutions to major global issues. This year’s conference is expected to be especially notable, because it marks the 90th birthday of Israel’s president. Hawking announced that he was canceling his plans to come.The reason he gave was Israel’s treatment of the Palestinians.

Two adjectives I used earlier were “stupid” and “shallow.” These could well be used to describe the decision by academics, authors and artists to join the boycott of Israel’s rich intellectual life (this is probably where it is important to emphasize that this boycott is in opposition to Israel per se, and not against the occupation or against the settlements constructed beyond Israel’s formal boundaries in Palestinian territory that is in a state of ongoing military occupation).

An example of this is the supporters of the BDS (boycott, divestment, sanctions) movement, which advocates an economic, cultural, and academic boycott, the withdrawal of all investments, and the implementation of sanctions against Israel, with no distinction made between the two sides of the Green Line. There can be no doubt that they were especially pleased by Hawking’s decision. They eagerly added his name to the growing list of celebrities and international organizations that are boycotting Israel, a list that includes filmmakers Ken Loach and Mike Leigh, author Alice Walker, musicians Elvis Costello and Roger Waters, Johannesburg University, the Irish labor unions and Japanese retail design company Muji.

It is undoubtedly unpleasant for the average “proud Israeli” to be marked as a “pariah” by some of the leading scientists and intellectuals around the world. Nor can there be any doubt that in the “zero-sum game” between Israel and the Palestinians, the latter have scored another victory.

Nevertheless, a brilliant physicist such as Hawking should have realized that it's impossible to deal with the complex reality of the Middle East through boycotts, no matter what kind they are. He should have known that the results of such boycotts tend to be the exact opposite of what was originally intended.

Let us assume for a moment that Hawking wanted to protest the Israeli occupation and expedite a withdrawal from the territories. Still, his decision to boycott the President’s Conference not only fails to strengthen the peace camp in this country. It actually weakens it. This was best expressed by President’s Conference Chairman Yisrael Maimon. According to him, boycotting an event that bears the name of Nobel Peace Prize laureate Peres only serves to strengthen the extreme right, which continues to call Peres the “Criminal of the Oslo accords.” Without even intending to do so, Hawking and other like-minded individuals have taken one of the few public figures in Israel, who has openly supported the Arab Peace Initiative and maintained an ongoing dialogue with the leadership of the Palestinian Authority. Rather than embrace him, they present him as someone who lives in some “illusion of peace.”

By boycotting Peres' President’s Conference, what Hawking really did was bestow an invaluable gift on all of those who claim (a group headed by Prime Minister Benjamin Netanyahu) that the de-legitimization campaign being waged against Israel has nothing to do with the Occupation, the settlements, or the moribund diplomatic talks. It challenges the very right of the Jewish state to exist as a sovereign political entity.

In his most recent book, Ha-Am ha-Mechutzaf (The Nation with Chutzpah), internationally acclaimed Israeli historian Yehuda Bauer examined the moral common ground between Israel’s regime of occupation and the apartheid regime in South Africa. Bauer begins by expressing his opinion that “Israel is instituting a regime of occupation through what can only be described as a nationalist policy.” Nevertheless, he ultimately determines that unlike South Africa’s apartheid policy, black-, white-, and brown-skinned people live beside each other. Bauer then goes on to remind us that in May 2010, when the killing of nine Turks aboard the Marmara flotilla raid caused an international commotion, hundreds of civilians were killed in Darfur as a result of an attack by the Sudanese Army and its allies, while many hundreds more died in the fighting between rival militias in the eastern regions of the Democratic Republic of Congo. Bauer then draws a red line between legitimate, and even justifiable, criticism of Israel’s occupation policies, and the boycotts, ostracizing, and unimpeded incitement against Israel, which reek of anti-Semitism.

Comparing Israel to South Africa is unjustified. Imposing the same model of sanctions against Israel would therefore be unwise. It's well known that the apartheid regime only increased its aggressive policies against blacks as the sanctions intensified. In the 1987 elections, when the sanctions were at their peak, extreme right-wing nationalist parties gained strength. A group of researchers headed by Gary Clyde Hufbauer of the Institute for International Economics in Washington evaluated no less than 116 cases of sanctions and embargoes imposed on various countries since World War I. They found that no more than one-third of them had positive results. Most of them, including the embargo on South Africa, were only partial and ineffective. Furthermore, the arms embargo accelerated South Africa’s development of a local arms industry, which became a major source of exports. The harm that sanctions caused the economy affected no more than 1 percent of the GNP.

The main factors that brought about the end of the apartheid regime were bold and visionary leadership among both the White minority and the Black majority, and the end of the Cold War.

It is also worth noting that officially at least, Israel has also imposed boycotts of its own. For example, it prevented linguist Noam Chomsky from visiting the Palestinian Birzeit University. With all due foolishness, it regularly prevents other harsh critics of its occupation policy like Norman Finkelstein from entering the country, and it has expelled pro-Palestinian activists.

This author has no qualms about unreserved criticism of the various Israeli governments’ attitudes toward the Palestinians or their settlement policies, which hinder the chances of reaching a two-state solution, even though that is the only way to ensure that Israel remains a democratic, moral state with a Jewish character. I take precautions not to allow any products manufactured in the settlements to enter my home, and I praise every foreign government that marks imported goods manufactured in the settlements.

Nevertheless, there is a vast difference between that and a comprehensive boycott of Israel’s president, academics, cultural institutions, and economy. It is even greater than the difference between Israel’s occupation regime in the Occupied Territories and the apartheid regime in South Africa.

I would recommend to Hawking that he should learn a lesson from Spanish author Antonio Muñoz Molina, who was also pressured to boycott Israel. Molina accepted an invitation to come to Jerusalem in February to receive the prestigious Jerusalem Prize for Literature. He then donated the prize money to the Hand in Hand network of joint Jewish-Arab schools, which teaches coexistence. In an article in Haaretz, Molina wrote that whenever any European journalist asked him why he agreed to go to Jerusalem to receive the prize, he answered that he believes that many Israelis support a just peace with the Palestinians and are critical of the settlements just like any progressive European would be. “After shaking his head, I expected my questioner to respond, ‘But they are an ever-dwindling minority.’ I immediately answered him, ‘That makes it all the more right for us to stand by their side'.”

And so, Professor Hawking, let me be brief: When considering the history of the reason to come to Jerusalem and show support for the peace camp, you still have time.