Hezbollah remains unsure of what to make of Egyptian President Mohammed Morsi’s ouster. 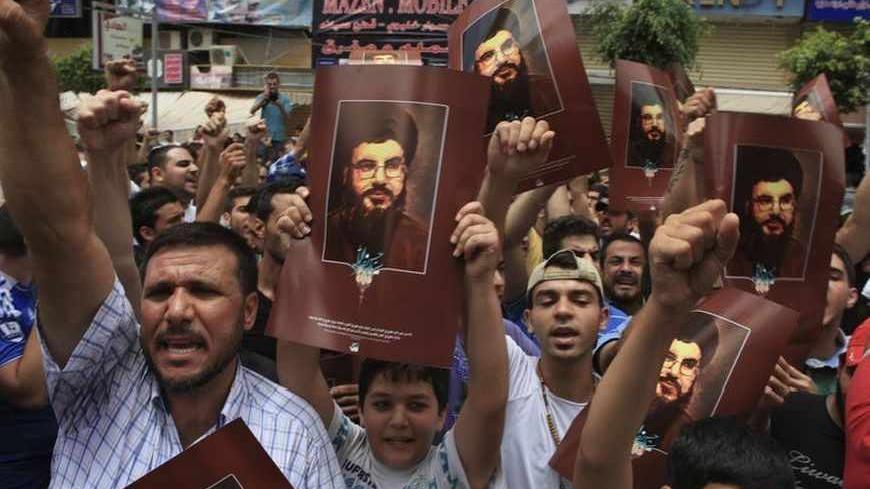 Supporters of Lebanon's Hezbollah leader Hassan Nasrallah carry his pictures and shout slogans near the site of an explosion in Beirut's southern suburbs, July 9, 2013. - REUTERS/Khalil Hassan

In the short time that the Muslim Brotherhood ruled Egypt, Hezbollah maintained a positive attitude toward the organization despite their differences over Syria and other issues. This was in part because Iran and Hezbollah could not ideologically stand against Egypt while it was under Islamist rule. Some observers believe that Egypt being ruled indirectly by the Muslim Brotherhood’s supreme guide helped justify Iran being ruled by a supreme leader (vali al-faqih). The fall of the former, therefore, might also suggest that the people of the region are rejecting religious rule, including that in Iran, despite its advocates having used democratic means to gain legitimacy.

Hezbollah and Iran had other reasons to support Brotherhood rule in Egypt. For example, Brotherhood-ruled Cairo served as a competitor of Wahhabi-ruled Riyadh, creating a split in Sunni Islamist authority. Moreover, many Shiite parties reference the writings of Sayyid Qutb, the Muslim Brotherhood founder. Among such Shiites is the Islamic Dawa Party, to which Iraqi Prime Minister Nouri al-Maliki belongs. Some of Qutb’s writings have been translated into Persian and made part of the Khomeinist ideological curriculum in Iran.

In addition to some similarities, however, there are many political differences. When the Brotherhood was in power, its leadership steadily criticized Tehran and Hezbollah, accusing them of sending agents to predominantly Sunni Arab countries to spread Shiism, a charge that Iran continues to deny.

The biggest dispute between the two sides concerns Syria, although there is agreement even there on a few points. Both the Brotherhood and Hezbollah reject Western intervention in Syria. But unlike Iran and Hezbollah, the Brotherhood has insisted that President Bashar al-Assad step down. The Brotherhood was also against Hezbollah’s intervention in Qusair. In a June 15 speech, Morsi joined the Gulf countries’ campaign against Hezbollah's participation in Syria and announced the severing of relations between Egypt and the Syrian regime.

In short, Hezbollah is unsure of what it should make of Morsi’s removal. On the one hand, it appreciates the Egyptian military’s balanced positions, which are different from those of many Arab leaders regarding Syria in insisting that Assad step down. On the other hand, Morsi’s fall could mark the beginning of the end of the Islamist political project in the region, which would be bad news for Hezbollah’s main ally, Iran.