Twenty years after it was first planned and built,  Harish radiates despair and neglect, with no one to manage it or bring it alive. 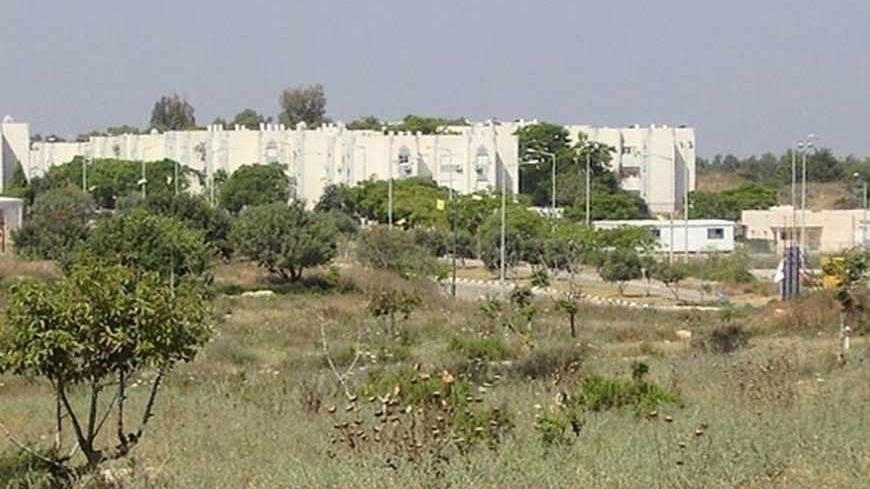 The northern neighborhood of Harish, May 2006. - Rick J. Pelleg

I popped into Harish for a visit on July 3 and left with a strange feeling about the place. This new city, which was planned 20 years ago as an Israeli success story, quickly became a resounding urban failure. It looks absolutely dismal, and my visit left me with the impression that this is what the “Tower and Stockade” settlements must have looked like before the establishment of the state of Israel.

In those days, whenever the leadership of the Yishuv — the Jewish community in Mandatory Palestine — wanted to establish “facts on the ground,” they would send people out in the middle of the night to grab a piece of land. Within hours they would put up a few walls, so that when Arab residents living nearby woke up the next morning, they would discover that another Jewish “settlement” had been established while they were asleep.

This was how the new settlers were able to map out and expand the boundaries of Jewish settlement throughout the country day after day. It was all based on the temporary structures that they put up in the middle of the night. Many years have passed since then, the state of Israel has since been established and new cities and towns have been built for the benefit of millions of Israelis. The young state no longer needs to engage in the same kind of chicanery as it did with the “Tower and Stockade” method.

As it turns out, this is not the case. What I found in Harish reminds me of those very days. Just a few minutes’ drive from the city of Hadera — north of the center of Israel — there’s a large sign welcoming everyone passing through the gates of the settlement of Harish. But anyone who actually enters will soon discover that no one is manning the entrance gate. The barrier is a tad too rusty, and it must have known better days. But a rumpled Israeli flag hanging by the entrance hints that there are people living there. Signs pop up everywhere too, giving the impression that this is a very lively place.

One sign promises an exclusive housing project, and another one promises that a commercial center will soon be built on the site, but the biggest sign of all announces that early registration has begun for the green building project.

But signs and reality are two very different things. At the entrance it is already glaringly obvious that something went wrong immediately after this town came into being. There is a cluster of homes, which started being built long ago, but it seems that construction came to a sudden halt, without any warning, as if someone gave the order to stop. They are ugly prefab houses. Even the main road, which cuts through the town, stops suddenly without any warning.

It’s undeniable. This town experienced some serious birth pangs. The kibbutz that was situated here in the early 1990s was abandoned by its members. Two years later, in 1996, the town of Harish was founded on its ruins. The new town was intended to fulfill two purposes: to provide cheap housing for young couples and establish a Jewish presence in an area full of Arab towns.

Many young Israelis were attracted by the low cost of housing. They left homes and cities around the country to take advantage of the prices here and enjoy the breathtaking scenery surrounding the town.

Everyone wanted to live in Harish. Young secular couples who came here were soon joined by religious families. Barely any time had passed, and the state announced special benefits enticing the ultra-Orthodox community to come live there. New immigrants from Russia were also invited to make their new home in Harish.

But the diversity didn’t stop there. In the early days of the town, several buses pulled up and let out hundreds of people. It turned out that members of a notorious Bedouin clan from the city of Ramle were being moved into homes prepared well in advance for them. They were brought to Harish in an effort to put an end to a bloody feud between the Karaja and Jarushi clans. At the time, it was thought that the feud would set all of Ramle aflame, so many members of the Karaja clan were sent to Harish. It was hoped that the fresh air would calm them down.

“I’ll never forget it,” says Avi Abulafia, one of the town's first residents. “The people who lived here started to panic. Others, who were planning to come live here, got frightened and changed their plans.”

This complex human mix, combined with harsh economic problems disturbed the settlement dream on which many young couples had placed high hopes. In a country where housing costs are among the most exorbitant in the world, Harish offered a solution for thousands of Israelis.

Some 200 families now live in the settlement. Most of them are still deliberating over whether they should stay or go. Almost two decades after the settlement was founded, it has no bank, no post office, no restaurant, no kiosk, no cafe, no clinic and no supermarket. There is no head of the local council either, or members of the local council for that matter. There is an ultra-Orthodox temporary manager, who was appointed by the ultra-Orthodox Shas Party to reduce any sense of decadence and debauchery that the place might exude.

“I’ll tell you something else,” adds Abulafia. “There’s no sanitation either. They clean the settlement just twice a year, on the eve of Rosh Hashanah — Jewish New Year — and on the eve of Passover. There is no one to clean the streets and sidewalks on all the other days.”

But not everyone conveys a sense of desperation over the difficulties that Harish is facing. Yoel Atal, a young ultra-Orthodox man with payot (sidelocks) that reach down to his shoulders, believes that Harish is the beginning of every spiritual experience. This young man has managed to change his life from one extreme to the other. Now in his mid-20s, his life took a sharp turn, when he was exposed to the teachings of Rabbi Nachman of Breslov — founder of the Breslov Hasidic movement. It happened after he completed his military service in Battalion 202 of the Paratroop Brigade. He hasn’t had a moment of sadness since he became religious. The Breslov Hasidic group — known for the fits of ecstasy experienced by its followers all around the world — gave him a sense of happiness which refuses to be extinguished even in moments of crisis. Yoel, whose smile never leaves his face, is in good company. Many of the residents here have become religious and are members of the Breslov Chassidic sect.

In the week that I visited the town, the members of the Hasidic sect were about to participate in the dedication of the Breslov synagogue. Hanging from many of the balconies are signs with the group’s slogan spelled out in large letters: “We have no one we can depend on apart from our father in heaven.”

The residents will soon need a sizable dose of that sense of tranquility that members of the Breslov Hasidic sect are so famous for. The Ministry of the Interior has already informed them that the head of the local council it appointed will soon be completing his term, and they will be able to choose someone from among them to be the next head of the town. It is as if democracy is all that this ghost town is missing.

It is four months before the elections are scheduled to take place, and the 600 eligible voters have already split into factions. Abulafia says that he doubts whether more than 200 people will actually vote. “You wouldn’t believe it,” he adds, “but the settlement is torn apart because of all the coalitions being formed in the run-up for these elections. It’s everyone against everyone else. I don’t like to say it, but there’s going to be a world war here over a meaningless job in a settlement that barely exists on the map.”