A landmark ruling by the European Court of Human Rights is putting pressure on Turkey’s prime minister to abandon his many libel cases against journalists. 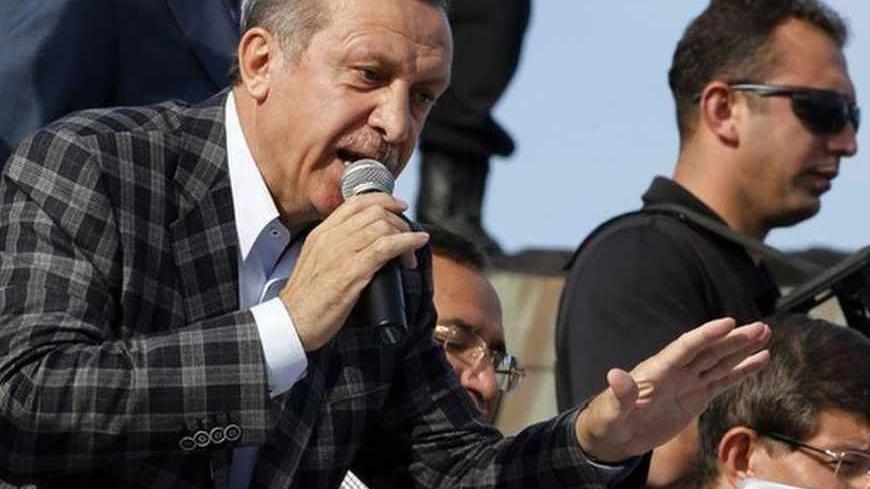 It takes only 24 hours for any writing on press-freedom restrictions in Turkey to go stale. Hardly a day passes without a fresh blow to media freedoms.

A few weeks ago, the media reported that the Sabah newspaper censored the articles of its ombudsman Yavuz Baydar — also an Al-Monitor contributor — in which he criticized his newspaper for ignoring the Gezi Park anti-government protests. A newspaper censoring its own ombudsman was unprecedented even in Turkey, whose press-freedom record deteriorates by the day. Having censored two of Baydar’s articles, Sabah notified him formally on Tuesday, July 23, that he had been dismissed. The notification said that Baydar’s criticism of the state of press freedom in Turkey in an article he wrote for The New York Times amounted to an insult to his newspaper.

The Turkish government’s interventions are not limited to ensuring that authors of unpleasant writing are shown to the door. A government agency, the Savings Deposit Insurance Fund (TMSF), has seized publicly indebted media entities and sold them off to companies close to the government. Earlier this month, the TMSF sold the Sky360 television channel and the Aksam newspaper to the Kolin-Limak-Cengiz consortium, without holding any public tender or auction. The same consortium had been awarded the project to build a third bridge over the Bosporus. The TV station and the newspaper were handed to the consortium virtually as the bonus of the bridge contract.

Yet more was to come, and did last week. The former editor-in-chief of the Taraf newspaper, Ahmet Altan, was sentenced to 11 months in prison for insulting Prime Minister Recep Tayyip Erdogan, after being sued by the prime minister himself.

Erdogan’s apologists argue that the prime minister, just as anybody else, is entitled to protect himself against personal attacks and that he sues only those who insult him. The European Court of Human Rights (ECHR), however, disagrees. In the case of journalist Erbil Tusalp last year, the ECHR issued a judgment that could perhaps invalidate all of the prime minister’s libel cases. The ECHR condemned Turkey over Tusalp’s conviction, ruling that politicians should tolerate stronger degrees of criticism than ordinary individuals and that Tusalp’s criticism of Erdogan and the government did not amount to insult and fell within the limits of freedom of expression.

Tusalp had written that the prime minister was mentally unstable and suffered from a “psychopathic aggressive disorder.” He had accused the prime minister of swearing and of treating the state as the private property of his party. Given that the ECHR considered those comments to be within the limits of freedom of expression, it is not hard to predict that it would condemn Turkey in almost all other libel cases the prime minister has won.

The government must have never imagined the consequences when it passed a 2003 law that is now taking those cases to a very intriguing point. The legislation stipulates that cases in which the ECHR has condemned Turkey should be reviewed on domestic level.

In December 2012, Tusalp’s lawyers, armed with the ECHR ruling, petitioned the Ankara Civil Court, which had ruled in the matter of compensation for Erdogan, to alter its verdict in line with the ECHR judgment.

According to a report by Sedat Ergin in Hurriyet, the prime minister’s lawyers petitioned the Ankara Civil Court to ignore the ECHR judgment and stand by its original ruling. Ergin reports that the court rejected the request and annulled the compensation verdict. Naturally, the question now emerges of how the compensation money that Erdogan had won will be returned to Tusalp. The prime minister still has a chance to appeal the decision at a higher court, but similarly, Tusalp has a chance to go to the ECHR again.

How those cases wind up and whether the prime minister repays the compensation he won will have a great symbolic significance for the protection of freedom of expression in Turkey. The ECHR judgment demonstrates that the free-speech criteria in the prime minister’s mind are in stark conflict with European standards, and constitutes a call on him to review all court cases he has initiated. Depending on how Erdogan responds to this call, this could mark a major turning point for freedom of expression in Turkey.