Is Turkey Heading Toward Civil War?

The risk of deepening social unrest hovers over Turkey as the prime minister refuses to acknowledge the grievances of demonstrators. 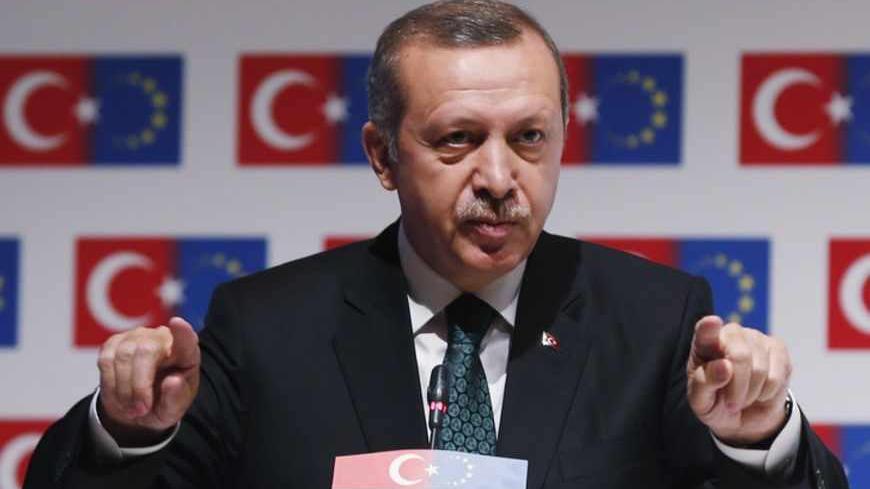 For the past several days, all Turkey held its breath as it awaited Prime Minister Recep Tayyip Erdogan’s return from his North Africa tour to hear what he would say about the ongoing Gezi Park resistance.

While in Tunisia, Erdogan had already given two messages that signaled what his stance would be. First, he confirmed he would go ahead with building a replica of Ottoman military barracks at Taksim Square, which led to the uprooting of trees at Gezi Park and ignited the events that shook Turkey. Second, he declared that “the minority cannot rule the majority” in response to criticism that his rule had become a majoritarian diktat.

The two statements indicated that the prime minister would not back down. They followed a meeting between the Taksim Platform, the group coordinating the protests, and Deputy Prime Minister Bulent Arinc, which had moderated the climate even though it was inconclusive. A striking fact illustrating the scale of Erdogan’s obstinacy was his defiance of a ruling by the Istanbul Administrative Court which suspended the military barracks project.

When Erdogan arrived in Istanbul at 2:30 a.m. on June 7, tens of thousands of euphoric supporters greeted him at Ataturk Airport. In his address to the crowd, he stopped short of saying anything specific about the barracks project, while putting the whole blame of the unrest on others.

He accused local and foreign investment groups, saying, “the interest-rate lobby thinks it could bully us with the speculations it has launched at the stock market.”

He held the protesters responsible for the unrest, saying, “The demonstrations, said to be about a mere 15 trees at Gezi Park, have claimed three lives.”

He attacked the many intellectuals supporting the protests, saying that “people who claim to be journalists, artists and politicians have been extremely irresponsible … and acted as the finest of provocateurs.”

He accused secular and Kemalist groups of vandalism, saying, “those who go around waving the Turkish flag have become a puppet in the hands” of vandals.

He hinted that he saw the protests as an attempt to topple his government through anti-democratic means, saying, “The people entrusted us [with power] and only the people can take it back.”

Erdogan has had almost no criticism for himself or for his government over the unrest. He has only said that “police might have sometimes used excessive force” and that complaints would be investigated.

He has made no comment about his attitudes and policies that have led to the accumulation of huge public anger and brought Turkey to the point of the Gezi Park revolt. Nothing about his tight control of the media and the journalists who have been fired only for criticizing him. Nothing about the worries of people with a secular lifestyle and the dubious alcohol law. Nothing about naming the third Bosphorus bridge after Ottoman sultan Selim The Grim, whose legacy terrifies Turkey’s Alevis. Nothing about labeling people who drink as “drunkards” and “alcoholics” and the conservative concept of morality he has been imposing in every realm. Nothing about his incessant comments on just anything — from construction projects in Istanbul to soap operas — and the fact that his busybody bureaucrats take each of those comments as an order for new arrangements and restrictions.

Erdogan appears to only acknowledge that the extremely heavy-handed, repeated police clampdowns on the peaceful protesters at Gezi Park, which triggered the revolt, might have been wrong.

He may say he embraces not only his voters but the whole nation, yet Turkey is today in the grip of a very dangerous social polarization and tensions.

Just before flying to North Africa, Erdogan sought to intimidate the Gezi Park demonstrators as he hinted that his supporters could also take to the streets, saying he was “hardly keeping the 50 percent [of voters] at home.”

Amid this tense polarization, it is apparent that a significant part of the AKP electorate sees the demonstrations as a prelude to a fresh coup and believes that an attempt is under way to unseat the prime minister through illegitimate means. It seems that the artificial tensions that Erdogan has used to create with his hallmark “us against them” policy to consolidate his party’s vote have this time become a serious threat to social peace.

On June 6, a small group which attempted to stage a demonstration in support of the Gezi activists in Erdogan’s hometown of Rize narrowly escaped being lynched by an enraged mob, thanks to police intervention.

The crowd that greeted Erdogan at the airport was clearly furious, too. The dangerous scale the tensions have reached was reflected in their chants: “Let us go and we’ll crush Taksim.” The prime minister did nothing to stop those chants. He peppered his speech with messages such as “we have nothing to do with fighting” and “now we go home, in the spirit of the dignity, common-sense and prudence that you have maintained in the past 10 days.” Those words might have stopped his supporters from taking to Taksim last night, but it is doubtful whether they did anything to reduce the huge tensions across the country.

The prime minister’s attitudes and policies will mostly determine what happens in Turkey from now on. On one side of the rift there are masses whose anger has overflown to the streets as they perceive fiats on their lifestyles and interventions in each and every realm of life and feel they are despised by the prime minister. On the other side, there are people who believe that the prime minister is being insulted, that he is the target of a fresh coup attempt and that the minority is unfairly restricting the will of the majority.

The artificial tensions created by the prime minister’s divisive and polarizing rhetoric are growing into concrete, palpable areas of confrontation. The risk that these tensions could spiral out of control and devolve into clashes between different social groups evokes a nightmare scenario that no one dares speak about.