Israeli Challenges in Reconciliation With Turkey 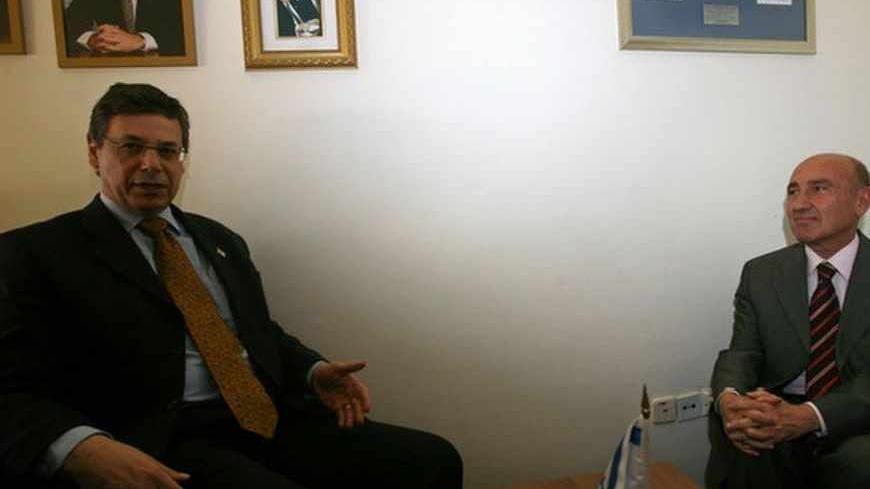 The following story reminds me of the famous movie “The Mouse That Roared,” starring Peter Sellers, about a tiny imaginary duchy that declares war on the United States. The movie, based on the satirical novels of American-Irish writer Leonard Wibberley, ridicules international relations, the arms race and US politics.

The story took place on July 2 at a roundtable in Istanbul with Israeli academics and a senior representative of the Israeli Consulate in the city. The event was held at the height of diplomatic efforts to end the crisis of the Mavi Marmara flotilla and rehabilitate ties between Turkey and Israel. One of the speakers was professor Efraim Inbar, director of the Begin-Sadat Center for Strategic Studies at Bar-Ilan University — the very same center where Prime Minister Benjamin Netanyahu delivered his June 2009 speech, in which he first expressed his commitment to a two-state solution.

Before I quote Inbar, I should note that the website of the center he heads explains that it was established “in memory of (late Israeli Prime Minister) Menachem Begin and (late Egyptian President) Anwar Sadat, whose efforts in pursuing peace lay the cornerstone for conflict resolution in the Middle East.” The head of the institute carrying the name of those who broke through the barriers between Israel and the most important Arab state, sounded the death knell of the close relationship between Israel and the first Muslim state that granted it recognition.

The senior professor then went on to threats: “We were always cautious on the issue of recognizing a Kurdish state, but if Turkey (a country of 73 million inhabitants with the second-largest army in NATO) continues to pressure Israel too much, we may have to revise our position. I know Kurds come to Jerusalem. If Turkey continues to be hostile to us, we will respond. We will not turn the other cheek. Sorry, we are not Christians.” And that's not all. Inbar warned that Turkey will not force Israel ''to do something that we haven't done to this day'' – a broad hint concerning aid to the Kurds, the opponents of the Ankara regime. In response to a question from one of the participants, asking him what exactly he meant, Inbar opted to leave his listeners with fodder for anxiety. “I’m not sure I want to make myself any clearer,” he said obliquely, and did not elaborate.

Inbar explained that the large Muslim state should not be “meddling” in the Palestinian problem because it supports Hamas — an Islamist organization seeking to destroy Israel — as well as radical organizations in Syria. After dubbing Turkey a terror-supporting state, Inbar went on to define the position of the Palestinian leadership in Ramallah as “a Nazi position,” no less. He wondered aloud, “Why Jews are allowed to live in Istanbul, in Washington and in France, but cannot live in their homeland, under Palestinian rule." He claimed the demand to evict settlers — from lands that Israel took over in contravention of international law — “was, in fact, a demand to establish a 'Judenrein state,' clean of Jews. This is a Nazi position.”

At this point, Deputy Israeli Consul-General Ohad Avidan Kaynar got up and left the room. But that’s not all. So as to dispel any doubt about the reasons he walked out of the discussion, he was quick to post the following remarks on his blog:

“For the first time in my life, I had to leave a very interesting discussion about the Israeli-Turkish relationship. My apologies to the organizers of the roundtable event, friends which had labored to improve Israeli-Turkish ties. Never would I have guessed that after withstanding two years of the very worst and most hateful rhetoric, an Israeli guest, in a Turkish panel, would be the reason I would have to walk out.” The Israeli diplomat said he had decided to leave the room “following comments which were made by a private individual, opinions which at no point resembled any coherent idea or statement held or given by the government of Israel.” He noted that a day earlier, “another problematic and objectionable statement had been given, this time by a Turk. It would seem that when hateful and harmful rhetoric comes, it does so from all sides of the table.”

One can guess how former Foreign Minister Avigdor Liberman would have reacted to these remarks had he still been at his office in the Foreign Ministry. The reaction of the deputy consul in Istanbul represents a trend toward pragmatization in Israel’s foreign policy, based on identifying common regional interest. It was reflected in Israel’s apology to Turkey over the flotilla affair, attempts to warm up relations with Jordan, cooperation with the Morsi regime in Egypt and the indirect dialogue with Hamas.

Inbar’s lecture represents a Liberman-style foreign policy, based on militancy and “national honor” — Liberman recently called for the renewed Israeli conquest of the Gaza Strip. The objection to Israel’s apology and suggestion to adopt punitive measures against Turkey are additional attempts to turn back the wheel toward the Liberman discourse.

Alon Liel, an expert on Turkey who served as director-general of the Israeli Foreign Ministry, told Al-Monitor on July 10 in response to the Istanbul incident that the trend of Israeli academics identified with the right wing to threaten Turkey with a resumption of the alliance between Israel and the Kurds is “a dangerous rusty weapon which consistently causes only damage and not an iota of good.”

Nimrod Goren, the founder and head of the Israeli Institute for Regional Foreign Policy, who took part in the Istanbul panel, accused opponents of reconciliation with Turkey of abusing the momentary frustration of the Israeli public — as reflected in a poll commissioned by the Begin-Sadat Center, which calls Turkey a hostile, terror-supporting state and similar derogatory names. The poll found that 71% of Israelis believe Netanyahu’s apology to Turkey for the death of its citizens aboard the Mavi Marmara was a mistake. Nonetheless, Goren says, most of the Israeli establishment understands the importance of ties with Turkey and advises patience in allowing the rehabilitation process to succeed.

Goren, who has established fruitful cooperation with Turkish research institutes, told Al-Monitor on July 10 that it’s far easier to resolve the dispute over reparations to Turkey than to put the apology issue behind us. Liel and Goren agree that an apology and compensation can speed up the end of the crisis in relations between Ankara and Jerusalem, but only true progress toward resolving the Israeli-Palestinian issue will bring about a substantive change in relations between the two states.

“The Mouse That Roared” is a satire about a miniature duchy poking a giant in the eye. Israel is turning this satire into grim reality.