Lukman Faily, Iraq’s Ambassador to Washington, says his country is ready to help, if asked, to mend US-Iran ties. 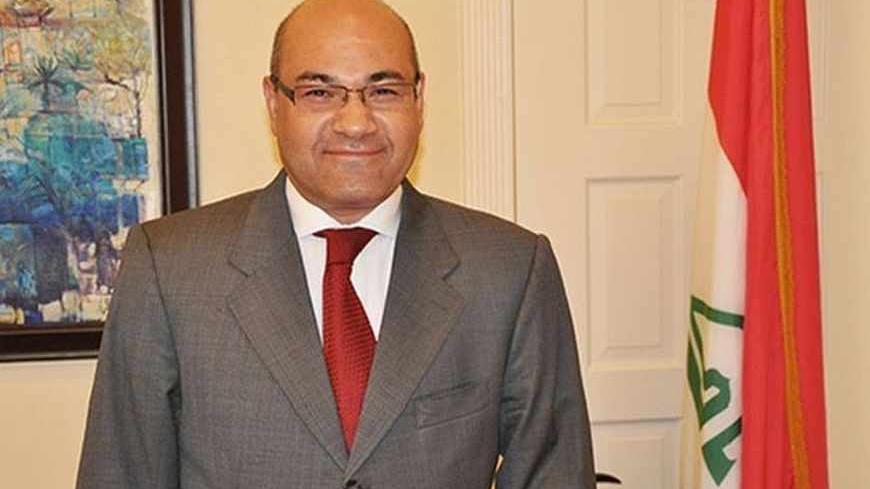 Iraq’s new ambassador to the United States, Lukman Faily, at the Embassy in July 2013. - Iraqi Embassy

Lukman Faily, Iraq’s newly appointed ambassador to the United States, says that, if asked, Iraq is willing to play a helpful role in US-Iran relations. Otherwise, Baghdad is keen to make clear that it is not party to the problems between Washington and Tehran.

“As to the US-Iranian relationship, that is a matter for the Iranians to resolve with the US. We shouldn’t be a party to that,” Faily said in an exclusive interview at the Iraqi Embassy in Washington.

“If you guys or the Iranians want us to be involved, we will be more than happy to participate in trying to bring our guests together and trying to facilitate,” he added.

The New York Times reported on July 25 that Iraqi Prime Minister Nouri al-Maliki recently told US officials that Iran would be interested in direct talks with the US on Iran’s nuclear program and that Iraq would be willing to play a role. Iraq helped facilitate a series of direct talks between US and Iranian officials in Baghdad in 2007.

Faily, who previously served as Iraq’s ambassador to Japan, said that a July 23 agreement with Iran to import natural gas would not violate US sanctions policy.

“For example, our refineries, if we are short of diesel or petrol or gas to resolve our shortage of electricity and we need to purchase that from Iran we will do that, with due consideration to international sanctions and others, but we will do that legally and transparently,” he said.

In Syria, Faily said that a “political solution is the only way out” and called on all sides to stop providing arms to fighters there.

“We don’t see a benefit of Syria being an area of a war of attrition and proxy war,” he explained.

“We have instructed, advised, cautioned all our political parties not to advocate sending fighters to Syria and they are all adhering to that,” he added.

Syria needs a road map that doesn’t include preconditions or perquisites for negotiation, according to Faily.

“The balance of power in Syria will not take place in the timeline the Americans or others are trying to do,” he said. “Learn from Iraq.”

Faily stressed the need for even deeper security cooperation with the United States to address terrorism in Iraq. More than 3,000 Iraqi civilians have so far been killed from armed violence in 2013, according to the United Nations.

“The Syrian situation has not helped us,” Faily explained. “We are saying that the Americans should help us resolve this in trying to address this terrorist threat to our country.”

The US-Iraq Strategic Framework Agreement, signed in 2008, provides for cooperation across many sectors, including security. Faily considers US-Iraqi economic and security interests to be linked, and stresses that both countries can benefit from more expansive trade.

One of Faily’s top priorities is seeing through the final steps in a pending $10 billion purchase of US military equipment. Iraq also recently purchased 30 Boeing civilian planes.

“People keep asking us, ‘Why don’t we control our own airspace?’ We’re saying, ‘Do we have an integrated air defense system?’ We don’t, so we’re acquiring it from the Americans. We’ve got over $10 billion waiting approval of Congress. Your businesses are losing out [in Iraq], and our security is being threatened by that. It doesn’t benefit any of us to be in a stalemate situation. For us, the formula is clear. You are our partners, and we are choosing you as our partners. We’re coming to you to support us with Apache helicopters and others to give us an edge over the terrorists in resolving these issues and securing our borders."

Faily, who has an MBA in technology management, said that “all the Iraqi stakeholders” are committed to the Strategic Framework Agreement and partnership with the United States. He explained that Iraq is charting a new course as a democratic country in a troubled region.

“We are moving away from a command-and-control and dictators’ economy to one of free market and a democratic process,” Faily said. “Democratization has taken place, so people are learning what their roles and responsibilities are in this democracy. It’s a hard lesson to learn. … The region is not known for its democracy, so we are the new guy on the block, and we’re learning the hard way.”