The Gezi Park protests may in the end serve to strengthen Turkish democracy. 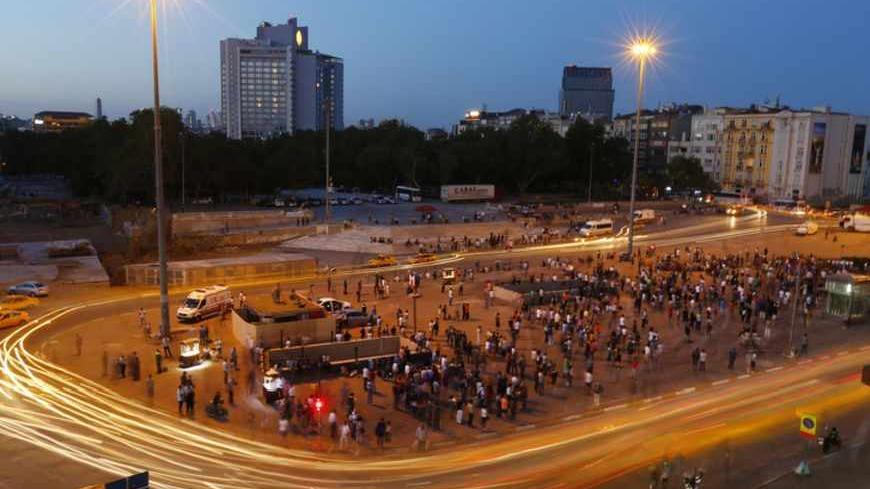 The protests across the country are not ending, but changing form.

People are gathering at parks at nights in Istanbul, Ankara, Izmir and possibly in other cities, and discussingturning their protest against Turkish Prime Minister Recep Tayyip Erdogan’s authoritarian instincts in governing the country into something politically constructive.

There are so far no answers on how, or what to do next, but these gatherings resemble the origins of democracy in the ancient Greece as explained by Aristotle in his book “Politics”: “It’s necessary for the citizens to be of such a number that they knew each other’s personal qualities and thus can elect their officials and judge their fellows in a court of law sensibly,” he wrote.

When these people poured into the streets across the country in reaction to the police’s excessive use of force against a small group of protesters trying to save a dozen trees in downtown Istanbul, they had no inkling about each other. Although Erdogan claims 76% of them to belong to the main opposition Republican People’s Party (CHP), these people were not politically oriented or unified — except that they were united against Erdogan’s policies.

Although the ruling party had embraced a “zero problems” approach, Erdogan and his close circles immediately concluded that these protests were a foreign plot, as if they knew that the prime minister made many enemies both inside and outside the country.

For example, Egemen Bagis, Turkey’s minister for European Union (EU) Affairs and chief negotiator in accession talks with the EU, is convinced that the rest of the world is jealous of the prime minister’s success, and that is why these protests took place. “Turkey has the most reformist and strongest government in Europe and the most charismatic and strongest leader in the world. Should anyone have a problem with this, then I am truly sorry,” he declared yesterday (June 20) in a written statement. “Only for those who feel overwhelmed, the leadership of Prime Minister Erdogan is a problem.”

Not everyone in the Justice and Development Party (AKP) is aligned with linking the protests to a foreign conspiracy, though.

Mehmet Ali Sahin, deputy AKP chairman, said today (June 21) at Karabuk while speaking to local association of journalists, “I don’t believe that these events are a part of a big foreign plot (against Turkey), but it might have activated some thoughts.”

The protesters without a doubt created an incredible synergy by discovering and celebrating one other’s existence, and there may certainly be other actors who may try to benefit from this scene to their benefit. It’s not only the foreign actors that cast doubt on this democratic practice. When these protesters gathered at a park in Yenikoy, Istanbul, a group possibly considering itself as loyal  to Erdogan  stormed in with cleavers and knives and created a panic. Up to now, no one from the AKP has condemned the act. Thankfully, no one was hurt.

The point is, though, unless these protesters find a political venue to express themselves, their bravery in coming to the streets won’t mean a thing. Erdogan has held his third “Respect the National Will” rally in Kayseri, and will follow at Erzurum and Samsun on the weekend. The AKP is well organized and aware that the people have taken the task in hand to challenge the longevity of this government after almost 11 years in power.

In that respect, when they gather at the parks, they try to think about what happens next. Many question whether the government is going to blacklist them, whether their businesses will suffer from this and  whether they will face legal challenges. Some journalists also wonder whether the government will come after them, and whether it will cost them their jobs, or worse, time behind bars. Their worry list may be long, but they’re at the same time confident that they have accomplished something.

They are demanding that the opposition parties integrate their messages into their party structures and go through some significant change to present a force that could defeat Erdogan at the ballot box.

Some academics also hastily talk about a project where they can make sure that the votes are counted right. Some think that the digital system — bought from the US — may favor the AKP and that the computer program plays with the vote count. They would like to go back to the old system, and make sure that these protesters on the street turn their energy on election day to act as observers, making sure that the votes are fairly and correctly counted. They also talk about inviting foreign observers — perhaps from the EU.

In short, Turkey is talking about advancing its democracy. The final tally will show whether it will accomplish it or not in the next general election, due in 2015.