The Taif Agreement is still the key to Lebanon’s political compact, although it should be reviewed and amended. 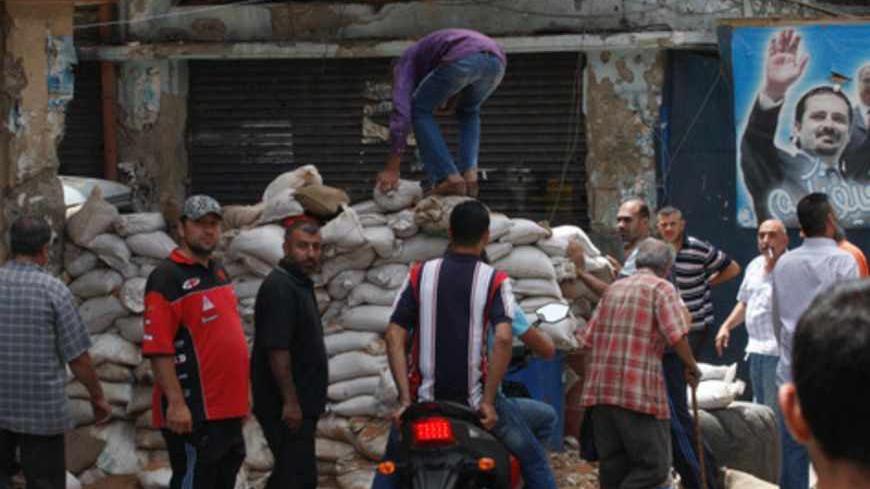 “Lebanon is a sovereign, free and independent country and a final homeland for all its citizens.” Composed back in 1989, the first article of the Taif agreement, given the current political and security scene in Lebanon, reveals more fallacies rather than facts. The agreement that concluded the Lebanese Civil War has been kept unimplemented since its inception. With the regional political transitions, the rise of Islamic-led regimes and the anniversary of the Lebanese civil war on April 13 — with its sectarian bloodshed still resonating in the heads of the Lebanese with every sectarian clash in Lebanon’s north — a review of the Taif agreement, its practicality and applicability is required.

To review or not review?

The Taif accord ended the civil war, but in reality the war moved away from the battlefields to a cold political war marked by Syrian hegemony, extreme polarization with occasional assassinations, security turbulence and power ousting, cultural terrorism and the feeling of perceived political marginalization rotating between the different groups, sects and political parties. On the other hand, revisionist attempts to change the de facto established post-war political balances in the country were legally obstructed by the new regime prescribed by the Taif.

In 2013, after almost 24 years, revisionist attempts to discard the Taif, partly due to extreme polarizations, continue to risk pushing the country toward a renewed civil war. However, when push comes to shove, many civil society volunteers, NGOs, initiatives and public figures rally for peace and communal bridging. Such rallies are often attributed to the youth, who demand a secular regime and natural evolvement in post-Taif political life that is hindered by the political sectarianism and sectarian distribution of political roles and responsibilities.

Every now and then, political factions voice their intentions to redefine and implement the agreement that ended a 15-year civil war. Yet, the Lebanese political leaders seem to fail every time and at every turn to move forward with the Taif agreement to a modern secular state that will guarantee fairness and equal opportunities to its citizens in the different aspects of life. The political factions and leaders continue to misunderstand where their true, vested interest should be.

Regional changes and the Taif

The assassination of Prime Minister Rafik Hariri resolved one of the articles in the Taif agreement: the evacuation of the Syrian army from Lebanon. It ended 25 years of Syrian hegemony and parenthood over Lebanese politics, and two decades of Syrian interpretation of the Taif agreement. Yet the assassination also marked the end of an era of Saudi-Syrian cooperation, or an end of Saudi approval for Syrian guardianship over Lebanese politics. The inability of Saudi Arabia to support direct guardianship of Lebanese politics, paralleled with power transitions inside the kingdom and failure to recapitalize on the Taif agreement — which was struck in Saudi Arabia — has left the window of opportunity to revive the Taif unclaimed. The same goes for Syria, which rather than pushing to stabilize Lebanon, pushed for more instability in hopes of reasserting its former legacy and patronage over Lebanese factions.

Today, more than at any time, the Taif agreement has an ever-important potential to bring peace; not only as a case to be emulated in sectarian divisions in Iraq, Bahrain, Syria, Yemen and Egypt, but also to realize, once and for all, stability in Lebanon. The fracturing of the Syrian republic and the demographic changes in the region induced primarily by internal displacement and civil strife have pushed Lebanon to the forefront for renewed destabilization. A 25% increase in population with the daily influx of Syrian refugees, coupled with a dysfunctional economy, are the perfect precursor for social rupturing and renewed revisionist claims.

The Taif agreement stipulated Lebanon’s sovereignty in addition to Lebanon’s National Defense Law developed in 1983. The next step would be to bridge the gap between the Taif and the National Defense Law and issue the necessary governmental decrees that can put the law into action. Decentralization, a much needed developmental solution to Lebanon’s structural economic challenges, should be implemented, not through governmental devolution or micromanagement, but through expanded Private Public Partnerships (PPP).

Because every year the Lebanese commemorate the anniversary of the Lebanese Civil War with daily security clashes and abductions, reviewing the Taif agreement is a national and patriotic task that needs to be achieved if the Lebanese are to move forward to becoming the modern nation they have wanted. There should be no attempt to overthrow the agreement that ended the Lebanese civil war. We should instead understand it, challenge it, question it and apply it, before the region completely changes, and we change with it.

Hussein Itany is political communications and public relations strategist at the Middle East Prospects Forum (MEPF), a think tank based in Beirut. Hadi Fathallah is a policy adviser at MEPF and a fellow at the Cornell Institute for Public Affairs at Cornell University. This article is part of the Taiif Research Project conducted by the program on Political Transitions in the Middle East at MEPF. It does not reflect or represent the official position of MEPF or any other entity and should not be considered under any circumstances as political or policy advice.