Why Lebanon's Taif Accord Is No Road Map for Syria

Syria is not Lebanon, and the Lebanese Taif Accord shouldn't be a model for a solution to the crisis there, even if the US and Russia back such a sectarian-power-sharing plan, writes Amal Mudallali. The Lebanese arrived at that answer when both sides were convinced they couldn't win the war. In Syria, both sides are convinced they're winning. 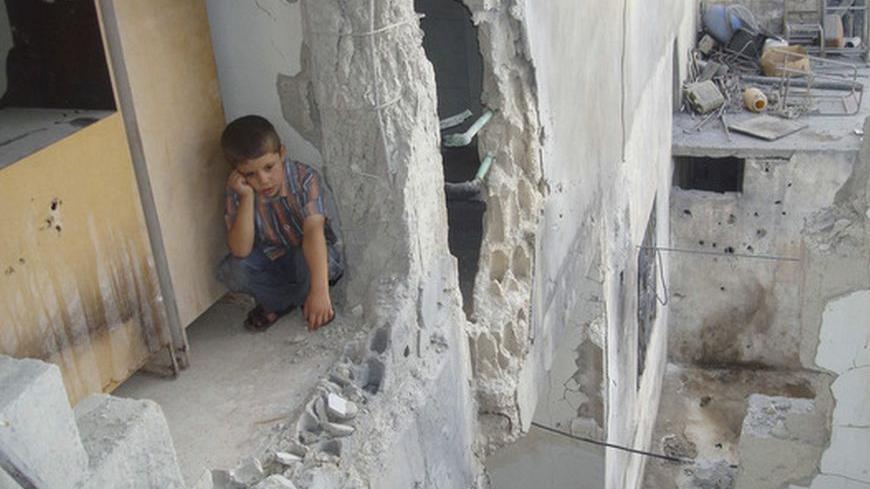 The Syrian stalemate is pushing the outside powers to find a workable compromise before it is too late to climb out of the abyss. Word from Lebanon and France is that the Russians are “seduced” by the Lebanese Taif Agreement which ended the civil war, and are interested in a Syrian Taif.

This is very bad news for Syria. The Taif Accords in Lebanon ended the military confrontation between the Lebanese through a confessional power-sharing formula among the different sects and stopped the war. But it did not offer the country a basis for a stable and workable democracy. It is a system that inherently recreates crises and keeps the country in a perpetual civil war.

My former boss, the late prime minister Rafic Hariri, used to plead with the American ambassador in Beirut in 2003 for the Americans not to copy the Lebanese sectarian system in Iraq because it was not working. But this is exactly what Washington did. The political crisis that is crippling Iraq today is the natural outcome of a sectarian system compounded with meddling in its internal affairs by regional powers encouraged by a willing political leadership. A former Iraqi official complained recently that 10 years after the end of the war, Iraq still has only four hours of electricity a day. I pointed to him that political gridlock left Lebanon in total blackout this summer, 30 years after the end of its war.

Now this same receipe is being offered to the Syrians. Russian Middle East envoy and deputy foreign minister Mikhael Bogdanov told the French newspaper Le Figaro this week that Syria faces the “risk of Somalization," saying that “if the regime brutally collapses tomorrow, we need to do everything to avoid the disintegration of the central state.” Therefore, Russia “proposed to our Western partners the organization of a Taif conference,” similar to that which brought about the end of the civil war in Lebanon in 1990.

Bogdanov, who was a junior diplomat in Lebanon when the famed agreement was reached after 16 years of a bloody civil war, also told the Lebanese As-Safir newspaper, "All the representatives of the opposition factions and the regime should meet in Moscow, Washington or New York or any other place with the representatives of the different sects — Sunnis, Alawis, Christians and others — and they should agree on how to organize the future of the country and how to guarantee and respect the interests of others through the constitution of the country.”

Although the Russian diplomat conceded that there are differences between the Lebanese and Syrian situations, he did not point to the main difference between them. Syria, unlike Lebanon in the 1970s, is witnessing a fight between the Syrian people and the Syrian regime. The crisis did not start as a civil war, and many Syrians still insist that Syria is still not in a civil war. Moreover, Syria is not Lebanon, nor it is ready for a Taif-like agreement and should not opt for a sectarian arrangement and resign itself to a future of perpetual civil wars.

When the Lebanese arrived at Taif in Saudi Arabia, the city where the meeting of the different Lebanese parties took place and which the agreement was named for, they were ready for a compromise. This is not the case in Syria today. The government and the opposition are still refusing to sit with each other. Worse yet, the government is still living in a state of denial and describes the opposition as “terrorists.” The opposition, for its part, conditions its participation in any dialogue with the government on the departure of President Bashar al-Assad.

There is no movement toward reconciliation in Syria today, no sound but that of bullets. The two sides are deadlocked in their positions with no sign of compromise.

“Syria today is too bloody for a compromise,” said Lebanese MP Marwan Hamadeh, who played a role in the Taif Accords. Neither is there support for a political compromise in the country to push the parties to the negotiating table. Each side is bent on defeating the other and armed with the support of its community. The Lebanese arrived at a solution when both sides were convinced they could not win the war. They accepted a “no victor, no vanquished” formula. The two sides in Syria are still convinced that they are both winning.

Conflicts come to an end when a constellation of internal factors are aligned with regional and international trends that are conducive to a settlement. This is not the case in Syria today. The absence of an internal imperative for a solution is aided by a very complex regional situation. A proxy war is being waged in Syria between Iran and its allies on one side and on the other, the friends of the Syrian people, from Saudi Arabia and Qatar to Turkey, France and the United States.

Iran is more concerned about the fate of the “axis of resistance” against its enemies in the region than the future of Syria and the Syrian people. There are also those who care more about breaking the Iran-Syria axis than helping the Syrians reach a political breakthrough and end their bloody war. The region is a web of gridlock and political impasse, not a conducive atmosphere for the settlement of the Syrian crisis.

The Lebanese Taif Agreement was supported and welcomed by the United States and the Soviet Union at the time. Now, Russia and the United States do not see eye to eye on the Syria situation and in the absence of a Russian-American agreement, it is hard to envision a peaceful transition in Syria.

In 1989, the United Nations Security Council was united in its support for the Taif Accords and provided Lebanon with the blessing of the international community. Today, the Security Council is blocked by Russia and China, and no action on Syria is permitted. This paralysis at the UN has not only prevented the world from coming to the aid of the Syrian people — it is closing the door on any hope for a political solution at the moment and deepening the bloody stalemate.

But even if a miracle happens and there is a political compromise, the Syrians might not want to opt for a Taif. Lebanon was already a confessional country when it institutionalized confessionalism and made it part and parcel of its constitution. The Syrians are better off staying from this medicine. Syria, unlike Lebanon, has a secular tradition, a non-sectarian history, and it should keep it this way. The Syrians also have a strong Syrian national identity, stronger than in neighboring Lebanon, where loyalty to the sect supersedes loyalty to the state, because a person’s political rights are guaranteed through his sect and not by the state.

Confessional solutions are prone to produce continuous civil wars and do not produce stable and democratic models. They “settle and do not solve political and national conflicts,” as Hamadeh said. No one knows this better than Lakhdar Ibrahimi, the new UN envoy who was one of the architects of the Lebanese Taif Accord.

The war in Syria has opened a Pandora’s box, and it is hard to put things back where they were. The different ethnic and religious sects are expressing fear of Islamic extremism. They use this fear to demand political rights and guarantees for their future participation in the Syrian state. The events in Libya — the storming of the American embassy and the killing of ambassador Christopher Stevens — will heighten the fears of the minorities. They will seek the protection of their own communities and will look to the international community to help them avoid the fate that befell others in the region before them.

The bazaar will open and Syria will find itself for the first time in its modern history on the negotiating table, not at it, and its fate will be decided by others.

The United States should not let what happened in Iraq be repeated in Syria. Nor it should encourage the Syrians to copy sectarian models to get out of is current crisis. A sectarian system in Syria will mean a fragmented and divided region across confessional lines, with too many failed states for the United States to be able to handle. This surely cannot be in the interest of Washington and it is definitely to the detriment of Russia, which is afraid of religious extremism and fragmentation in its backyard.

Amal Mudallali is a senior scholar at the Woodrow Wilson International Center for Scholars. She has advised the late Lebanese prime minister Rafik Hariri and continues in this capacity with former PM Saad Hariri. 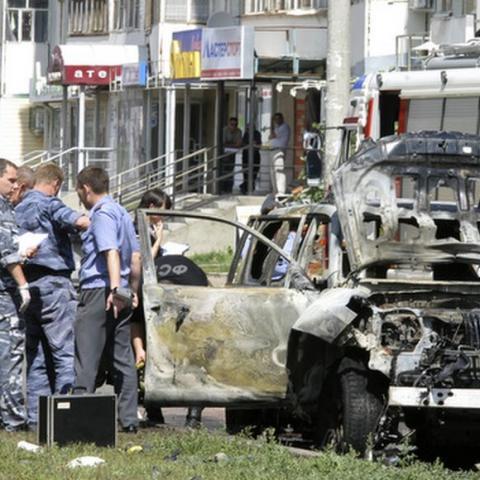 Russia's Fear of Radical Islam Drives Its Support for Assad