Lebanon’s government crisis as well as repercussions of the war in neighboring Syria are threatening to drag the country into a crisis of major proportions. 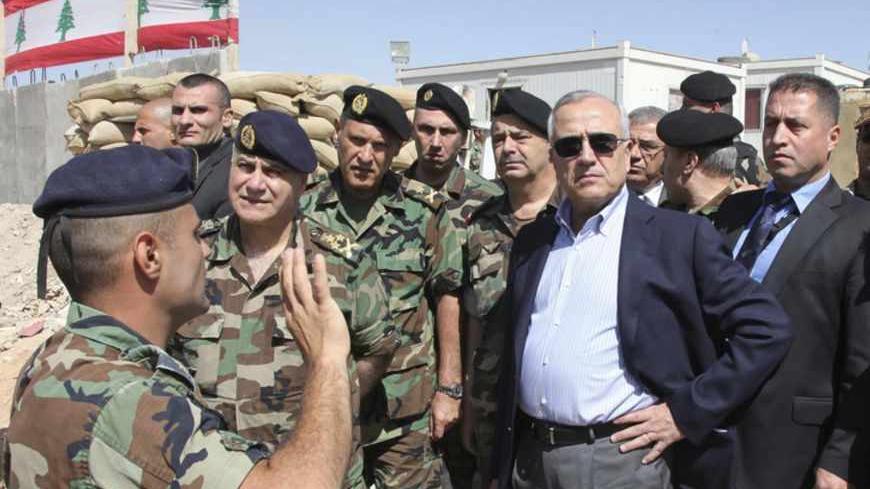 Killings have been ongoing for a while now between Lebanese Shiite clans and the Sunni inhabitants of the town of Arsal. These events forebode an increase in sectarian violence between Sunnis and Shiites in broader Lebanon. Moreover, it has become obvious that the higher frequency of these events has coincided on the one hand with Hezbollah’s deepening involvement in the Syrian war and on the other with the consolidation of the relationship between Lebanese Salafist forces and their Syrian counterparts.

The current manifestations of these tensions are concentrated along the Lebanese-Syrian border, which is inhabited by Shiite as well as Sunni groups. While Arsal and its vast barren mountains are considered a stronghold of Lebanese Sunnis allied with Syrian opposition groups, the cities of Hermel and Baalbek are known to be strongholds of Hezbollah, now taking part in the Syrian war alongside the regime forces of President Bashar al-Assad.

On June 16, gunmen killed four Shiite Lebanese citizens who were repairing their car in a remote area near Arsal. Two days before this incident, gunmen had tried to kidnap a Lebanese citizen from Baalbek in the same area, but a Shiite armed group saved him and detained the perpetrators. The latter turned out to be Syrian nationals affiliated with the Free Syrian Army along with a Lebanese from Arsal. The inhabitants of Arsal claim that Shiites are also launching attacks against them.

There is a real fear today that Lebanon is on the fast track toward fierce sectarian fighting, similar to that prevailing across the region, in particular in Iraq and Syria. Arab media are playing a major role in feeding sectarian tensions across ​​the Arab world and now seem to be pushing Lebanon in the direction of violence through their irresponsible behavior. During the preceding two weeks, tens of thousands of Lebanese received videos on their mobile phones showing a Kuwaiti Salafist sheikh threatening the Shiites of Lebanon with a war of extermination. The sheikh also alleged that Salafists in Syria had slaughtered a Shiite cleric and his young child.

This incident is but one example of dozens of such emails, which flow in from Arab satellite channels and are then heavily exchanged in Lebanon. The current failure of the Lebanese state makes the country more vulnerable to a brutal Sunni-Shiite war. For more than two months now, Lebanon has been ruled by a caretaker government, while the prime minister-designate in charge of forming a new government finds it impossible to accomplish his mission in light of political divisions.

Furthermore the Lebanese Army suffers from a vacuum at the level of its military council. A number of its members have retired, and it is impossible to appoint alternates due to the absence of a government enjoying the legal power to do so.

On the other hand, on May 31 the Lebanese parliament extended its term for 17 months because of its failure to hold new legislative elections in the midst of the troubled security situation. The Maronite patriarch, Cardinal Bechara al-Rai, warned in his Sunday sermon on June 16 that the continuation of political divisions could have dire consequences and possibly turn Lebanon into a sinking ship.

The most dangerous thing about the current crisis is that it is moving toward a sectarian clash and a societal explosion due to the increasing cost of accommodating displaced Syrians. While estimates vary regarding the number of Syrians in Lebanon, some parties indicate that they exceed 750,000. Others speculate that by the end of this year their number will reach 1 million. In this respect, Lebanon complains that the international community is not fulfilling its commitments to help it overcome the extremely high economic and social consequences incurred as a result of these displaced Syrians.