As with a previous wave of refugees that fled from Syria to Yemen during former Syrian President Hafez al-Assad's reign in the 1980s, Syrian refugees arriving there today find political, economic and security instability. 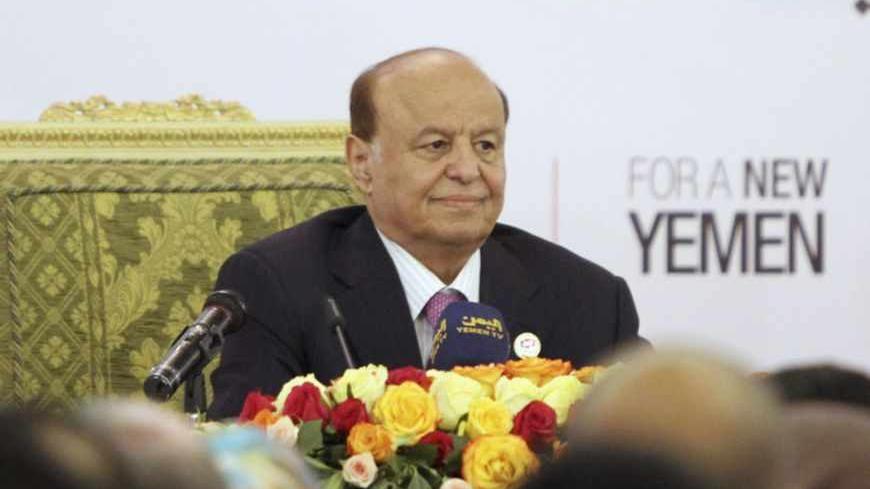 SANAA, Yemen — A new scene has been filling the streets of Sanaa for the past few months, one that is unexpected and oft misunderstood by the local population: Dozens of Syrian refugees are scattered around many of the city’s streets.

The majority of their beautiful women and girls are begging for money and food. Sanaa, a city teeming with impoverished individuals, refugees and Africans, has recently taken in Syrian refugees amid a situation that does not seem very promising. They seem to be jumping out of the frying pan into the fire, as the old saying goes.

There are close to 2 million foreign refugees living in Yemen, according to statements made by Yemeni President Abed Rabbo Mansour Hadi. Most of them come from Somalia and Ethiopia and only 250,000 of them are officially registered as refugees. In 2012, about 107,000 refugees flowed into Yemen, while from January to May 2013, 29,000 arrived, according to the Unite Nations High Commissioner for Refugees (UNHCR) in Yemen.

The last waves of refugees to Yemen came from Syria; however, these are  in relatively small numbers compared with those from the Horn of Africa. There are only 600 Syrians registered as refugees according to the UNHCR, with 315 Syrian families having entered Yemen recently by way of Turkey or Egypt. Yemeni sources, however, say that the number of Syrian families [arriving as refugees] is actually in the thousands.

Many do not realize that Syrians started coming to Yemen as refugees three decades ago, when the regime of former President Hafez al-Assad began its cleansing campaign against Islamists at the beginning of the 1980s.

The first wave of Syrian refugees after 1982 constituted an important tributary for the Muslim Brotherhood in Yemen at the time. They were brought on for the most part as teachers in the group’s main body for scholarly institutes headed by the Brotherhood as complementary education to public education. Yet, things have certainly changed today.

The relative distinction in the level of education exhibited by those coming from Syria to Yemen before 2011 allowed them ample work opportunities compared with those available to Yemenis. After 2011, things changed and residents of Sanaa grew accustomed to seeing dozens of Syrian women refugees begging in the streets. Yemeni officials consider the plight of the Syrian refugees a “cause for concern.”

Ahmed, a Syrian living in Yemen (having come as a refugee with his father in the first wave), told Al-Monitor that there are Syrians who have formed committees for welcoming and housing Syrian refugees in Yemen. Many are not content with this, however, as it only offers them the bare minimum in housing and food. Thus, they take up begging as it provides them with a greater daily income. Because of Yemenis’ sensitivity to women, only girls beg, along with a few older mothers. Men never beg.

The UNHCR in Yemen is preparing to hold a conference in cooperation with the Yemeni government about the issue of refugees and immigrants from the Horn of Africa in September. The UNHCR has made efforts to help the Yemeni government to take in these increasing waves of refugees, as [the government] is unable to provide all their basic needs. This has made taking in refugees at health and educational institutions extremely difficult and costly.

In addition to non-Yemeni refugees, there have been waves of displaced Yemenis beginning in 2004 because of the Saada war in the north. [These waves] then intensified in Abyan in the south starting in 2011, following the outbreak of the state’s war against al-Qaeda. If the regions to which the displaced fled were safer, they lacked the necessary food, medicine and even housing at times.

The most recent problem that will affect Syrian refugees and others is found in Yemen’s readiness to take in hundreds of thousands of Yemeni emigrants from Saudi Arabia, after the latter applied a new work law, whether for political reasons or to give more jobs to Saudi nationals. The full weight of the implications of this remain to be seen on the ground; however, the first tremors have been felt with the arrival of several thousand of those expelled from Saudi Arabia. Their impact has thus far been insignificant, because  in most cases they are returning to the agricultural rural regions, and not the cities.

The two waves of Syrian immigration to Yemen may have been the result of similar circumstances in the two countries (Yemen and Syria) because of internal conflicts and instability.

The first wave that occurred at the beginning of the 1980s represented one of the oldest — if not the oldest — influxes of refugees coming to Yemen. This group came to Yemen as the country was emerging from the hell of civil war that lasted for more than three years in what was known as the war of the middle regions, between the Sanaa-based government and its Islamist allies on the one hand, and the National (leftist) Front supported by the regime of South Yemen on the other. The Syrian refugees were part of the Muslim Brotherhood, against whom Hafez al-Assad waged what was known as a war of extermination, particularly in Hama. Because of this, while they were welcomed by the Muslim Brotherhood [in Yemen], they were not received officially or publicly in any significant way.

As for the second wave (the current one), 30 years after the first one, it has arrived in Yemen at a time when the country has not yet situated itself in moving from the period of former President Ali Abdullah Saleh’s reign to the new period spawned by the peaceful youth revolution in 2011. The different sides of the conflict are still reshuffling their respective cards for the coming period.

Among these sides are two primary forces. One of them stands ardently with the Syrian revolutionaries in the Free Syrian Army (FSA) and its allies and is known as the Yemeni Rally for Islamic Reform Party. The other [force] shows the same degree of staunchness in its support for the Assad regime, represented by the Houthi movement — a religious movement as well, but one that embraces the Zaidi sect of Islam, as opposed to the Reform Party which follows Sunni Islam. Because of difficulties in counting and categorizing the Syrian refugees based on their religious affiliations and political loyalties, only ordinary Yemeni citizens have taken them in through financial assistance to whomever extends their hand, making the situation for them even more difficult.

In other words, both waves of Syrian refugees arrived in Yemen at the wrong time, as opposed to all the other influxes of refugees from other countries (Somalia, Ethiopia, Eritrea and Iraq).

The number of refugees in Yemen currently makes up around 8% of the country’s entire population of about 25 million. The refugees pose not only an economic, but also a security challenge to the Yemeni government, especially after the emergence of the Islamist Shabaab organization in Somalia and the arrival of some of its members to Yemen by sea in recent years.

Organizations working in relief and refugee affairs have demanded the government to make haste in dealing with Syrian refugees. In practical terms, Yemen does not require any Syrian citizens to obtain a visa to enter the country, however some say that the Passport and Immigration Authority in Yemen has stopped granting residency permits to those who do not know any Yemeni citizens, in what looks like a request for sponsorship.

The UNHCR’s office in Sanaa expects Yemen to receive 48,000 new refugees during 2014. It is unclear how Yemen will handle the issue, especially since it is unable to deal with the highly complicated and catastrophic local economic problems.