Knesset member Miri Regev prepares to take over one of the Likud institutions' key roles and confronts Israeli Prime Minister Benjamin Netanyahu on the two-state solution. 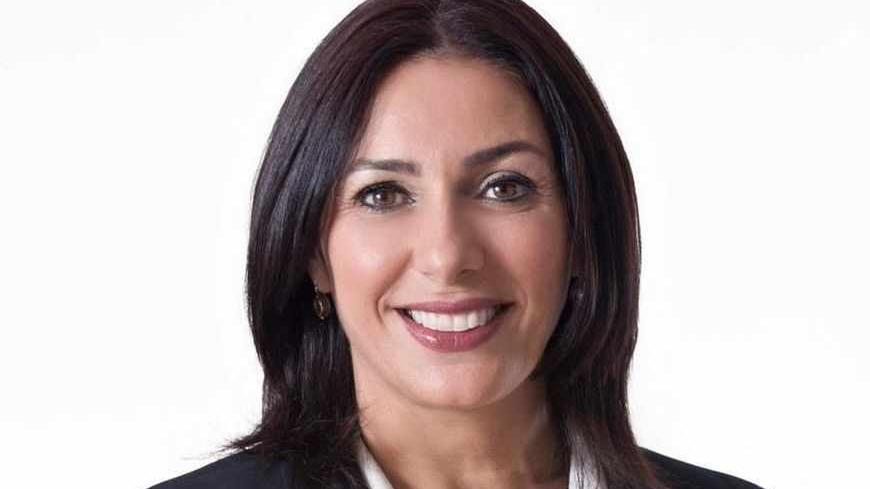 Miri Regev, in an undated photo from her Facebook page. -

Knesset member Miri Regev is deeply mired these days in her campaign for the role of chairwoman of the Likud party Secretariat, vis-à-vis Transportation Minister Yisrael Katz; elections will take place at the end of the month (June).

It is an interesting contest, not only due to the personalities of the contestants but because the campaign tells the story of a torn party at odds with itself, searching for its path after its failure in the elections, and headed by a weakened leader. Prime Minister Benjamin Netanyahu lacks a significant camp of supporters in the Likud: He is not viewed as an influential player in the inner forum, and there is tremendous anger at him for leading the Likud to an alliance and merger with former Foreign Minister Avigdor Liberman’s party (Yisrael Beiteinu).

Meanwhile, inner party tension surrounding the election of the heads of the party institutions is intensifying. Here, too, bad news awaits the prime minister. For the role of central committee chairman, held until recent elections by the popular Knesset member and former Communications Minister Moshe Kahalon, “trouble-maker” Danny Danon is expected to be elected; Danon is a close associate of the settlers. This is a key role in the party, a role that dominates its agenda, such that Danon could ''box in'' Netanyahu with as many ideological vote sessions as his heart desires.

Another associate of the “Yesha people” (Judea and Samaria settlers) is expected to become head of the party bureau: Deputy Foreign Minister Ze’ev Elkin; the bureau is considered the Likud’s ideological body. This means that the hard-core right-wing camp will rule not only the Likud faction, but also the key functions in the party. And that will make it very difficult for Netanyahu to lead a significant diplomatic process.

The party secretariat job that Regev is running for is an important, operative role that controls the movement’s budgets and the appointments of its functionaries. Yisrael Katz, one of the Likud chiefs, has held this key position in recent years. Regev’s support base consists of three senior Likud officials: Water and Energy Minister Silvan Shalom, Communications Minister Gilad Erdan and Interior Minister Gideon Sa’ar, who have very tense relationships with Katz. So, it looks like we’ll be in for a very interesting fight. In all these battlefields, Netanyahu is absent. The prime minister has no soldiers in his own party’s territory.

In an interview with Al-Monitor, former IDF spokeswoman Brig. Gen. (Res.) Miri Regev announced that she would oppose an alliance with Liberman's party, if the proposal should be brought up. She also called for construction in the settlement blocs and cast doubt on the two-state concept.

Do you really think you have a chance to defeat a central and high-level minister?

“Certainly. What we have is a battle between myself and Yisrael Katz, over the face of the next secretariat. Will it continue to be dormant and cut off from the young generation? The Likud needs a change and I want to bring renewal, freshness. I want to connect Metzudat Ze’ev (Likud headquarters) to the grass roots. During the elections, we saw that there were branches that did not function.

And if Netanyahu tries to carry out a full merger between the two parties?

“I do not think it is correct to merge with Yisrael Beiteinu. The Likud needs to retain its identity on national, social and security levels. That is also the sense among the grass roots. The activists want to preserve the character of the Likud. I look at Yesh Atid leader Minister of Finance Yair Lapid, HaBayit HaYehudi Chairman Minister of Economics and Trade Naftali Bennett and the Labor party. They all succeeded in harnessing very many youths in the elections, some of whom went to them from the Likud.”

Are you of the opinion that the Judea and Samaria settler lobby took control of the Likud and caused radicalization?

“I won’t go into that. I only want to elucidate that the Judea and Samaria people will also have to understand that their representation in the party will be determined by the number of voters in the (main) elections, not the party registration vote. We all saw the great discrepancy between party registration votes and the general election ballot votes: They register for the Likud in order to influence the party from the inside, but in the end, (in the general elections) they vote for Bennett. That is not OK. People have to be fair and truthful to the very end.”

Naftali Bennett and Danny Danon have announced that they do not support the two-state solution, contrary to the prime minister’s stance. What is your view?

“When the prime minister delivered the (June 2009) Bar Ilan speech  in which he expressed support for the two-state doctrine, that was not OK with me. My opinion has not changed. In the end, when you consider the two states for two nations option, you ask yourself, ‘Who is your partner?’ ‘What are the preconditions that we have to talk about?’ We have no partner and we don’t have to talk about preconditions.

“The two-state concept is problematic. So what if everyone says that a binational state will arise here — the left frightened us with this 40 years ago, too. Therefore I support continued construction in the (settlement) blocs. And I oppose any concessions over (any) part of Jerusalem.

“The Palestinians are at fault that nothing is happening. They don’t want that, it (the status quo) is convenient for them because the moment that something will happen here, they will disappear. They are also unwilling to compromise. They want the cities of Jerusalem and Acre and Safed. Enough of this already.

“Here, the new Palestinian Authority Prime Minister (Rami Hamdallah)  visited the Temple Mount (June 16) and said that the whole eastern Holy Basin is theirs. It is an absolute disgrace in my eyes. I, chairwoman of the Internal Affairs Committee, cannot pay a visit to the Temple Mount because I can’t receive authorization from the police. Can such a situation be possible — a Jew and Knesset member in the state of Israel is not permitted to ascend to the Temple Mount? Who manages the Temple Mount — the Waqf? Jordan?”

Since April, Regev has been trying to gain entrance to the Temple Mount but has been stopped by the police.

Why ruffle everyone’s feathers about the Temple Mount?

“The real provocateur is the person who says such a thing. The ascent to the Temple Mount makes a statement about the sovereignty of the Jews in the state of Israel. The left tries to say that the one who goes up to the Temple Mount is an extremist. I operate to enable Jews to pray on the Temple Mount, just as I operate to allow the (Jewish reform and conservative) Women of the Wall to pray at the Western Wall, just as I fight for Greek Orthodox priest Father Gabriel (Nadaf). At the moment, Knesset  member Zoabi (Haneen Zoabi of the Arab Israeli Balad party) and other Knesset members refused him entrance to Nazareth’s Basilica of the Annunciation, because he called on (Israeli) Christian citizens to enlist in the army.”

Are you really in favor of same-sex marriages?

“Yes. I also attended the Gay Pride Parade. These questions stem from the fact that people think in stereotypes. For example, if you are in the Likud, it can’t be that you are in favor of the gay community. In the political world they don’t know how to swallow me, because I am a colorful person and different. I am unpredictable. Who decided that social activists have to be leftists? Sorry, but people on the right also embrace the gay community.”