Can June 30 End Well for Egypt?

Expected mass protests on June 30 could lead to a variety of scenarios for Egypt. 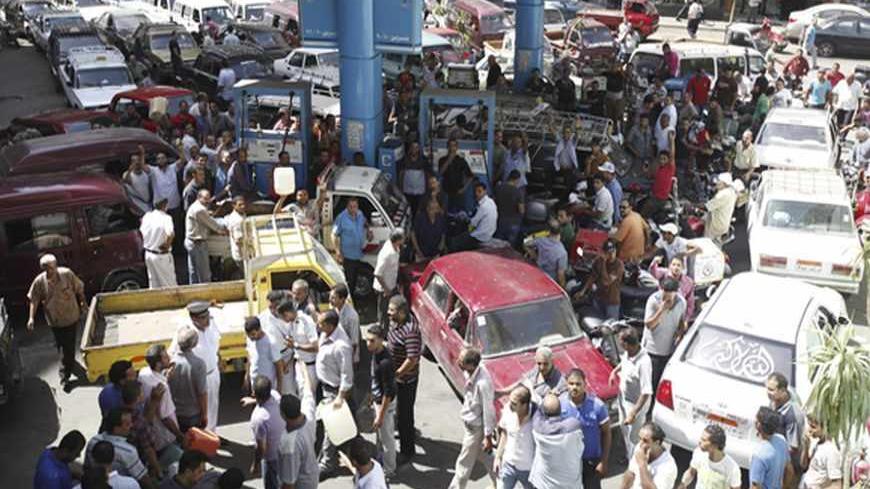 While there is always the possibility that June 30 and beyond might end up being an underwhelming event compared to expectations, it does not — so far — seem like that is what we’re set to witness. Trying to absorb some of the mounting public discontent, Morsi’s epic two-and-a-half hour speech on June 26 contained — amid some controversial and eccentric content and decisions — a reconciliation initiative that ended being largely seen as too little too late by the opposition and supporters, who appear steadfast on proceeding with their protests. Many on social media and elsewhere have criticized the speech as provocative, arguing that every apparent positive overture within it was neutralized by something threatening or inappropriately confrontational, and that democracy-touting phrases were followed by others that seemed at least somewhat authoritarian.

Taking a step back from the speech, the rhetoric of both Islamists and the opposition and supporters continues to be successively more fiery than ever. More and more supporters on both sides are claiming the day as the beginning of the other’s rather complete downfall, and the expectation of substantial violence is already widely accepted. Islamists held a sizeable demonstration on June 21 in support of Morsi in which an overtly threatening rhetoric was significantly employed by some, while the opposition has yet to organize marches of their own and instead has been holding pressers and conferences reiterating their calls for Morsi to leave power and discussing visions of what happens after he  supposedly does. Meanwhile, several governorates are already reporting intermittent clashes between Morsi supporters and opposers, while some opposing citizens reportedly continue to try to block some of the new Muslim Brotherhood governors from entering their offices. The “Tamarrod” (rebel) anti-Morsi campaign claims it has already surpassed its target of 15 million signatures demanding early presidential elections, while the “Tagarrod” (detachment) pro-Morsi campaign claims it has thus far collected 13 million signatures as well.

Many people are stockpiling food and fuel in case something big happens, and it drags on for long. Fuel lines at gas stations have been longer than ever, following reported shortages and rumors that petrol reserves were running out, and many are encountering difficulty finding cash at ATMs. Anecdotally, there seems to be more and more “temporary” traveling abroad by the more affluent to avoid being in Egypt during whatever ends up taking place, while increased security measures are being taken by others amid public debate of whether or not each building should form citizen security committees — similar to what was done during the 2011 revolution when the police had simply ceased to exist in the streets. The army and the police are both stepping up security around public establishments, as well as near likely “targets” of attack such as the media production city.

The police’s own role during the coming protests is also a matter of some debate, seemingly unwilling this time to accept any of the blame assigned to it during the 2011 uprising for “protecting the regime,” with some members also allegedly harboring some hostility toward the Brotherhood itself. Recent reports also claim that police uniforms and vehicles were stolen and/or counterfeited ahead of the protests, in addition to concerns about police vehicles allegedly have been missing since 2011, and that police forces protecting the protesters could be wearing special tags so as to avoid as much as possible being confused with expected impostors who might try to somehow incriminate the police during the events. Similar concerns exist regarding the military, given the reports of attempted smuggling of military uniform fabric to Gaza and into Libya.

Army Chief El-Sisi also held a controversial speech on June 23 — though officially welcomed by both sides — that many have been trying too much to decipher. On the surface of it — in my reading — the speech simply says the army will not let Egypt collapse or fall into a civil confrontation of some sort, that all options appear to be open for the military in such a case, and calls upon political forces to reach some understanding before it all begins. In other words, the military should not be counted out at least as an active arbitrator.

It’s all incredibly tense and belligerent, on every front.

I’ve recently both described more of my personal sentiments regarding June 30 and the buildup to it, including my belief that the protesters have credible causes for taking to the streets, as well as some of the main potential scenarios that could take place. This time I want to take the latter a step further and ask: What happens then? What happens after June 30?

First, assuming a scenario where nothing much happens and the anti-Brotherhood demonstrations are weaker than expected, or if Islamists manage to overpower, it would theoretically be wiser for Morsi to largely “move on” and focus on holding elections as quickly as possible. Alternatively though, given how confrontational the opposition has been and how fiery Morsi’s base has increasingly been lately — as well as the disconcerting tone in parts of Morsi’s speech on June 26 — there might be strong internal pressure or even direct allure to the idea of tightening the grip on the opposition and perhaps even the media to some extent. If that happens, it would likely either heat up the public more against the Brotherhood and Morsi leading to further upheaval, or — in the absence of such heating up — edge Egypt closer to authoritarianism.

With a second possibility, assuming the opposition somehow “wins” and Morsi steps down without some military intervention, there’s also the question of “What next”? If the opposition follows the current constitution, then the Brotherhood head of the Shura Council would become an interim president for two months, until presidential elections are held, leaving again a Brotherhood president in power to oversee the transition, something the opposition and much of the public in that case likely will not accept. If they choose to try and suspend or annul the existing constitution in revolutionary fervor, that is likely to enlist confrontation with the remainder of Islamists who have largely stayed on the sidelines in the middle of this entire conflict — primarily the Salafi call, Al-Dawah Al-Salafiyya, and its Al-Nour Party — as well as reignite confrontations with Islamists at large, who are very attached of the new constitution. An alternative touted by the opposition and the Tamarrod campaign — to have the head of the constitutional court as interim figurehead president while a new government takes real power — would also likely raise further confrontations with Islamists over several fronts: one is the fact that the constitutional court is strongly seen as an enemy and the other is regarding the composition of such a government and the potential role for Islamists in it. Then, assuming somehow the larger base of Islamists does accept all of this, and they engage with the new process, enough radical Islamist elements could likely be willing to undertake unitary or cellular acts of violence over an extended period of time in general retaliation.

Then, in a third alternative scenario, if the military finds itself forced to intervene after extended civil upheaval and violence — I still believe it really does not want to return at the helm of the country — it will likely find itself locked between three options. The first is to simply restore national calm while Morsi is still in power, and attempt to engineer some national agreement. The second is fully take over power, but also try and orchestrate a quick national reconciliation of some sort, presidential and parliamentary elections to give power back within months and avoid the even worse fate of the former unpopular Military Council. The other possibility, especially if the country is more inflamed, is to fully take over power over an extended period of time, at least for one year. In either case, it would also find itself forced to appear as maintaining an equal distance from all political forces, something many in the opposition don’t seem to publicly take into account. I’ve recently enumerated on some of the concerns surrounding the military scenario, including fears of likely having to use an iron fist to keep an inflamed country under control during whatever interim period, concerns over potential internal factional schisms inside the military over politics, possible violence from radicals in retaliation and more.

And of course, in all such scenarios, the economy is likely to just tank quite a bit and for quite some time. Also, any new president or government isn’t likely to spend a considerable time in office either.

There is, however, one other alternative scenario, in which something viable could come out of all of this, given the currently existential and ultra-confrontational mind-set on both sides. In this scenario, the protests do end up preferably peaceful, an extended but lively stalemate ensues in which neither side wins or gives up. This would force an eventual and inevitable national concord agreement that somehow brings back a more mutually acceptable political process and environment, sufficient agreement on divisive issues and a consensual short- and medium-term road map, setting aside detail for the moment.

While the opposition surely deserves a substantial slice of the blame for where Egypt is, the lion’s share of such blame still essentially lies with the president and the Brotherhood, especially beginning with November's constitutional declaration and the ramming through of the divisive constitution. And while the opposition needs to re-evaluate its entire strategy and rhetoric to be sure, it’s belatedly time Morsi and the Brotherhood took a deeper look into whether or not public and opposition demands and strong grievances against them might even hold have some grain of righteousness. One indisputable fact remains: Egypt deserves better than where it is now, and direly needs better.

Bassem Sabry is a writer and Egyptian blogger who covers the region on An Arab Citizen. On Twitter: @Bassem_Sabry. Email: bassemwrites@gmail.com.