Israeli Prime Minister Benjamin Netanyahu called on Palestinian President Abu Mazen to meet him in a tent between Jerusalem and Ramallah: Will Abu Mazen rise to the challenge? 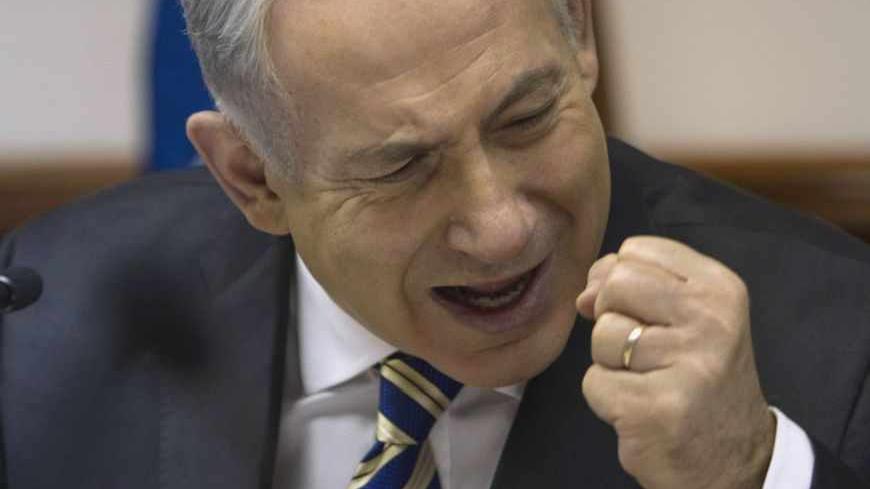 I rubbed my eyes in amazement when I read in The Washington Post on June 20 that Prime Minister Benjamin Netanyahu was willing to meet Palestinian President Mahmoud Abbas (Abu Mazen) in a tent somewhere between Jerusalem and Ramallah, at any time. I checked several times to make sure I hadn’t surfed by mistake to an old edition of this important newspaper.

Netanyahu’s remarks made front-page headlines in Israel. I had trouble believing that almost 20 years after an Israeli prime minister (Yitzhak Rabin) and the leader of the Palestinians (Yasser Arafat) shook hands on the White House lawn, the very willingness of an Israeli prime minister to meet with a Palestinian leader was still headline material.

The tent, of all places, took me back to the [1974] signing of the disengagement agreement between Israel and Egypt in a tent at the 101 kilometer point [between Cairo and Suez], or, a somewhat different case, the discussions between government advisor Manuel Trachtenberg and the heads of the summer 2011 social protest [in a tent in Tel Aviv].

Almost 15 years have passed since Netanyahu himself sat side-by-side with Yasser Arafat at the Wye Plantation near Washington. The agreement they both signed there said, among other things, that both sides “would immediately resume permanent status negotiations on an accelerated basis and will make a determined effort to achieve the mutual goal of reaching an agreement by May 4, 1999.” Yes, negotiations were supposed to end in May 1999, not to start, maybe, in June 2013.

Netanyahu has learned that calling on the Palestinians/Arabs “to meet any time to talk peace” is a winning media hand.

By the way, four years ago, in his Bar-Ilan speech, he was willing to go as far as Saudi Arabia to talk peace; today, he is willing to devote 15 minutes to the trip.

What exactly has changed in the past four years? Netanyahu knows there’s almost no chance Abu Mazen will enter a tent with him as long as US Secretary of State John Kerry cannot guarantee he’ll make it safely back home. In other words, Abu Mazen needs [Prime Minister Benjamin Netanyahu] Bibi’s signature on a document that contains a sentence like, “negotiations between Israel and the Palestinians on a permanent status agreement will be based on the June 4,1967 borderlines.”

Middle East scholar Asher Susser defines this demand as “asking the Palestinians to publicly renounce their national narrative.” Speaking at a seminar held in Tel Aviv last Thursday on June 20 on the fate of the Oslo Accord (under the auspices of the Steinmetz Center, the Dayan Center and the Netanya Academic College), the Tel Aviv University professor said this demand, like the Palestinian demand for the Right of Return, is a surefire recipe for thwarting the two-state solution and turning Israel into a bi-national state.

The United States, too, understands Abu Mazen’s difficulties in dissociating himself from the town of his birth (Safed) and accepting, in fact, that Israel is not the home of 1.5 million of its Palestinian citizens. The US (and European) position regarding the borders is also closer to that of the Palestinian-Arab stand; Kerry just announced his backing for the Arab League’s peace initiative, which proposes the establishment of a Palestinian state within the June 4 boundaries (along with mutually agreed land swaps).

Strange as it may sound, Abu Mazen has to enter the tent. Despite his troubles at home, and even if it’s the last step he takes in his limping political career, he has to pick up the gauntlet that Bibi threw at his feet.

Abu Mazen is the only man capable of forcing the Netanyahu government to choose one of two options: launching serious negotiations based on the Arab Peace Initiative, or admitting that Israel is not a partner for peace and risking the outbreak of a third Intifada (see the warning by the head of the Central Command, Maj. Gen. Nitzan Alon on June 19), international isolation and economic sanctions, as well as petitions to the International Criminal Court.

By entering the tent, Abu Mazen will also enable us to see the real faces of Justice Minister Tzipi Livni and Finance Minister Yair Lapid, who promised not to take part in any government that forces Israel to choose between a binational state and apartheid. According to research presented at the seminar by economist Avichai Snir, Israel is already paying the price of diplomatic and defense instability in declining economic growth and exports. The Netanya college lecturer foresees a deterioration of Israel’s economic situation, along with the serious economic and social crisis afflicting the Palestinian market.

Unfortunately, it does not appear salvation will come from Ramallah. There are growing signs that age (78) and despair are taking a toll on Abu Mazen. A European diplomat who joined his foreign minister on a visit to the Mukata’a several months ago told me that Abu Mazen couldn’t remember the name of former Israeli Prime Minister Ehud Olmert, with whom he had met dozens of times.

I thought this kind of mishap could happen to anyone until I heard Yair Hirschfeld, who heads The Economic Cooperation Foundation (ECF), speaking at the seminar. He recounted that a Fatah official complained to him recently that Abu Mazen had fallen asleep in the middle of a meeting with him and, according to the man, “it’s more important for him to play with his grandchildren than to sit with us.”

Perhaps former Prime Minister Ehud Barak’s controversial remark on the day following the failure of the Camp David Summit on July 2, 2000, that “there’s no Palestinian partner” has turned into a self-fulfilling prophecy.

Twenty years after the signing of the Oslo Accord, a better formula than the two-state solution has yet to be found. Nonetheless, when both sides’ opening positions are as far from each other as parallel lines, the time has come for the strongest power in the world to find a more realistic alternative to Bibi’s circus tent.