Israel’s restrictions on movement are doing as much to hinder Gaza’s cultural and intellectual development as any Hamas Islamization policy. 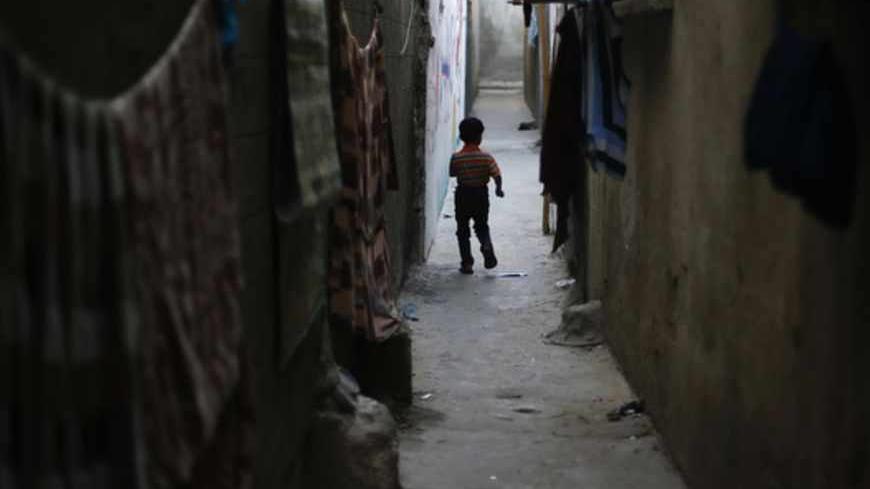 A Palestinian boy walks between the narrow alleys of Jabalya refugee camp in the northern Gaza Strip, May 14, 2013. - REUTERS/Suhaib Salem 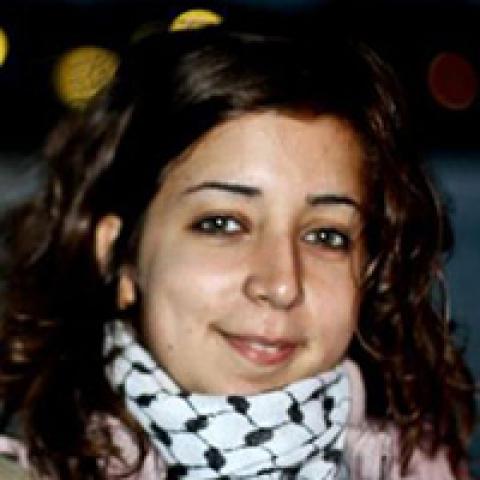 In recent years, a lot of blame has been put on Hamas for the worsening educational and cultural conditions in the Gaza Strip. This notion fed well into Western media and was instantly, and predictably, adopted by politicians and diplomats in Israel and the West as fodder for their campaign against terrorism and Islamism.

However, Israel's own intrusions on cultural and intellectual freedoms are almost completely omitted from any discussion concerning culture and education in Gaza. This, of course, plays into the hands of Israel, which falsely depicts itself as the sole beacon of democracy in the Middle East.

What Israeli leaders seem to conveniently forget and hide from the world is that Israel's violations of Palestinian rights to education and freedom of movement inhibit cultural life not only in Gaza, but in the West Bank as well, indeed, in all of Palestine.

In fact, Israel had an embarrassing track record of assassinating Palestinian intellectuals and arresting students long before Hamas assumed power in 2006. For example, it was a Mossad recruit who assassinated the Palestinian cartoonist Naji al-Ali in London in 1987. And even after the signing of the Oslo Accords, Gaza students continued to be expelled from their universities in the West Bank, with the help of the Palestinian Authority.

Today, Israel continues these practices without the slightest regard for the Universal Declaration of Human Rights and international law, largely due to the impunity it enjoys as a state above the law.

Gaza, which is entering its seventh year under Israeli siege, continues to be the target of deliberate Israeli efforts at de-development of all aspects of life, including culture and education. Students in Gaza are constantly denied permits to study at West Bank universities even when they have been admitted to programs that are not taught at any of Gaza's colleges, such as public administration and political science. Professors are not allowed free movement to conduct research and exchange knowledge with fellow academics in the West Bank. All this, combined with Egypt's policy of restricting travel for men under 40, limits the ability of Palestinian academics, who are predominantly male, to attend conferences abroad or build alliances with other institutions.

Israel, however, did not seem to be satisfied with limiting the prospects of Gaza's high school graduates and professors when it decided to bomb the newly built science building of the Islamic University of Gaza during Operation Cast Lead in December 2008. The bombardment destroyed the building and its facilities, leaving hundreds of books lying in ashes in the nearby university library. Scientific innovation is obviously not something Israel would like to see flourishing in Gaza.

Israel's infringements on freedom of movement do not affect education only. They also have a detrimental impact on culture, as Palestinians in Gaza continue to be denied entry to the West Bank and the 1948 territories to visit archeological sites and access the geography, history and culture of their homeland. Palestinians in the West Bank and the other territories are also not allowed to cross into Gaza.

Just a few weeks ago in May, the sixth annual Palestine Festival of Literature took place, with events held in Gaza, Ramallah, Nablus, Hebron, Haifa and Jerusalem. The festival, according to its website, aims to bring acclaimed Arab and international authors and intellectuals to Palestine to break the cultural siege by the Israeli military occupation.

Due to Israel's ban on movement between Gaza and the West Bank, Jerusalem and the 1948 territories, the authors were forced to divide themselves into two groups, one of which went to Gaza and the other to the West Bank. Workshops and public performances were held in each place, but those who went to Gaza could not participate in the workshops in Nablus or Haifa, and those in Nablus and Haifa could not partake in events in Gaza.

Israel's conduct is in violation of the Egyptian-mediated cease-fire agreement signed in November 2012 between Hamas and the Israeli government, which stated that Israel would facilitate the crossing of people and goods through the Erez checkpoint.

That Palestinians are banned from attending cultural events held in what is supposed to be the future "Palestinian state" contributes directly to the deteriorating cultural and social conditions not only in Gaza, but in the West Bank as well. Israel also has a policy of restricting access to books by Gaza's reading community. Many mail services in the United States are hesitant to ship books to Gaza. Nancy Kricorian, American author of Zabelle, recounted her experience with Aramex, a mail service in New York, when she tried to ship a number of her novels to Gaza.

"[She] made it sound complicated," Kricorian said in an e-mail to Al-Monitor, referring to the Aramex employee who answered her call. "She said that almost all the packages [they] send to Gaza/Palestine either have stuff confiscated from them or are heavily taxed," Kricorian explained.

Although there is no clear pattern to such incidents, the possible routes of a shipment to Gaza are of particular interest here. There are two main portals through which shipments are passed on to Gaza: through Jordan and through Israel. Shipment to Jordan and Israel occurs regularly without problems hindering arrival. "Confiscation" occurs before the shipment reaches Gaza, which means that this takes place in Israel.

Although Hamas continues to try to impose its version of Islamic policies on Gaza, Israel remains the major party in the onslaught on cultural and intellectual life in Gaza and Palestine as a whole.

Rana Baker is a student of business administration in Gaza. She writes for the Electronic Intifada. On Twitter: @RanaGaza