Amid strict international sanctions, Iranian exports are increasingly flowing into Iraqi markets as one of its few remaining lifelines in the region and around the world. 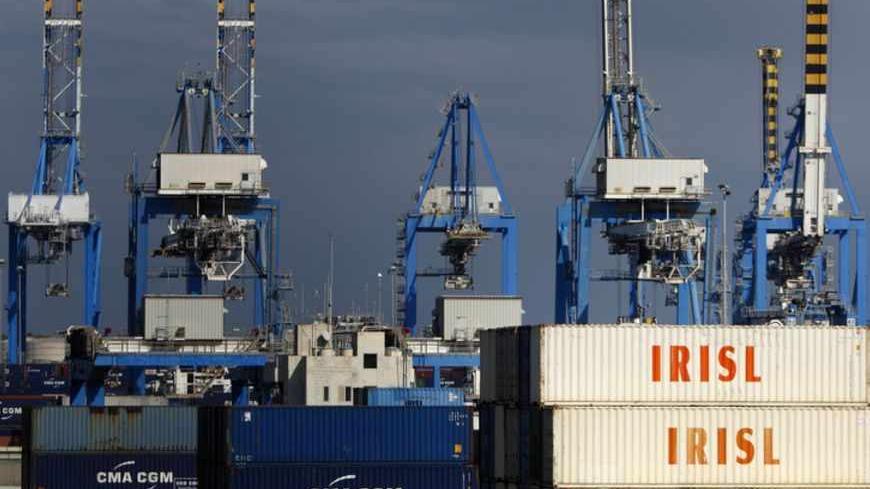 The Trade Promotion Organization of Iran (TPOI) said on Monday, June 24, 2013, that 72% of Iran’s exports go to Iraq, and revealed that Iraq's imported goods from Iran increased by nearly 15% this year.

The Iranian Fars News Agency quoted TPOI deputy Kiumars Fathallah Kermanshahi as saying that “Iraq receives 72% of the total volume of Iran's foreign trade, and is ranked first as the biggest importer of Iranian goods.”

For years, the UN and Western countries have imposed a series of sanctions against Iran, which is accused of seeking to develop nuclear weapons, under cover of an alleged civil program. Yet, Tehran denies these accusations.

In the most recent round of sanctions against Tehran, US media quoted on Wednesday, June 26, White House spokesman Jay Carney as saying that US President Barack Obama gave the green light to the imposition of sanctions on foreign institutions that purchase or sell significant amounts in Iranian rials, and those who hold amounts in rials in bank accounts outside Iran.

The Iranian rial fell to its lowest level because of international sanctions. The new set of US sanctions included Iran’s automotive manufacturing sector. Iraq is the largest external market for Iranian cars.

Iraqi political analyst Ihsan al-Shammari said, “Iran is convinced that Iraq is currently its only economic lung, and it is normal that Iraq receives the majority of Iranian exports.”

In an interview with Al-Monitor, Shammari added that “what helps Iran strongly enter the Iraqi market is that Iraq is a consumption society.”

Shammari believes that “deepening Iraqi-Iranian ties this way will inevitably cause damage to Iraq's foreign relations, particularly with the United States, which feels that Iran’s nuclear program is a threat to its interests and security.”

According to Shammari, “Iran is in dire need of Iraq, particularly at this stage; not only to market its goods, but to export them to other countries, or to facilitate the movement of Iranian funds through Baghdad to Damascus and Beirut.” He said, “Iraq is Iran’s economic outlet to the world.”

According to many Arab and Western countries, Iran has been supporting Assad’s regime by providing it with fighters, weapons and funds. The regime was trying to contain popular protests, which degenerated into an armed rebellion more than two years ago.

Iraqi economic expert Majid al-Souri believes that “that the increasing trade relations with Iran will definitely help it lift part of its blockade.” In a statement to Al-Monitor, Souri said that “the increasing pressure on Iran due to the international blockade has given Iraqi traders the chance to deal with their Iranian counterparts in cash, rather than through bank transfers, as is the customary method in cross-border trade. Therefore, the demand for the dollar has increased in Iraq.”

“The relations between traders of different nationalities are only normal, provided that they do not go beyond the limits that could affect national interests. The Iraqi government has sympathy for Iran. However, this sympathy is akin to that shown by some countries towards Iraq during the economic blockade that was imposed on it in the 1990s,” he added.

Souri noted that “Iran has been trying to make the most of the remaining relations it has with neighboring countries,” emphasizing the growing economic relations between Iran, Russia and India. Iran has been also trying to set up gas pipelines through Pakistan, despite the strong opposition on the part of the US. Moreover, the large commercial exchange between Baghdad and Tehran comes in this context.”

For her part, Nahida Daini, a member of the Economic Committee in the Iraqi parliament, said that it is very difficult for Iran to control the goods that are sent to Iraq, because of the “many exchange ports on the long border between the two countries.”

Speaking to Al-Monitor, Daini said that “what is more important than the ease of export is the nature of consumption in Iraqi society, as goods entering to Iraq are greatly consumed by the population, regardless of the quality.”

“There is something like a political veto on the application of a customs tariff in Iraq, as if politicians want to allow Iran and other countries to flood the local markets with goods in order to undermine the domestic industrial capacity,” she added.