The victory of Hassan Rouhani is a triumph for rationality. 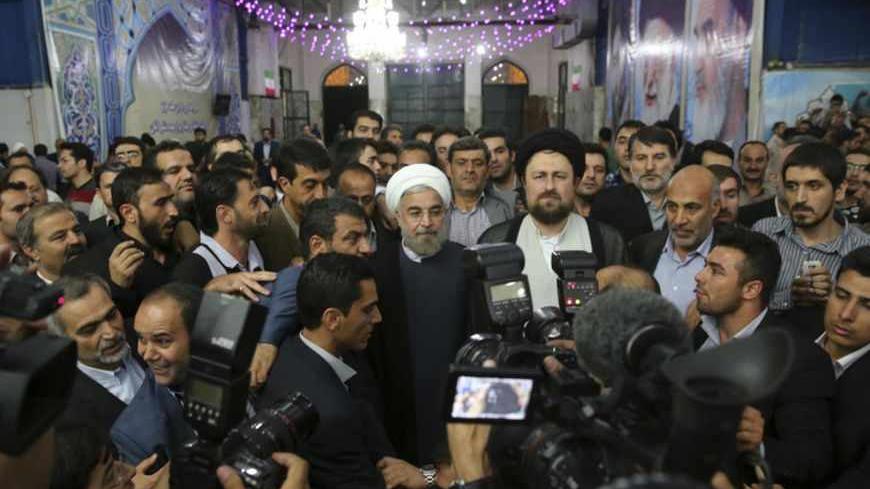 Although Hassan Rouhani’s victory in the first round of the Iranian presidential elections appeared to be surprising to many observers — particularly those outside Iran — the fact is that in the past 16 years since 1997, the reformist and moderate elements have won every national election in which they have been given a fair chance. This election was no exception. Rouhani became the front-runner the day the reformist candidate, Mohammad Reza Aref, exited the contest to support Rouhani’s campaign. After that, it became a matter of whether Rouhani would win the election in the first or in the runoff round. For this favor to Rouhani and the entire reformist-centrist camp, Aref might be appointed first vice president, a position he held previously, under the second government of Mohammad Khatami.

What can Rouhani do?

Those who assert that the president cannot make a difference in Iranian domestic politics or foreign policy most likely did not live in Iran during the Khatami and Mahmoud Ahmadinejad presidencies. Thus, they have no true basis for comparing these periods. Even ordinary Iranians can tell how politics, economy and culture were totally different under these two men, who served under the same Supreme Leader, Ayatollah Ali Khamenei. Certainly, a president is not in a position to change everything in Iran’s complicated political system, but he wields enough leverage to put his seal on Iranian politics and the economy, as presidents of the past couple of decades have done.

Rouhani, backed by the popular legitimacy he garnered with his undisputed victory, can now launch plans to return Iran to the path of economic development, political liberalization and rapprochement with the outside world after being derailed for eight years. The majority of the political elite has reached the conclusion that the country has been poorly run, particularly during the past four years, and has suffered from unnecessary tensions with the international community. Removing these tensions with Western powers and regional players is the key to addressing the economic hardship felt by all Iranians in their daily lives, notably during the last few years of international sanctions.

The consensus among the power centers in Iran was best illustrated by the Iranian Revolutionary Guard Corps’ statement in which it promised Rouhani that it would fully cooperate with him. At the same time, Majlis speaker Ali Larijani visited Rouhani’s office to congratulate him and to promise his full cooperation in selecting his cabinet. These gestures serve to indicate that Rouhani will not be on a collision course with the other power brokers in Iran. All the circles of power apparently want to rid the country of its foreign policy troubles and craft a resolution to the nuclear standoff. Rouhani is likely to find a mutually acceptable solution to the nuclear issue in a few months, leading to the lifting of sanctions one by one.

Rouhani’s foreign policy team, which is of course fully aware of the current problems with Iranian foreign relations and advocates economic diplomacy, will pave the way for much-needed foreign investment in the nation's oil industry. This will in turn enhance economic growth and employment, which is especially important for the country’s very young population. Mahmood Vaezi, the most likely candidate for the position of foreign minister, has three decades of experience in foreign policy, having served as deputy foreign minister and deputy director of the Center for Strategic Research (CSR). He defended Rouhani’s proposed foreign policy agenda against the representative of opposing candidate Saeed Jalili in a televised debate.

With respect to domestic politics, it would be very good news for civil society activists if Rouhani were to appoint Ali Younesi, deputy director of CSR, as intelligence minister, a position he held for seven years under Khatami. If this occurs, Iranians will once again see the print media flourish and many obstacles removed concerning the activities of civil society organizations, including nongovernmental organizations. In this respect, a period of political liberalization is predictable, though it might not be as vast as it was under Khatami. After the hardships and difficulties during eight years of Ahmadinejad, these positive changes will be enthusiastically welcomed by the educated middle class.

Moral of the story

Rouhani's election highlighted once again the chaotic and unpredictable nature of politics in Iran. As the scholar Homa Katouzian suggests, in a society as ungovernable and unpredictable as Iran's, it would require a biblical prophet to predict the future with any degree of certainty, and he might nonetheless be cheated by events. The Ahmadinejad government cut the CSR’s annual budget to paralyze the center and force Rouhani to resign from his position as director. After the 2009 elections, militants tried to storm the center’s building — they managed to destroy its sign — because they thought Rouhani belonged to the opposition camp. CSR survived with great difficulty, and four years later, it is Ahmadinejad who must congratulate Rouhani as the president-elect of Iran. There is an Arabic proverb that states that the world consists of two days, one day is against you and the other day is in your favor. It definitely applies to Iranian politics!