Ankara must now go on defense and try to protect itself from negative fallout in Syria. 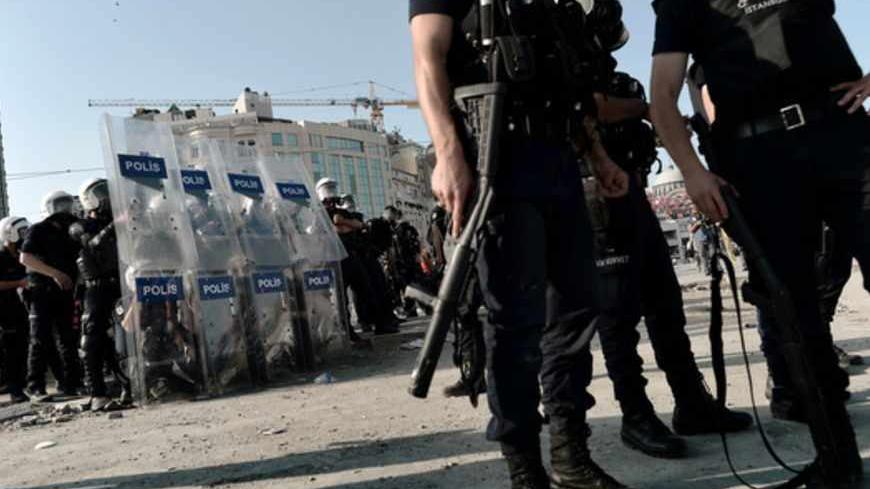 The Gezi Park protests and the brutal police crackdown on the nationwide demonstrations in support of them has not only tarnished Turkey’s credibility as an exemplary democracy once lauded as the “Turkish model," but has also diverted Ankara’s attention away from critical developments in the Middle East, much to the delight of its regional rivals, most notably Iran.

The government of Prime Minister Recep Tayyip Erdogan has effectively been forced to put Syria on the back burner as it tries to quell domestic turmoil at a time when the regime of President Bashar al-Assad has been making serious headway, with assistance from Iran and the Lebanese Hezbollah, against opposition forces backed by Turkey.

Those forces are now said to be in a state of disarray — much to Ankara’s disappointment and consternation — following their defeat at Qusair, the strategic city that connects the capital Damascus with Assad’s Alawite heartland on the Mediterranean coast.

With Assad now said to be rallying his forces for a move on Aleppo, and the chances of the US-Russia brokered Geneva II conference rapidly evaporating, Ankara has hardly any choices left but to go into defense mode and try to protect itself against more negative fallout from Syria.

It is not hard to imagine, therefore, that just like the Assad regime and the predominantly Shiite government of Prime Minister Nouri al-Maliki in Baghdad — which is also at serious loggerheads with the staunchly Sunni Erdogan government over Syria and other issues — Tehran should also be gloating over the latest turmoil in Turkey.

On the pragmatic side, it is also clear to Iranian policy makers, who have made the continuation of the Assad regime a strategic imperative, that the turmoil in Turkey has also diminished Ankara’s influence in rallying support for the Syrian opposition.

Meanwhile, some observers are taking the remarks of Iranian Foreign Ministry Spokesman Seyed Abbas Araqchi to Fars News on June 2, in which he described Tehran’s hope that the problem in Turkey will be solved “calmly and peacefully by the Turkish leaders’ insight” as containing more than just an element of schadenfreude.

But not everyone in Tehran has been diplomatic when referring to Turkey. Yahya Rahim Safavi, a senior advisor to for military affairs to Supreme Leader Ali Khamenei and a former commander of the Iranian Revolutionary Guard Corps, is a case in point.

Safavi was quoted by Iran Daily Briefing on June 10, following the battle of Qusair, as saying, "The United States, the Zionist regime and several Arab countries such as Saudi Arabia, Qatar and Turkey, who take orders from the United States, failed in their attempts to create a fake model of Islamic Awakening [the Iranian term for the Arab Spring] in Syria.”

Meanwhile, the government-controlled media in Iran has also been strident in its commentary on Turkey following the recent demonstrations. Writing for Press TV on June 4, columnist Yusuf Fernandez declared, “Turkey is currently the main supporter of terrorist groups that fight in Syria,” adding that most Turks condemn Erdogan’s policies toward Syria.

“Significantly, protesters in several cities chanted refrains such as ‘Chemical Erdogan,’ a reference to the tear gas used by police, but also an implicit criticism of the Turkish prime minister’s promotion of false claims that Damascus has used chemical weapons in order to give the US administration a pretext to attack Syria,” Fernandez wrote.

Put bluntly, Erdogan and his overreaching foreign minister, Ahmet Davutoglu, are now faced with what for them is a nightmarish prospect: that Assad — with help from Iran, Hezbollah, the Maliki government and Moscow — may remain in power in a Syria, which will then look on Turkey as one of its arch enemies.

This is certainly not what Erdogan and Davutoglu expected when they unleashed their vitriolic campaign against Assad and his regime and started providing assistance to the Sunni-led Syrian opposition. Put another way, Turkey is now faced with the option of intervening in Syria in order to counterbalance the Shiite/Alevi advances, or toning down its policy against the Assad regime.

Intervening unilaterally in Syria, given that for all the talk in Europe and the US about arming the opposition, the West appears unlikely to ever do so, is clearly out of the question for the Erdogan government, as this would not only lack public support, but also lead to more violent anti-government demonstrations in Turkey.

This leaves the Erdogan government with only defensive options, especially after the twin car bombings in Reyhanli on May 11 that killed 52 and which showed an already wary Turkish public how the Syrian crisis can spill over into Turkey. This situation is clearly a major setback for Ankara’s Sunni-based agenda for the region, and will also mean, in effect, that Turkey’s already diminishing influence in the Middle East will take another serious blow.

The fact that Erdogan will have to focus more on internal events must also be good news, not just for Damascus, Tehran, Baghdad and Hezbollah, but also for Russia, which continues to back Assad, not to mention the hard-liners in Israel who consider Erdogan an anti-Jewish Islamic-fundamentalist rabble-rouser, and are more than happy to see him face political difficulties.

Meanwhile, the brutal manner in which the Erdogan government treated the Gezi Park demonstrators and their supporters around the country is also being critically scrutinized by secular democrats in the region, and especially in Egypt.

Writing in The Egyptian Gazette on June 8, Mohssen Arishie pointed out that Islamists in both his country and Turkey “have, under the sleeve, the same clichéd accusations and rhetoric against the opposition to pull out when anti-government mass demonstrations unfold down the street.”

Indicating that Erdogan is branding the Turks denouncing his policies as "vandals," Arishie turned the tables on Turkey — which was once a model for the Middle East with its secular democracy — and said, “It is unfortunate that Egypt’s Muslim Brotherhood is walking in the footsteps of Erdogan’s government.”

Many Turks would see it the other way around, of course, not that it makes much difference either way.