Ankara and Riyadh are at loggerheads over Egypt as the “Sunni Axis” collapses. 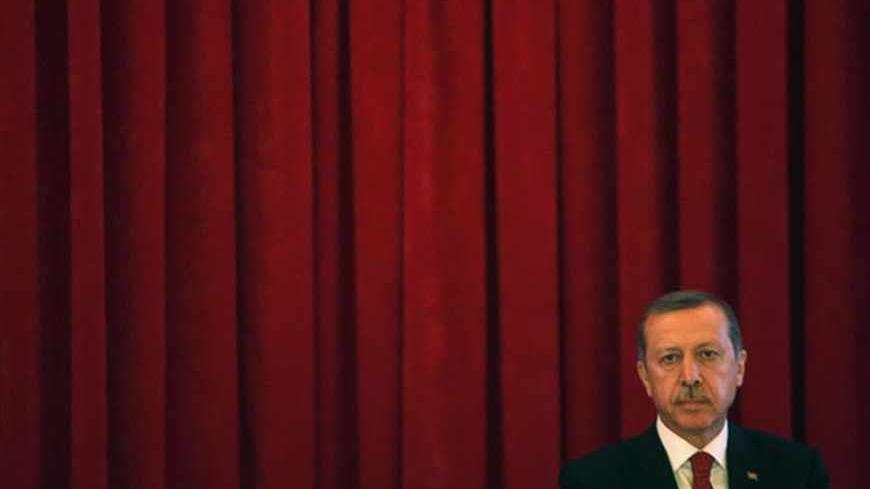 There was a time in the not-so-distant past when Turkish Foreign Minister Ahmet Davutoglu would fly from country to country, actively involved in efforts to settle disputes and reduce tensions in the Middle East. That was his heyday, when all eyes were trained on him as a new and welcome force that would use Turkey’s increasing soft power for the benefit of the region.

Davutoglu’s suggestion that Turkey understood the Middle East better than others because of its history in the region also had some credibility, despite the “neo-Ottomanism” this evoked for some at home and abroad. Meanwhile, Ankara maintained open channels of dialogue with everyone, including Israel, and this bolstered the notion that a Turkey “with one foot in Europe” could be a regional peacemaker.

Its identity as a predominantly Islamic yet secular and democratic country ruled by an elected Islamist government also made Turkey a model for the politically turbulent Middle East. Turkey proved that democracy, and the secular mode of government this requires, is compatible with Islam. Prime Minister Recep Tayyip Erdogan himself exhorted the Egyptians, after they toppled former president Hosni Mubarak, not to fear this kind of regime.

“In a secular regime, people are free to be religious or not,” he told Egypt’s private satellite channel Dream TV on Sept. 12, 2011, going on to recommend a secular constitution for Egypt.

This, however, is all in the past. Erdogan himself is now accused of tampering with Turkey’s secularism, and Ankara no longer has the ear of everyone in the Middle East.

Turkey’s relations with Israel hit rock bottom and ties with the Palestinian Authority chilled over Erdogan’s overbearing ideological affinity for Hamas. Meanwhile, Ankara’s Sunni-based single-dimensional Syrian policy, which was predicated on the wrong assumption that President Bashar al-Assad would be toppled quickly, ensured the emergence of new regional rivals and enemies for Turkey headed by Iran and the Lebanese Hezbollah.

The bottom line is that Turkey is no longer seen as a neutral force in the region. Instead it is seen as a power taking sides in disputes that have flared dangerously due to developments in Iraq and Syria, to promote its own brand of Sunni Islam, to the detriment of Shiite powers and secular elements of society. Turkey’s opportunity to play a positive role in efforts to reduce sectarian tensions and promote genuine democracy in the Middle East seems all but lost today.

This situation does not seem to pose a serious problem for Erdogan, however, especially since he started asserting his Islamist identity and sectarian preferences more blatantly over the past two years. This was also a time when a strong “Sunni axis” appeared to be emerging in the Middle East headed by Saudi Arabia, Qatar and Egypt under Mohammed Morsi, and of which Erdogan and supporters of his Justice and Development Party (AKP) wanted to be a part.

Erdogan clearly believed this to be a unique historic opportunity to promote his brand of political Islam, and his successive electoral victories emboldened him further in this respect, influencing his domestic and foreign policies accordingly. That this orientation was driving Turkey away from being an impartial soft power seemed not to be very significant for Erdogan either. Being part of the rich and strong Sunni axis amply made up for this.

It seems, however, that there was a miscalculation on the part of Ankara in this respect, too, just as there was with Syria, a fact that is being highlighted by developments in Egypt.

There is much self-righteous criticism emanating from Erdogan and government circles aimed at the West for not calling the coup in Egypt by that name. Such criticism has always gone down well with the AKP’s grassroots followers.

Tellingly, however, there is hardly a word being uttered by Erdogan, or other members of his government, that the core members of the “Sunni axis” actually welcomed the coup, even if this was carried out against a Sunni party, and has the support of secularists and non-Muslims. The assumption by Erdogan and the AKP that there is a monolithic and unified Sunni entity in the region that is in tune with the Turkish version of political Islam has proved, therefore, to be another fatal mistake. This stands to isolate Ankara even more in the Middle East.

Turkey is all but alone today among countries in the region in officially lambasting the Egyptian military and calling for Morsi to be reinstated through a democratic process. Erdogan can rightfully claim to his followers that this is an honorable stance. But it does not seem that stability will come to Egypt anytime soon, despite the announcement of a timetable for democratic elections.

Neither the killing of pro-Morsi demonstrators by the military nor the calls by the Muslim Brotherhood for an uprising are going to make matters any better. Blood has been spilled, and the situation will require very delicate management. There is also a desperate need for credible outside powers to come into play here and try to bring the parties to the conflict together in order to prevent a bloody civil war.

There was a time when Turkey could have played a positive role in this respect, and Davutoglu would have been the ideal candidate to spearhead efforts to reconcile the Egyptians. The Muslim Brotherhood would, of course, love to see Turkish involvement, given its close ties to the AKP.

However, it is highly unlikely that the Egyptians who took to the streets against Morsi would see Turkey as an honest broker at this stage. For them, Turkey under Erdogan is probably seen as supporting reactionary forces. Not surprisingly, this is also the perception among Turkish secularists.

In the meantime, Ankara’s support for the Muslim Brotherhood, and its castigation of those who toppled Morsi, can hardly be expected to endear Turkey to the Sunni powers that applauded the coup by the Egyptian military. Having alienated a key Shiite power like Iran over Syria, Ankara could now be on the verge of alienating key Sunni powers, starting with Saudi Arabia, over developments in Egypt, thus reducing Turkey’s influence in the Middle East even more.

It would be interesting to know what kind of a discussion Davutoglu is having with his Saudi counterpart, Prince Saud al-Faisal, these days, if indeed the two are talking at all. No contact has been reported, while Davutoglu’s “intensive phone diplomacy for Egypt” was carried by all the national papers. If there is no discussion, that, too, would be significant. The two countries are in agreement about arming the Syrian opposition — albeit for different reasons, perhaps.

But there seem to be fundamental differences in outlook on other key issues, and we see this in Egypt now. This is also happening at a time when Riyadh is upgrading the role it plays in the Middle East from Syria to Lebanon, and now in Egypt, so the potential for rivalry with Ankara is there.

It remains to be seen if Erdogan and Davutoglu will finally understand that, whatever their Islamist-based grand agenda for the Middle East may be. This is a region that can defy and confound such agendas. Islamic as they all may be, different powers in the Middle East have always had different agendas, and many of these have not tallied with the neat plans drawn up in Ankara or, for that matter, in the Istanbul a century ago.