Don’t Get Too Excited Over Rafsanjani’s Run

Iran’s former president throws his turban into the ring, but enthusiasm should be tempered by his spotty record, Iran’s bipolar system and the daunting challenges facing any Iranian leader. 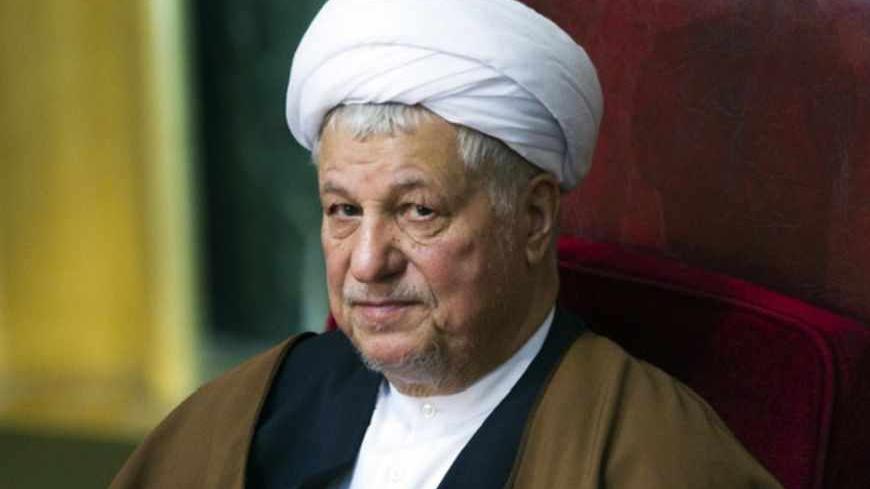 News over the weekend that Akbar Hashemi Rafsanjani has entered the race for Iranian president produced surprise and elation in some quarters that politics in the Islamic Republic are not completely dead.

But assuming Rafsanjani survives vetting by the system’s clerical-run Guardian Council, his chances for victory against conservatives supported by Supreme Leader Ayatollah Ali Khamenei should not be overestimated. Any enthusiasm for Rafsanjani’s candidacy should be tempered by his uneven past record as president in domestic and foreign affairs, Iran’s bipolar political system and the difficulty facing any Iranian leader in dealing with the country’s sharp downward trajectory.

Compared to the reckless Mahmoud Ahmadinejad, who defeated Rafsanjani in a runoff election in 2005, the wily old pol –— known as “the Shark” for his guile and his wispy beard –— might seem like a welcome return to pragmatism. A “pillar” of the 1979 revolution, Rafsanjani, who won two terms in 1989 and 1993, has more experience than anyone in the system — including Khamenei, who Rafsanjani helped promote to supreme leader in 1989 –— in managing Iran’s relations with the West and boosting the nation’s economic performance.

His proto-party, the “Servants of Construction,” engineered Iran’s recovery after the 1980-88 Iran-Iraq war, when oil production and revenues slumped to their lowest point. Rafsanjani also made overtures to the United States and helped to free US hostages in Lebanon. Those overtures were unsuccessful, however, in large part because of Iran’s support for anti-Israel groups and acts of terrorism. Iran has been blamed for the 1992 assassination of Kurdish dissidents in a Berlin restaurant, the destruction of a Jewish cultural center in Argentina that killed more than 80 people and an attack on a US barracks in Saudi Arabia in 1996 that killed 19 Americans. At home, Rafsanjani presided at the start of so-called “serial murders” of 80 Iranian writers and dissidents.

It was under Rafsanjani that the US adopted a policy of “dual containment” of Iraq and Iran that included an embargo on US involvement in Iran’s oil sector and the rejection of a mega-deal offered to Conoco. The United States also imposed the first so-called secondary sanctions during this period –— the Iran-Libya Sanctions Act of 1996 –— which threatened foreign companies investing in Iran’s oil and gas sector.

Even though Rafsanjani threw his support behind Mohammad Khatami in 1997 –— by law, Iranian presidents can only serve two terms consecutively –— Iran’s reform movement never fully trusted Rafsanjani and he came in last in parliamentary elections dominated by Reformists in 2000.

In 2005, as Khatami was ending his second term, Rafsanjani ran again for president. While there were allegations of fraud –— Reformist Mehdi Karroubi asserted that he, not Ahmadinejad, came in second in the first round and thus should have competed against Rafsanjani –— Ahmadinejad’s landslide win against Rafsanjani in the second round appears to have been legitimate. Iranians preferred Ahmadinejad at the time because he was a genuine man of the people who lived in a modest home in a working-class suburb in southeast Tehran. In contrast, Rafsanjani, whose family of modest pistachio growers has become colossally rich since 1979, has a palatial abode in upscale north Tehran.

While the family is believed to remain immensely wealthy, Iran’s brutal politics have not been kind to Rafsanjani and his kin, particularly since 2009, when they sided with Mir Hossein Mousavi and the Green Movement against Ahmadinejad. In March 2011, Rafsanjani was removed as head of the Assembly of Experts, a body of clerics tasked with supervising and choosing the supreme leader. Rafsanjani has also lost control of a system of free universities that he helped create and technocrats associated with him have been largely swept from government offices and replaced by less capable cronies of Ahmadinejad.

Even as Ahmadinejad has also fallen out of favor, the Rafsanjani clan has continued to be marginalized. The system has moved against two of Rafsanjani’s children –— daughter Faezeh and son Mehdi –— both of whom have served time in jail this past year for their activities in support of Mousavi and Karroubi, who remain under house arrest.

In 2009, Mousavi experienced a sudden swell of popular backing as Iranians turned against the poor record of Ahmadinejad. Under the principle of gravitating toward the lesser of two evils, the electorate might be more tempted by Rafsanjani than by any of the largely lackluster conservatives also vying for the post. (Esfandiar Rahim Mashaei, Ahmadinejad’s preferred candidate, also registered to run but is likely to be barred by the Guardian Council.) At 78, however, Rafsanjani may be too old for a last hurrah. And while Rafsanjani may have more appeal than nuclear negotiator Saeed Jalili, former foreign minister Ali Akbar Velayati and even Tehran mayor Mohammad Bagher Qalibaf, there remains the question of whether Iranians will vote in large numbers after the terrible letdown of 2009.

There is also the question of what any Iranian president can do in the face of crushing economic sanctions and a stalemate with the West over the nuclear program. While a new president may improve Iran’s image and change the tone of discourse with the outside world, the supreme leader has the final say on domestic and foreign policies. Should Rafsanjani somehow prevail, it is possible that the two remaining stalwarts of the 1979 revolution could work together to salvage the system and resolve Iran’s endemic quarrel with the United States. Iranian politics can be surprising, but at this point, that ending seems like something that only Hollywood could imagine.