Is Ahmadinejad Facing a Final Showdown with Rafsanjani?

As Iranian President Ahmadinejad loses influence and the support of the ruling elite, his arch-enemy, Akbar Hashemi Rafsanjani, may be due for a political comeback. Shahir Shahidsaless writes that the "comfortable and confident" former president offers solutions to Iran's crisis, and may well have won the support of the Supreme Leader. 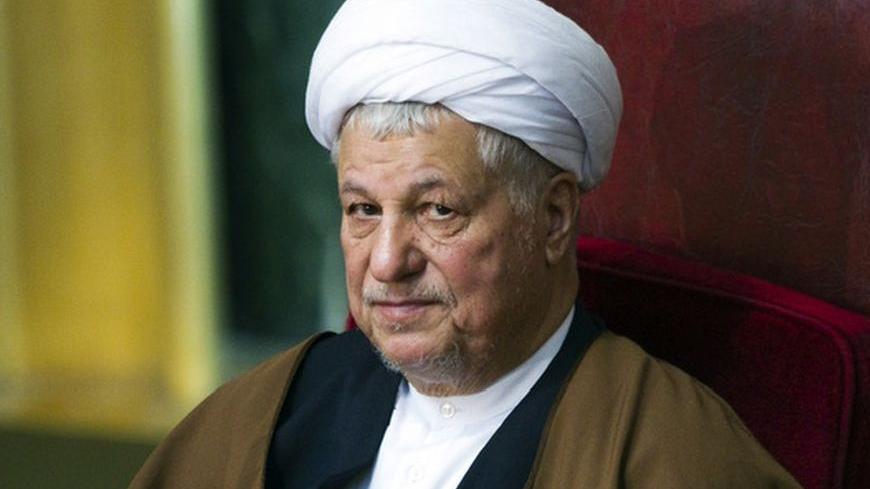 Akbar Hashemi Rafsanjani (known as both Hashemi and Rafsanjani) is one of the founders of the Islamic Republic of Iran. Rafsanjani, ex-chairman of the Iranian Parliament and the president of Iran from 1989 to 1997, currently heads the Expediency Council, which acts as the advising body to Supreme Leader Ayatollah Sayyed Ali Hosseini Khamenei. The Expediency Council also mediates between the parliament and the Guardian Council that vets all legislation. Known as a pragmatic politician, Rafsanjani was one of the most influential political figures in Iran for 26 years.

However, in 2005 Rafsanjani’s star began to wane. During that year’s presidential elections, Rafsanjani competed against Ahmadinejad through the second round. Ahmadinejad, supported by religious conservatives and the Iranian Revolutionary Guard Corps (IRGC), won the election. Subsequently, Mohammad Bagher Zolghadr, then-deputy commander of the IRGC, maintained that Ahmadinejad’s victory actualized thanks to a “multi-layer and complicated” plan.

Four years later, the disputed 2009 presidential elections kindled massive street protests. Mahmoud Ahmadinejad and his conservative supporters, overtly backed by the Supreme Leader, clashed with middle and upper-class urbanites, which emerged as the Green Movement. The movement was represented by defeated presidential candidate Mir Hossein Mousavi, who was supported by Rafsanjani.

These tremendous protests, mainly in Tehran, led the Green Movement leaders and Rafsanjani to believe that they were positioned to flex political muscle and win concessions from their rivals. In the West, a near-unanimous majority of commentators believed that a color revolution was in the making. In actuality, these clashes were manifested by the revival of a struggle within Iran’s fragmented society. Iranian sociologist Ramin Jahanbegloo describes this as a continuous tension between tradition and modernity, both with significant grassroots support.

Rafsanjani is not considered a modernist, but in 2009, he pragmatically capitalized on the dissident movement, grappling for his political survival.

Recently Rafsanjani’s son, Mehdi, who returned to Iran after three years in the UK, was taken to prison on a temporary detention order. Two days prior to that, Rafsanjani’s daughter, Faezeh, who was convicted in January 2012, was also taken to prison to serve a six-month term. Mehdi Hashemi is accused of inciting post-election unrest in 2009, as well as financial corruption. Faezeh was found guilty of spreading propaganda against the regime.

Many Westerners view these developments as the end of Rafsanjani’s political life. Ostensibly, this sounds reasonable. But delving deeper, there exists another plausible view.

Since 2009, Iran’s political landscape has transmuted both domestically and internationally. Domestically, president Ahmadinejad, Rafsanjani’s arch-enemy, has lost his influence and the support of the ruling elite, including the IRGC. Fars News, which allies itself with the IRGC, invariably attacks Ahmadinejad’s policies.

Ruling conservatives, Principlists, as they call themselves, deplore Ahmadinejad's decisions and some even advocate his early resignation. Further, the unprecedented uprisings of 2009, repeated again in 2010, have severely damaged the legitimacy of Iran’s government.

The upheavals led influential analysts, as well as policy-makers in the United States, to conclude that applying stern sanctions and supporting dissidents will coerce the Iranian regime into changing its behavior, and, perhaps more favorably, collapse.

Iran’s regime is in a deadlock over its nuclear program with the West. Khamenei argues that once the regime gets “daunted by the bullying of the arrogant power” and they “make concessions,” the West will persist with “pressure and intimidation,” envisaging more concessions until the Islamic regime “is ready to compromise Islam … and the Islamic Republic.”

Aside from the nuclear issue, mismanagement and sanctions have confounded Iran’s economy. The national currency is on a dangerous course, and prices are rising. The rial exchange rate has plummeted, surpassing 35,000 rials per dollar on October 1, 2012. This figure represents one-third of its worth a year ago. Meanwhile, the country is under constant threat of military action by the US, Israel and to some extent the UK.

Surprisingly, while pressures mount domestically and abroad, Rafsanjani has become politically active and appears comfortable and confident. He frequently discusses solutions to the current, critical situation that threatens the Islamic system’s stability. On September 26, 2012, after Mehdi’s arrest and Faezeh’s incarceration, he offered a multi-faceted solution to the crisis. Restoring national unity, opening the political atmosphere and pursuing policies of détente with the international community were among his six-part plan.

Ghodratollah Alikhani, former Iranian MP and adviser to Rafsanjani as head of the Expediency Council, in a statement on September 27, 2012, emphasized repeatedly that Mehdi’s return to Iran “was the decision of nezam,” literally meaning the decision of the system. However, in Iranian political discourse, when a decision is attributed to nezam, it means the decision is either made by the Supreme Leader or that it has his approval. He said that “when nezam makes a decision, that measure is superior to all measures.” He added, “at this moment … Hashemi’s opponents have no more excuse [to attack him].”

Other events also make a more convincing case for agreement at the top between Rafsanjani and Khamenei. Faezeh, Rafsanjani’s daughter, went to London to visit her brother during the Olympic Games. It is strange that she could leave the country while the court ruling of six months’ imprisonment had already been issued in early January 2012. According to Iranian law, one cannot leave the country while he or she is being convicted. In retrospect, one may ask, “Was she delivering a message from their father for Mehdi? Did she go there to tell Mehdi about the arrangements?”

It is unlikely that Mehdi would have returned, were he not assured of his safety. A short jail term for Mehdi, similar to that of Faezeh, would assuage Rafsanjani’s opponents, and he would emerge clean, prepared to help concenter reformists/moderates and principlists together, thus restoring the government’s legitimacy with Khamenei’s blessings.

Khatami, the former Iranian reformist president who is widely respected by the domestic opposition, also appears in public frequently and advocates national unity and opening the political atmosphere as Iran’s only way out of the crisis. The basis for this viewpoint may be that once the country is united, Iran’s people will mobilize against sanctions, making it extremely difficult for the US to ratchet up pressure in the name of the Iranian people.

Additionally, perception will dictate that the US government is against the people, more so than Iran’s government, if the country stands united against US and international sanctions. To achieve this, as Khatami has repeatedly suggested, the jailed leaders of the Green Movement should be released and there must be a free and fair election. Rafsanjani also supports and shares this assertion, having recently remarked that “free and open elections would solve many of the current problems.”

Under current conditions, the most competent person to unite the two camps, obviously with the blessing of Khamenei, is Rafsanjani. He is close enough to Khamenei that they can communicate, while he is respected by the domestic opposition.

Viewed from this angle, logic dictates that a mild sentence for Mehdi and Faezeh’s own six-month sentence will close one chapter as Rafsanjani opens another. Nearing Iran’s upcoming presidential elections in June 2013, the next few months will reveal which direction Rafsanjani’s political life leads.

Shahir Shahidsaless is a political analyst and freelance journalist, writing primarily about Iranian domestic and foreign affairs. He lives in Canada.