The next Iranian president will have a full plate, dealing with economic and foreign policy challenges which are linked. 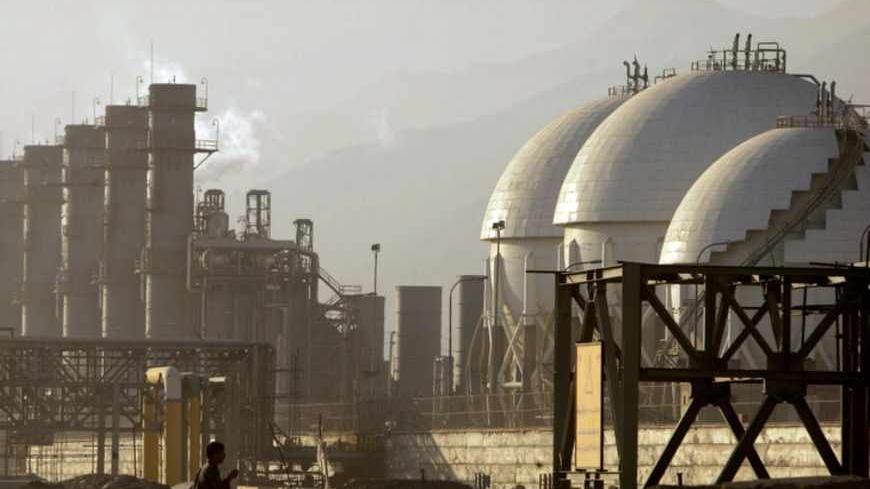 A view of a petrochemical complex in Assaluyeh on Iran's Persian Gulf coast, May 28, 2006. - REUTERS/Morteza Nikoubazl

For Iranians, the election is about the economy first, foreign policy second. The economic challenges include inflation, unemployment and devaluation of the national currency.

Inflation is disproportionately hurting the lower and middle classes. While Iran’s Central Bank reports that the inflation rate for 2012 has been 27.4%, Steve Hanke, professor of Applied Economics at The Johns Hopkins University and a senior fellow at the Cato Institute in Washington estimates that Iran experienced an inflation rate of 110% for the same period. This is quadruple the rate reported by the Central Bank.

This situation has taken place despite that during Mahmoud Ahmadinejad’s presidency, Iran’s oil revenue has amounted to over half the total revenue of the last 104 years, i.e., since the beginning of the production of oil in Iran. Notwithstanding this unprecedented revenue, the national currency has plummeted to one-third its worth a year and half ago. Financial sanctions meanwhile have restricted access to more than $60 billion of oil sale revenues deposited in Chinese and Indian banks.

Iranian economists have identified various root causes for the current economic turmoil. From a macro perspective, some blame the Ahmadinejad government’s poor domestic economic management while others consider the international sanctions as the main factor behind the dismal economical state. The fact is that economic mismanagement and sanctions have both contributed to the current situation.

Noteworthy is that some experts like foreign policy advisor to the supreme leader, Ali Akbar Velayati, believe that even sanctions are the result of poor foreign policy management, in particular, with regard to the nuclear dossier. They blame the Ahmadinejad’s administration for lack of interaction and adopting proper dialogue with foreign powers.

In this respect, Velayati stated: “We should feel sorry for the country’s economic situation. ... With prudence we could have avoided many of the imposed sanctions.” Velayati criticized the government’s nuclear policy by declaring, “Having skill is to have a nuclear program but without UN resolutions.” However, Iran nuclear negotiator Ali Bagheri rejected this view. Bagheri responded: “Some say ‘Having skill is to have a nuclear program without [UN] resolutions.’ Yes. I also say having skill is to go to war without any bloodshed, but how?” However, all eight candidates qualified by the Guardian Council have maintained they are capable of fixing the economy and resolve the nuclear crisis.

It is important that the next Iranian president does not view the world as a place of perpetual war and conflict, because today cooperation and creative diplomacy is fundamental to modern international relations. During the last eight years, the bombastic rhetoric of the Iranian government paved the road for the United States and its Western allies to form a consensus at the UN Security Council, imposing draconian sanctions, and intensifying pressure on Iran.

Iran can expect even more sanctions this year. The United States House of Representatives’ Committee on Foreign Relations passed a bill on May 22, 2013, to impose sanctions on all companies doing business with Iran, regardless of transaction type or company size. This new bill is primarily intended to further reduce Iran’s crude oil sales, creating more limitations on transactions with Iran, curbing Iran’s access to roughly $100 billion in foreign exchange reserves at financial institutions located outside of the country, and to hinder Iran’s ability to receive gold in return for energy exports. The sanctions dictate that Iran may only barter its crude oil and gas in return for foodstuff, medicines, and industrial products.

On the same day, the US Senate passed a resolution expressing full support for a possible Israeli attack against Iran’s nuclear facilities. While non-binding on the president, the resolution passed with 99 ayes with no opposition.

As Hassan Rouhani, the representative of the Supreme Leader at the Iranian National Security Council stated, “The primary objective of the next [Iranian] government should be to build confidence and trust with the international community and resolve the domestic economic crisis — this can only be achieved by removing the tensions with all nations, particularly our neighbors … and lift the sanctions.” The June 14 Iranian presidential election could certainly be a turning point for resolving the current domestic economic and international crisis over the country’s nuclear issue. When it comes to reform, the country’s economic management experts unanimously declare that the massive human capital of thinkers, experts, investors and economists forced into retirement or immigration should be reemployed and returned back to the county. Their ideas and plans for improving the country should be utilized to the fullest.

When it comes to foreign policy and the nuclear issue, Iran needs a president with considerable popularity to achieve its rights to a peaceful nuclear program. In order to create a rational process of interaction with the regional countries, the West and the United States, the new administration must be steadfast and have majority support of the populous. A government with a weak base can be easily coerced and exposed to intimidation.

A pragmatic and realistic president and administration can preserve Iran’s dignity while simultaneously demanding the country’s right to a peaceful nuclear program. Such a government relying on popular support can sensibly bargain with the P5+1 countries, actualize its right to a peaceful nuclear program, and gradually remove the international sanctions. Such an approach has historical precedent in Iran. In 1951, Mohammad Mossadegh, Iran’s popular prime Minster, effectively resisted Britain’s naval blockade by having immeasurable people’s support.

The world is not indifferent to such an attitude change. The election of a president with a vast popularity who aims to reduce tensions in Iran’s foreign relations is a clear signal to the world that Iran is beginning a new chapter in its foreign policy. This does not mean submitting to coercion. It should be clear to the West and especially America that Iran’s history is burdened with stories of resistance and disobedience to foreign powers. Having said that, it is vital the new administration demonstrate willingness and capacity to resolve the crisis. That’s why the Iranian people are undergoing a historical election.

Seyed Hossein Mousavian is associate scholar at Princeton University. He served as the Head of Foreign Relation Committee of Iran’s National Security Council from 1997 to 2005. He is author of The Iranian Nuclear Crisis: A Memoir, published by Carnegie Endowment for International Peace in 2012.