After 65 Years of Nakba, Hope In New Palestinian Generation

The latest generation of Palestinian refugees may be one to restore the right of return. 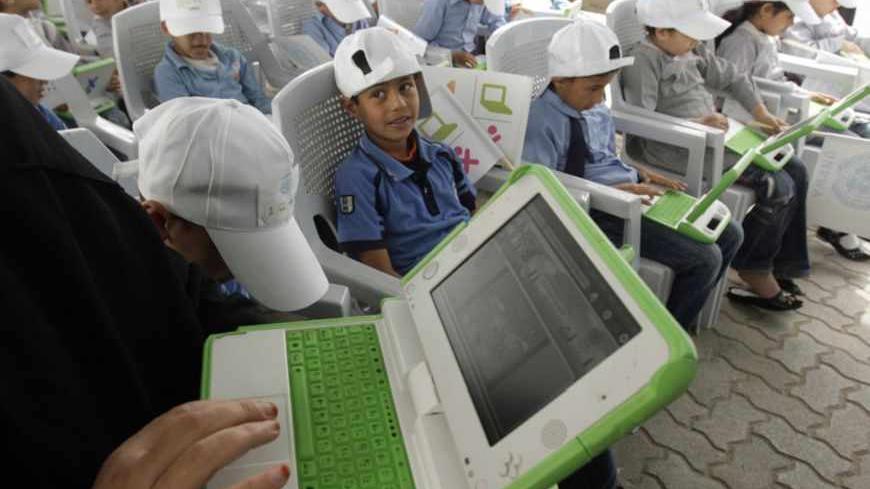 A teacher shows Palestinian pupils how to use new laptop computers at a United Nations school in Rafah refugee camp in the southern Gaza Strip, April 29, 2010. - REUTERS/Ibraheem Abu Mustafa

Palestinians in refugee camps and Arabs everywhere remember the Nakba. May 15 marks the 65th anniversary of this tragedy, which resulted in the expulsion of hundreds of thousands of Palestinians from their homes in the wake of the creation of Israel.

To this day, many families still keep the keys to their old houses as symbolic family heirlooms: a culture of knowledge about the past. These keys have been the seeds of stories about lives ripped apart — witnesses to a better day. Passed down to each subsequent generation, the keys stood out as the only remaining symbol that a return was possible. The keepers of these keys never gave up hope, but their hope had waned to a point where the right of return seemed dim indeed. That is, until the new generation of Palestinian refugees.

The new generation of Palestinian refugees is increasing the base of knowledge — in part, because of their access to technology and the Internet. Despite socioeconomic status or physical location, Palestinian young people everywhere are able to coordinate their efforts, pool their knowledge, and research details that were previously absent pertaining to their continuing status as a people without a home. As a result of this growing interconnectedness, the feasibility of return becomes increasingly possible and realistic to this new generation as a result of the growing knowledge about the Palestinian refugees’ experience.

It is imperative that the idea of a secular, bi-national Palestinian state be reintroduced as a feasible, practical, and humane option to all concerned. This has been advocated by many since 1967, including myself, and by people like the late Edward Said, Hisham Sharabi and other Palestinian intellectuals and leaders. This idea is a reasonable, practical and just to all concerned.

The right of return, if the memory from 65 years ago is constantly being perpetuated and growing, it's no longer impossible that the right of return could become a long-awaited reality. The Palestinian refugees cannot last and should not have to last any longer. What, at this moment, might be dismissed as “impractical,” the growing knowledge base will lead this generation and the coming ones to be emboldened and retrieve their homes in their new homeland: a secular, democratic Palestinian state where cohabitation replaces discrimination, exclusion, and denial of internationally recognized human and national rights for the Palestinians.