Libya’s armed militias are consolidating their authority in key parts of the country and pushing to entrench their power politically. 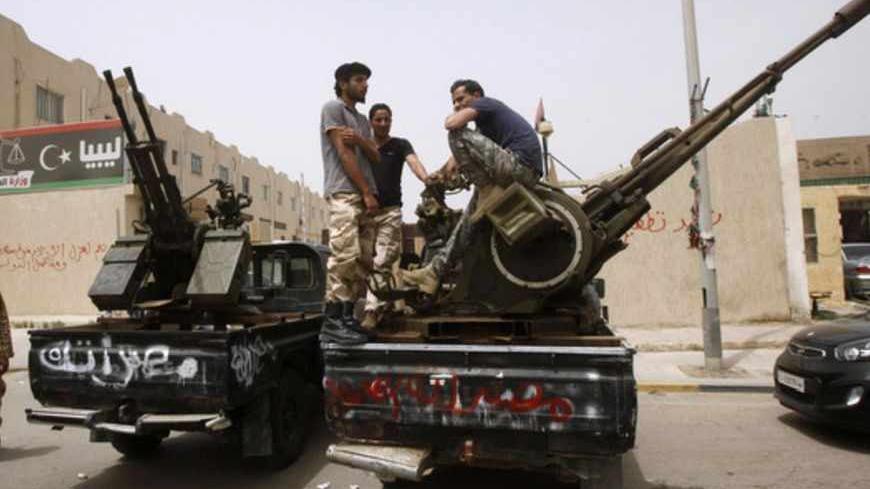 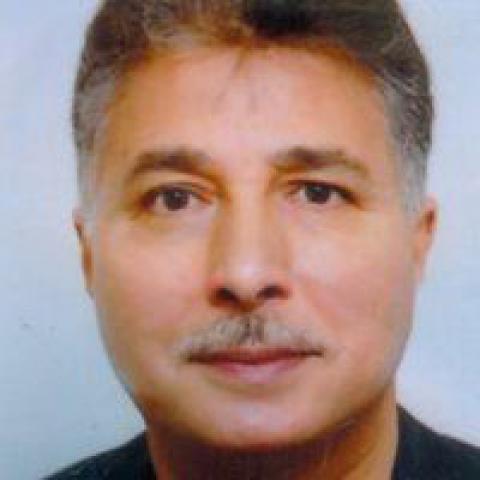 Ironically, former Libyan leader Moammar Gadhafi claimed in his final days, “I am in the heart of all Libyans, how can I step down?” at a time when the cry from the Libyan people was an unequivocal “Go!”

Tragically, two years later, his claim holds more than a hint of truth. Through control of education and the media, Gadhafi had created a nation of clones who today, after his downfall, are unwittingly or unconsciously reciting the same mantra. Ingrained in this mantra is the culture of conquest and bounty, otherwise known as theft of public funds.

The rampant economic corruption which unfolded after the conclusion of the armed conflict could put any veteran Gadhafi-era kleptomaniac to shame.

The most blatant case of corruption started almost immediately in a program to provide injured fighters with medical care abroad. Former health minister Fatma Al-Hamroush spoke of a sum approaching $2 billion spent in 45 countries, yet less than 15% of the money was spent on its intended purpose. Instead, cash was squandered on anything and everything a medical facility could turn a profit from, including tummy tucks, lip enhancement, tattoo removal, electrolysis, nose jobs and breast enhancement.

The beneficiaries of this bonanza were not only the hundred or so officials who enriched themselves in league with the private doctors and hospitals abroad. Thousands of Libyans were willing and eager participants in the biggest and most brazen embezzlement of public funds in Libya’s history.

While Libyans were scrambling to claim their share, power brokers in league with local allies were positioning themselves to claim the bounty of all bounties: Libya itself.

Ever since the beginning of the February 2011 uprising, there has been a continuous flow of arms and funds to specific groups inside Libya, with one principle aim: to set up a Libyan regime ideologically responsive to regional powers.

Simultaneously, there was a continued and relentless resistance to building a national army and police force. Groups were mobilized to sow fear and chaos and to insure that no law and order, functioning government or security could exist.

The political stage was being meticulously set as well. In the last few days before the elections for the General National Council (GNC), the electoral law was surreptitiously amended to give armed militias the right to vote. The move was calculated to ensure that warlords who benefitted from the flow of arms in the absence of a national military force could now enter the GNC, combining political clout with military might “Lebanese style.”

For months after the election, the GNC was preoccupied and polarized, discussing the exclusion law meant to exclude those who worked for the Gadhafi regime from assuming public office. When the law was finally passed on May 5, it was after a number of armed raids on the prime minister's office and the GNC in session, including one incident in March in which all members of the GNC were held hostage for close to 11 hours. Women members were verbally abused, elderly members were beaten up when they tried to escape the building and a hail of bullets met the speaker's car as he left.

Despite strident denials, it’s obvious to most observers that the GNC had passed the exclusion law with a gun pointed to its head rather than out of political conviction.

The exclusion law was welcomed by part of the traumatized and battle-fatigued hostage population in the hope that it would bring an end to the trauma. Some hoped that once the law was passed, the militias would self-disband and peace and tranquility would prevail. In actual fact, the passing of the law has emboldened and further increased the appetite of these groups for power. Many of the politicians who hailed the passing of the exclusion law will discover in time that they were celebrating their own political demise.

The next step for these armed groups and the politicians in tow will be to select an ideologically sympathetic constituent assembly to draft a constitution which will entrench their ideological control of the country. The political coup which started with the passing of the exclusion law will then be complete.

It’s futile to look to the government for leadership in the unfolding situation. There is no government as such in Libya. There are individuals who carry official titles, but other than those backed by armed groups, none have much authority even within their own ministries. When the justice minister promised the closing of private detention centers where political opponents are held and sometimes tortured, his ministry was besieged by armed groups. The Interior Ministry is ransacked whenever the salary it pays to hired gunmen is overdue, and a few miles away, the Foreign Ministry has also come under siege to rid it of “Gadhafi loyalists.”

The country consists of a number of “green zones” where daily life is relatively safe. However, the rest of the country, particularly swathes of the south, is a no-man’s-land. Tripoli, the capital, is controlled by three main armed militia groups from Zintan, Misrata and Tarhuna. Ministers and public officials dare not travel far outside the perimeters of their self-designated “green zone" for fear of kidnapping or worse.

Under these hostage conditions, no government, elected or otherwise, can seriously proceed with building the foundations needed for reconstruction and development.

In a society lacking visible law enforcement, the conditions created by the 42-year Gadhafi mantra are now the foundation of mob rule. This environment of lawlessness is now being exploited by militias who are positioning themselves for power and control.

Libya is in serious trouble. A group of wise, credible and altruistic Libyans should form some sort of Privy Council. Such a panel of wise Libyans must meet, discuss and recommend a safe passage out of this mess, which can only come through a process of national reconciliation. Otherwise, Libyans will face a more complex, catastrophic and irreversible situation very soon.

Abdullah Elmaazi is the founder and CEO of Trakon Consulting & Training, which offers training and consultancy in the oil, gas and water industries. He is a regular contributor to The Tripoli Post and As-Safir Al-Arabi.