As Lebanon’s governmental crisis moves forward, traditional alliances may be shifting as inefficiencies in the old confessional system come to the surface. 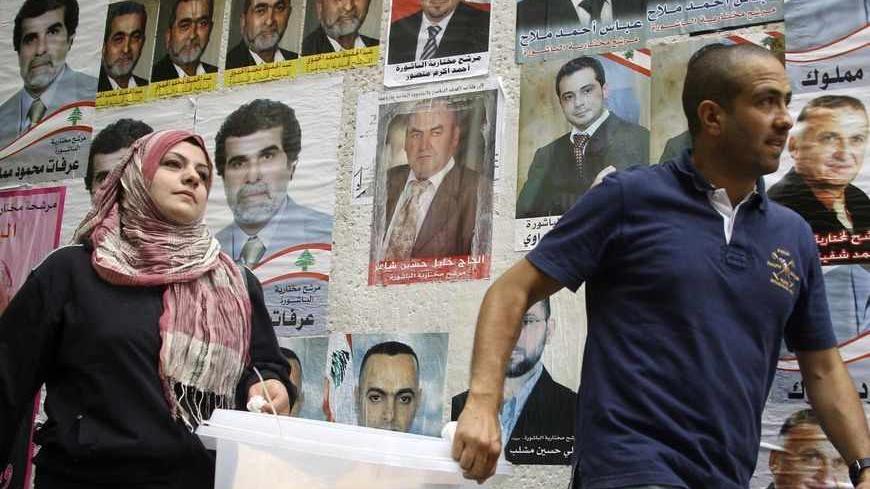 It may be important to follow up on the ongoing governmental and parliamentary crises in Beirut. However, it is certainly more important to shed light on the root causes of these crises and their main indications in Lebanon and around the region.

In the latest development regarding the government crisis, Beirut MP (and Prime Minister-designate) Tammam Salam, who is in charge of forming the new government, agreed with the Hariri alliance to which he belongs, and with Druze leader Walid Jumblatt and President Michel Suleiman, to form a government consisting of 24 ministers. The ministers are to be distributed equally: eight for the Suleiman-Salam-Jumblatt triangle, eight for the Hariri alliance and eight for Gen. Michel Aoun’s alliance with Shiite forces. The latter rejected this offer, however, for several reasons:

First, the Aoun-Shiite alliance feels that Salam and Jumblatt have become part of the Hariri team, and thus the attempt to include them in the distribution of ministerial quotas is an open maneuver to gain the largest number of seats in favor of the Hariri alliance.

Subsequently, Jumblatt went to Riyadh, where he met with Saudi National Intelligence Chief Bandar bin Sultan, whom the Aoun-Shiite forces alliance describes as the new Saudi "guardian" of the Lebanese file. Jumblatt brought Salam back [some] Saudi reflections on giving the process more time and not moving toward one-sided solutions.

At the time, discussions were underway to reach a settlement over the impasse pertaining to the two rejected government proposals. The latest formula put forward in this regard is the readoption of the eight ministers for each team equation, while giving the Aoun-Shiite alliance forces an implicit ninth minister. This means that the latter alliance would have an additional minister, but that minister would be formally named by the president. This proposal is said to be making headway, and that it has been agreed that this "king minister" — as it is called in Lebanese political and journalistic terminology — would be the fifth Shiite minister in the government, on the grounds that the Shiite forces are to name the four other Shiite ministers. It has also been said that the president would choose this minister from among the Shiite Lebanese army officers who assist him in the presidency. The government crisis would be solved in this twisted way.

There is a similar crisis at the parliamentary level. Since the last parliamentary elections in 2009, it became clear to all Lebanese forces that there is a glaring flaw in the election law. It is a dual flaw, both at the level of democratic popular representation and the representation of various Lebanese sects.

At the level of popular representation, the election results showed that the alliance between Aoun and the Shiite forces finished ahead of the Hariri-Jumblatt alliance by almost 150,000 votes. However, the distribution of electoral districts through gerrymandering allowed the party that lost at the popular-vote level to win more parliamentary seats than the actual popular-vote winner.

Furthermore, the elections revealed that Christians brought around half of their 64 deputies to parliament through Christian votes, while the rest were elected through votes of Muslim sects. This came as a result of placing Christian parliamentary seats in districts with large Muslim populations.

Therefore, since 2009, it has become clear that there are two problems with the election law. The first is a democratic problem that can only be solved through the adoption of a proportional representation system in order to address how the current system of majority districts distorts the national popular vote.

The second is a consensual problem that can only be solved by creating a system that allows Christians to choose a larger proportion of their deputies. However, the Hariri-Jumblatt alliance rejected any solution to the two problems since it would inevitably result in its loss of the parliamentary majority in any election. On the other hand, the Aoun-Shiite forces alliance maintained its rejection of any law that undermines popular as well as Christian representation as it would lead to a repeat of its 2009 parliamentary defeat.

All this has led to the idea of ​​a mixed electoral system. According to this system, a number of deputies would be elected on the basis of a majority system in small districts, while other deputies would be elected based on proportional representation in larger districts. However, the impasse persists as the various groups calculate their odds of winning and losing districts. It is noteworthy that the limited time remaining before end of the parliamentary term on June 20 will most likely impose the extension of the current electoral system.

However, there are deeper underlying causes behind the government and parliamentary crises. In short, the Lebanese constitutional system endorsed in the Saudi city of Taif in 1989 has actually led to linking the system’s functionality to external regulatory and operating elements, rather than internal ones. The Constitution does not mention mechanisms necessary to address crises or details about the formation of constitutional authorities.

Many other examples show that the Lebanese system is filled with constitutional loopholes that require constant adjustment, guardianship and tutelage from the outside. This was provided by the joint Syrian-Saudi role from 1990 to 2005. Today, the essence of the Lebanese crisis may be that the external elements have become unable to control the situation in Beirut. The events in Syria and ensuing Arab and international alignments with either party to the conflict in Damascus prevented any external party from controlling the Lebanese situation. In reality, things in Beirut have been left to play out according to their own dynamics, which broke down as a result of a system that is unable to function on its own.

The essence of the current Lebanese crisis might lie in the following paradox: Beirut, for the first time in two decades, is free — but free under a constitutional system that was established in different circumstances, and perhaps for opposite goals, and whose drafters did not envision an independent Lebanon.