Kilometers of fine roads testify to the fact that illegal outposts in the West Bank flourish under the auspices of the Israeli government. 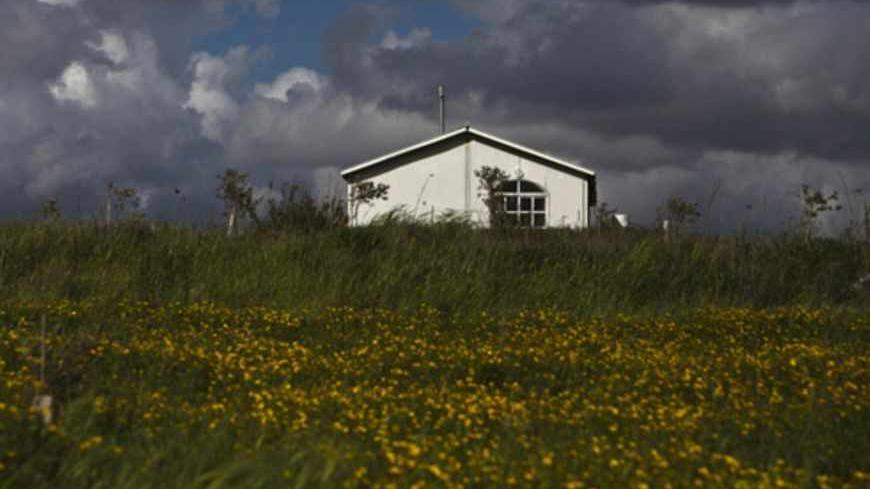 A house is seen at the unauthorized Jewish settler outpost of Havat Gilad, south of the West Bank city of Nablus, March 17, 2013. - REUTERS/Nir Elias

Greetings! I assume that you will have already finished your short trip to Israel by the time this is published, so allow me to apologize for not writing to you before your plane took off from Washington. It is quite possible that if, by some chance, you had seen this then, you would have considered staying home instead of crossing the Atlantic.

Let me cut to the chase. Yesterday, I conducted another tour of the settlements in Samaria, particularly those settlements lying on the mountain ridge that cuts through the territory. While doing that, I reached a very clear conclusion. Allow me to express it by saying, “Forget about it!” Or, to put it slightly differently, “Don’t waste your time.” What I mean to say is that the old formula of “two states for two peoples” is bankrupt. It’s dead, it kicked the bucket, it’s pushing up daisies, it went the way of Elvis. Anyone who repeats that mantra today should reconsider. They should hit the reboot button or simply pay a visit to the West Bank.

Some 8 million people now live in Israel. I do not know how many of them have actually toured Samaria recently, except for the people who live there of course. Driving along those first class highways that were built at an enormous cost throughout the entire West Bank — and I mean five-star roads with multiple lanes and proper lighting, like you won’t find outside the small towns of southern Israel, or in the north for that matter — it is hard to avoid coming to the conclusion that they are here to stay. Almost half a million Israelis now live in the West Bank (“Judea and Samaria” as it has been known since late Prime Minister Menachem Begin came to power). Most of them are concentrated in the major settlement blocs, but even the mountain ridge is now home to more than fifty thousand Israelis, some of them in illegal outposts. We’re talking about thousands of families.

For most of the Israeli public, the word “outpost” conjures up an image of a gang of young delinquents, who set up an isolated caravan on top of some hill and live in field conditions, as if they were part of an underground movement. That would be a mistake. All of the outposts, and I mean all of them, benefit from infrastructures provided by the state, and the term “illegal” is little more than a subterfuge, used for political communication. In the 21st century, even the most ideological activists on the right would not climb up some hill with little children in tow and live in a caravan without electricity or running water. And so, tens of thousands of settlers in settlements and outposts alike receive electricity and water and roads and street lighting, their garbage is picked up, and they are granted a certain quality of living. But they are not to blame. They are not gangs of lawbreakers, as some of the Israeli “fighters for peace” try to present them, because the state does not regard them as such. If the state regards them as law-abiding citizens who sometimes try to test the boundaries of the possible, to create facts on the ground and to align the state with their desires and deeds, then who are we to complain about them?

They’re right, at least according to their point of view. As far as they are concerned, they are dragging Israel along the path of “pioneering” and “self-fulfillment,” and the state responds willingly and even invests in them. And so, outside Itamar, Yitzhar and Har Bracha, all near the city of Nablus, new outposts and nature sites have sprung up, with personal names like ''Gideon,'' ''Yovav,'' ''Neriah,'' ''Boaz,'' ''Ariel'' and ''Karmit,'' or names that describe the breathtaking panoramas seen from above, such as ''Alumot'' (“Sheaves”), ''Giveot Olam'' (“Hills of Eternity”) and ''Mitzpeh Shloshet Ha-Yamim'' (“The Three Seas Observation Post,” because old-timers swear that on a good day you can see the Mediterranean, the Sea of Galilee and the Dead Sea from there), etc. That is how tourist areas, ranches and farms that produce milk, cheese and eggs emerged, as people forged a strong bond with nature and the seemingly endless spaces there.

And then there are the roads. There are so many roads.

Many Israelis continue to believe that the vision of two states for two peoples is still possible. According to them, the large settlement blocs will remain under Israeli control in any case, so that Israel will only be forced to evacuate isolated settlements and outposts as part of some exchange of territories. That, Mr. Kerry, is what the Qatari Prime Minister Hamad bin Jassim bin Jaber Al Thani spoke to you about in Washington just a few weeks ago, when he tried to revive the Arab Peace Initiative (April 30, 2013).

But every clear-sighted individual should tour the settlements in Samaria to see Israel’s enormous investments outside the major settlement blocs, and how hard it would be to imagine the process being reversed.

I’m not writing this out of some sense of anger toward the settlers. They did exactly what the state enabled them to do. The state let them believe that this is the new Israeli pioneering spirit, and they simply took it a step further. True, some of them went too far. There were some who stretched the boundaries of the possible, but most of them came because the state supported them. Even when they established their “illegal” settlements, the state just winked and hinted to them to continue. It sent them the message that even if the dogs are barking, the convoys of caravans can get through. And get through they did. Even if they got stuck for a moment, a new road was immediately paved to open up the way for them.

So now, Mr. Kerry, the next time you come for a round of talks in the region, I suggest that you save yourself the time and avoid all those exhausting meetings at the prime minister’s office in Jerusalem and the Mukataa in Ramallah. Go out into the field. Pay a visit, for instance, to Avri Ran, the settler who controls the Giveot Olam outpost. Listen to his vision and understand his methods. Maybe you’ll even meet the people who are carrying out what he started. They are popping up like mushrooms after the rain. Avri Ran is considered the forefather of all the illegal outposts. You can learn more about the reality in the West Bank from him than you can from anyone or anything else.

Let me end with another little piece of advice. It is well worth thinking about some other concept besides the two-state solution. Try thinking about “something completely different.”

I just don’t know what that is.