In the wake of the Hawija incidents where Sunni protesters were killed and injured by military forces, tribes and towns throughout the provinces of Anbar and Kirkuk are arming themselves, writes Ali Abel Sadah. 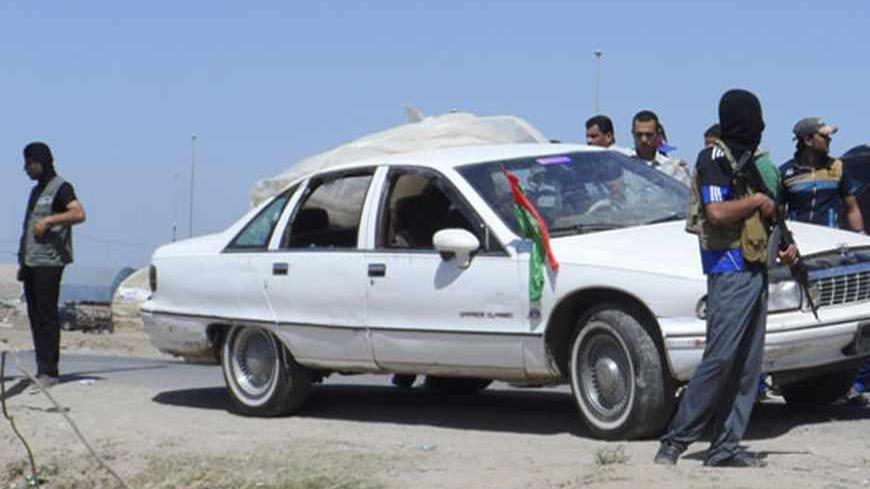 After the federal army stormed the protest square in the town of Hawija and killed and injured dozens of civilians — supposedly searching for weapons and outlaws — Sunni tribal youth in Anbar, Kirkuk and Mosul have rushed to take up weapons to defend themselves, as stipulated in the “directives of leading Sunni cleric in Iraq Abdul-Malik al-Saadi,” who “authorized [Sunnis] to fight in self-defense.”

Armed units that do not belong to the regime were established in the protest areas to protect protesters, should they be subjected to an attack similar to the one that occurred in Hawija. Saed Murad, a volunteer who took up arms in Ramadi, said, “Dozens have registered their names on the list of the Sunni army.”

Many young protesters believe that carrying weapons is “the final solution” to regain control over their cities, and free them from the Iranian influence in Iraq, according to Murad.

Hostility to Iran has increased in the country’s Sunni areas, with many accusing Shiite political leaders of being loyal to Tehran.

Moreover, carrying weapons is necessary, according to tribal traditions in Iraq. After tribal members are killed, their relatives believe they have to avenge their death and defend their peers.

One night after the Hawija square was stormed, Ali Hatem al-Suleiman, a tribal leader in Anbar, stood up in the square and called on the people to fight the government army in Baghdad and to drive it out from the Sunni areas.

This call prompted the fast recruitment of young people willing to fight. Video footage broadcast by local stations in Anbar showed dozens of teenagers carrying light and medium weapons in the vicinity of the square where the sit-in was being held.

But the armed manifestations began to include youth defending their Sunni tribes, as well as Sunni factions that identified themselves as “resistance” groups, and which had been active in the fight against US troops.

A well-informed source in the protest square said that “the leaders of 11 factions held a meeting to study the chances of a massive attack being launched against the interests of the Iraqi government in the province,” but these plans were postponed at the request of the protesters who said that what is currently needed is to defend the Sunni protesters and prevent a repeat of what happened in Hawija.

The recent events taking place in sit-in areas have enabled the emergence of different forces that want to play an active role in the events. In the house of a former officer in the Iraqi army, dozens of former Iraqi soldiers held a meeting with tribal leaders that lasted more than five hours.

The informed source from Anbar said, “The former officers offered their services to the tribes to provide support and assistance to the administration of the Sunni army movement.”

The source, who requested anonymity, said that "the parties had agreed on everything, but a dispute broke out between them when the officers asked the tribes not to proclaim the formation of a province for the Sunnis in return for the provision of military assistance.”

In the city of Kirkuk, things look more mature according to Mithaq al-Obeidi, a spokesman for the demonstrators there. Obeidi said there have been remarkable developments in the Sunni efforts to form an army of their own.

Obeidi said in an interview with Al-Monitor that “a tribal council was formed from all the Arab tribes in Kirkuk after a three-day meeting that was concluded with the announcement of an armed force including tribal members.”

Obeidi asserted that “the armed force is carrying out military exercises in a camp where these armed groups are stationed.” However, Obeidi refused “to identify the location of the camp for security reasons, yet noted it was in the vicinity of Hawija.”

Obeidi added that “the tribal sheikhs and clerics are handling the training and supervision operations for military forces, which have received a huge influx of weapons.”

According to Obeidi, the new military formation does not include factions that were fighting during the US presence in the country.

The spokesperson on behalf of the protesters in Kirkuk estimates that “there are around 50,000 tribe members in these complexes.” Meanwhile, he outright denies “the new army’s incorporation with the Naqshbandi Army, the Islamist army or the 1920 Revolution Brigades.”

The new military formation started its activities only recently. According to Obeidi, “This army’s units have tightened their grip completely on five large neighborhoods located in the different regions of Kirkuk city, north of Baghdad. They also toppled around 20 security locations recently and detained 10 soldiers from the Tigris Operations Command.”

Obeidi affirms that his forces “have currently reached and blocked the agricultural road connecting Hawija to the remaining regions in Kirkuk. Moreover, the leaders of those forces negotiated with the military checkpoint led by a Kurdish officer on that road.”

Regarding the operation that Obeidi was discussing, those forces have almost reached Hawija.

“The forces have come within a whisker of Hawija center,” he said.

Obeidi clarified, “The Sunni army is besieging the regime’s army present in the region from all sides, and it has sent out calls to its troops to leave their locations. We have written letters to the general in charge of Battalion 47 that is affiliated with the Ministry of Defense and the Tigris Operations Command to withdraw from Kirkuk. If the army does not withdraw, a decisive Hawija battle shall begin.”

On the other hand, a high-ranking officer told Al-Monitor about immediate orders that were given to special military forces to move from the southern districts to Baghdad in order to bridge the gap that the SWAT forces left after withdrawing from Baghdad and heading toward Anbar and Kirkuk.