Which Iranian presidential candidate will capture the urban and youth votes? 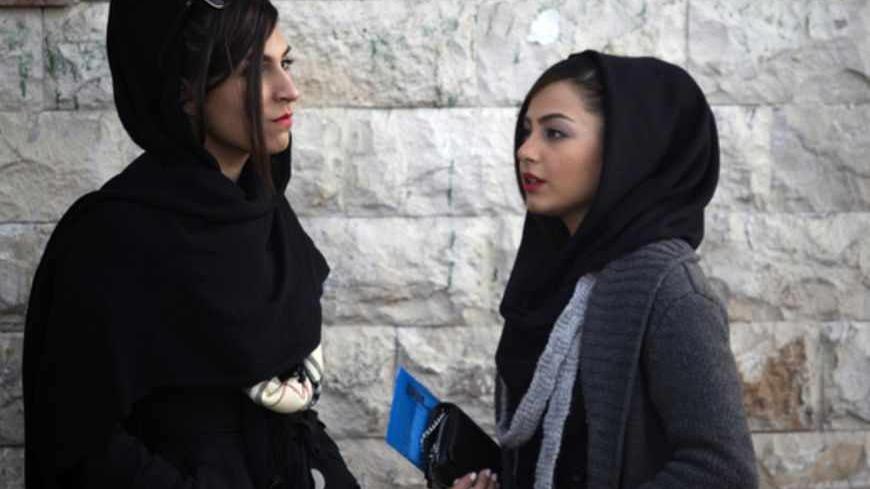 Two Iranian women talk at a corner of a square in northern Tehran, Feb. 26, 2012. - REUTERS/Morteza Nikoubazl

Experts agree that Iran has witnessed a socio-economic transformation in the past two decades. This transformation is not just seen in simple quantitative aspects (such as population growth and urbanization), but also some structural and value-based realities that will have an impact on the future of Iranian society. Some of the value shifts will have an impact on the voting behavior as well as expectations of the next government.

In the upcoming election on June 14, some 50.5 million Iranians will be eligible to vote. While the number of eligible voters increases, the composition of the electorate is also shifting as a result of demographic and other socio-economic trends. For example, based on the census data from October 2011 (the latest census in Iran), it can be estimated that the age group of 18 to 35 will make up about 50% of the electorate. In other words, the candidates that can attract the younger groups will be in a better position to score results. It is therefore no coincidence that some of the candidates are focusing on the younger generation and their concerns, such as job creation and cultural freedoms.

There are other trends that will influence voter behavior on June 14. Some of the key trends based on the data disseminated by the Statistical Center of Iran include:

The above trends will have multiple impacts on the presidential elections and the future government: First off, these trends will influence voting behavior. It is clear that a growing number of the urban and younger generations would reject the traditional attitudes of a candidate such as Saeed Jalili, who has stated that the best role for women is to stay home and look after the family. Furthermore, the future president will be pulled in different directions by a society that is becoming more modern and a conservative establishment that views many of these trends as threats to Iran’s religious and traditional identity. Last year, even Supreme Leader Ayatollah Khamenei reacted to these findings and called on the officials to draft and implement policies that would lead to a massive population growth in the country.

However, census data indicates that government incentives (such as Ahmadinejad’s policy of paying a bonus for each new-born child) have not worked. It is evident that the actual behavior of Iranian families, especially urban families, is mainly driven by the bigger socio-economic picture and their concerns about the country’s future. As such, the electorate will pay more attention to the ability and track record of the candidates to manage the country’s socio-economic challenges. Furthermore, the success of the next president to return the country’s economy to some degree of normalcy and to generate optimism about the future will have a greater impact on the behavior patterns of Iranian families compared to government instructions to have more children. Improved economic conditions may also reverse the trends in phenomena such as divorce rates.

There is no doubt that the socio-economic developments of the past decade have had an impact on the value system in Iranian society. It is evident from the statistics that the average Iranian is moving away from the traditional Islamic values. This apparent disenchantment that has been affecting Iranian society since the 1979 Islamic Revolution is a central theme among large segments of the urban population, and it can be argued that this very same phenomenon fed the Green Movement in the 2009 post-election developments.

It remains to be seen how this value shift will show itself on election day. The result may be that a growing number of urban and young Iranians will stay away from the polls, registering their protest by boycotting the elections. There are also some who believe that the population is aware of the fact that it has a choice within a limited field of candidates and that it is better to opt for those candidates who are more likely to understand the needs and expectations of the modern segments of Iranian society.